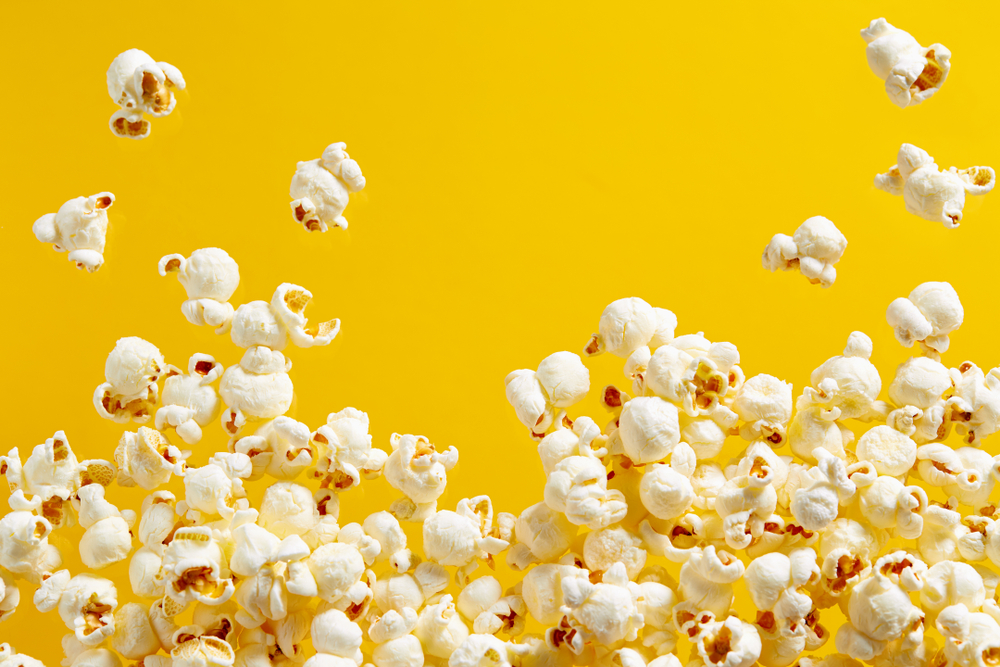 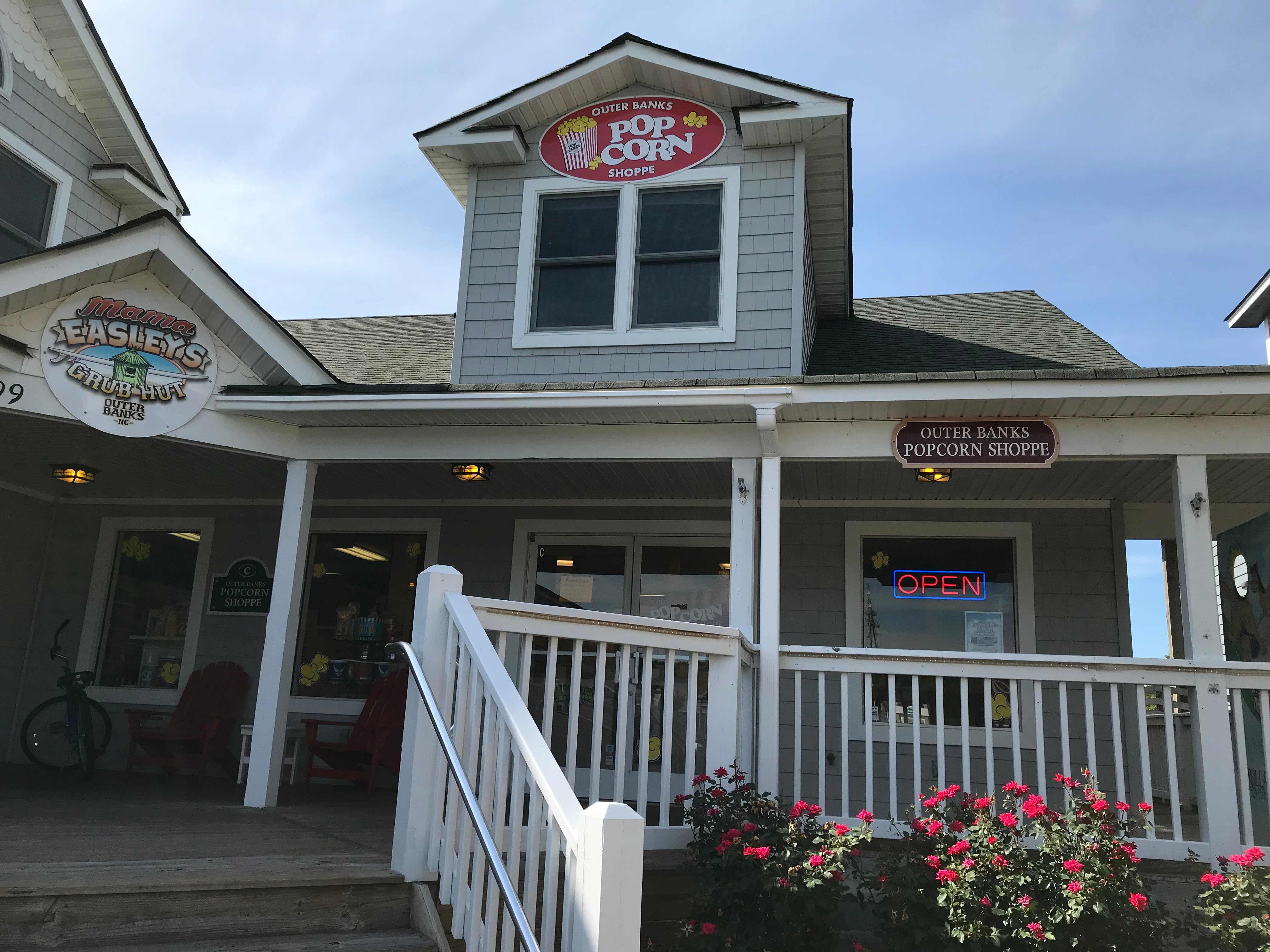 Starting or growing a business in Currituck County comes with its own set of unique obstacles. We’re a rural community with deep roots. Some luxuries that other places have aren’t accessible in our area—like a steady stream of year-round customers.

How can you make your business a success when it seems the odds are stacked against you?

You get creative like Ted and Lindsey Jagucki of The Outer Banks Popcorn Shoppe.

The Popcorn Shoppe isn’t Ted and Lindsey’s first business. It isn’t even their second or third. They didn’t move to the OBX with stars in their eyes, dreaming of buttery popcorn clouds. They came to buy a sports bar.

After realizing the bar was out of their reach financially, the Jagucki’s purchased an established pizzeria instead. Over the years they’ve also owned a tanning salon and managed a Dunkin’ Donuts.

The key to their success has been to create multiple sources of income. Chances are better that when one business is flailing, the others will pick up the slack.

2. Don’t be afraid of the shoulder seasons

Peak summer season only lasts about 3 months. In that time, many Currituck businesses scramble to make their year’s earnings. It makes sense, since tourism dollars equal profit dollars.

But you can’t forget about the locals. After the summer rush, local residents are the people who are going to supplement your summer cashflow during the rest of the year.

Get creative and find ways to provide products and services for the people who call Currituck home. Stay open longer and later. Look into expanding your online sales to reach a national (and global) customer base.

By adding just one shoulder season, the Jaguckis were able to double their sales for that year. It wasn’t easy. There were some nights when Ted didn’t get home until one in the morning, but seeing black instead of red on the ledger provides great motivation.

It’s something we all inherently know, but seldom practice because we’re too busy chasing that ever-so-attractive dollar. I said it earlier, and I’ll say it again and put it in bold: Don’t neglect the locals.

If you want your business to do well in Currituck, you need local support. Relocating to the county is one way to make it clear you’re here to stay. Ted and Lindsey came all the way from Ohio and now live happily in Grandy.

Not satisfied they were doing enough to help, they began a fundraising program at the Popcorn Shoppe. Now local schools, churches, and organizations can sell delicious gourmet popcorn and keep a portion of the profits. This helped to establish the Outer Banks Popcorn Shoppe as a trusted and loved business with a heart.

A huge part of this that can’t be understated, is treating your employees right. When Ted learned that his seasonal staff couldn’t find housing, he rented an apartment for them. Show your employees you care and you’ll earn their loyalty. 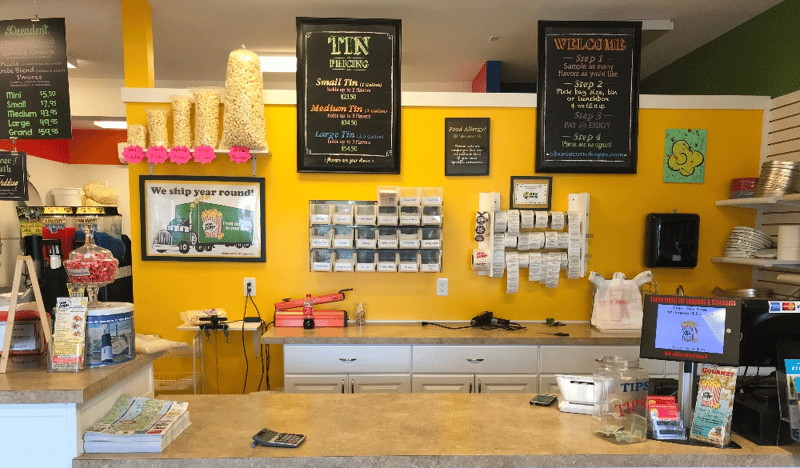 Ted’s advice? “Look for something that is lacking, have a ‘what is needed’ mentality if you want to open a business in Currituck.”

Take a hard look at the product you want to offer and ask yourself if someone else is already doing that job. If they are, and you can’t do it better, do something else.

Already a bakery on that corner? Open a coffee shop.

5. When all else fails: block the competition

There’s nothing wrong with a little friendly competition. It leads to more innovation and better customer experience. But what if someone wanted to open a pizzeria next door to your pizzeria? That sounds like a declaration of war and it’s exactly what happened to Ted and Lindsey Jagucki.

The moment they learned someone intended on opening their own pizzeria in the same unit as theirs, they rented that unit. Initially, Ted intended on keeping it empty. He said that the rent would have been less than the lost revenue from having an identical eatery adjacent to them.

But the unit owner wasn’t interested in having an empty storefront and the Jaguckis had to fill it with something.

So they sat down.

And they opened the Outer Banks Popcorn Shoppe.

These Stories on Retail

North Carolina Companies in the Fortune 500

Built to Last: Recycled Furniture Company Ready for the Future