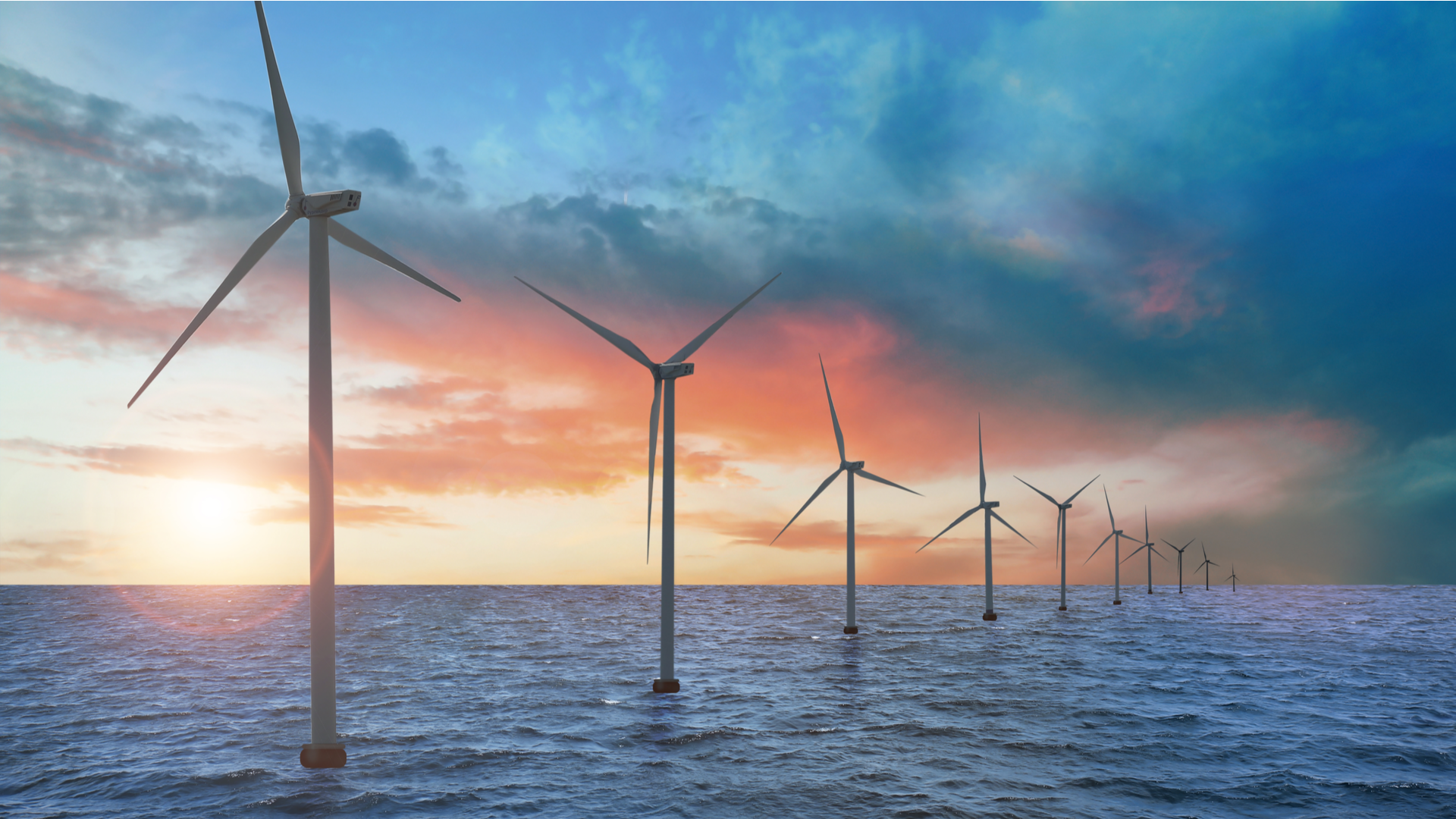 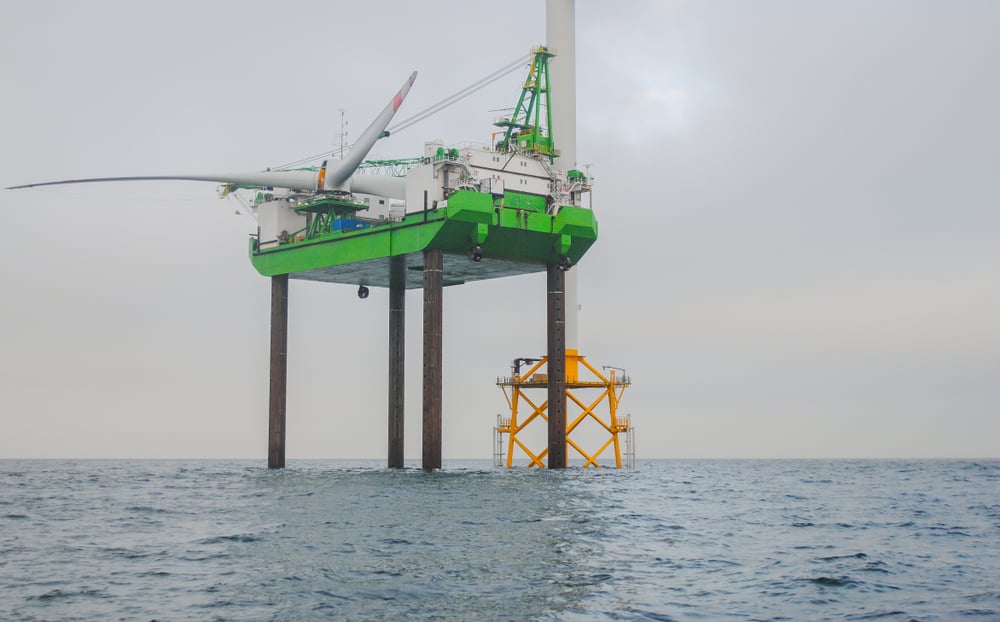 North Carolina is in a good position to take advantage of long-term economic benefits from the development of environmentally sustainable offshore wind energy over the next two decades.

A group of advisory experts recently met for the first time to discuss policy, economic, and career development foundations that may help the state capture billions of dollars of investment and thousands of jobs.

Gov. Roy Cooper convened the inaugural meeting of the North Carolina Taskforce for Offshore Wind Economic Resource Strategies, or NC TOWERS for short, in February. The task force met in person in Wilmington.

State officials and industry leaders are focused on three offshore wind development areas in North Carolina — two near Wilmington, and one in Northeastern North Carolina, more than 27 miles off the coast of Corolla in Currituck County.

“Clean energy, including offshore wind, is not only good for our planet but for our pocketbooks,” said Cooper.  “This task force brings together government, the private sector, advocates, community leaders, and the military to help North Carolina take advantage of the economic opportunities that offshore wind manufacturing and the associated supply chain presents.”

The group’s responsibilities include:

NC TOWERS’ inaugural meeting lasted nearly four hours. The entire meeting was live streamed and recorded (if you’d like to see and hear all of it firsthand, watch it here). The state, and industry groups, also recently published detailed statements about North Carolina’s opportunities in offshore wind.

That’s a lot to digest. So we did some listening and reading for you. 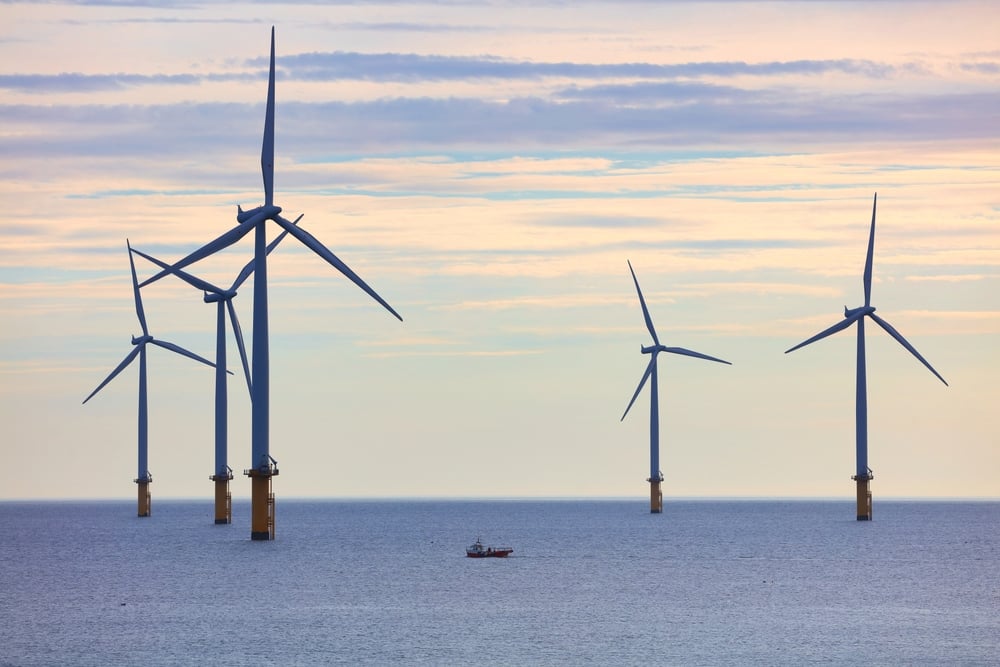 1. Billions of dollars in the air

A recent analysis also found that constructing 2.8-gigawatts of offshore wind power capacity off North Carolina’s coast by 2030 could result in an economic benefit of up to $4.6 billion for the state’s economy. On top of that, that same analysis predicts that cost reductions from the federal clean energy investment tax credit extension could produce an additional $2.1 billion. And the quantitative benefits to North Carolina from fewer carbon emissions could yield $8.4 billion more.

For context, 1 gigawatt of power is enough energy for about 400,000 average homes. An executive order by Gov. Cooper set a goal of 8 gigawatts of offshore wind energy development by 2040.

Colin Kiser, Senior Manager for International Business Development with the Economic Development Partnership of North Carolina, put it another way: The creation of a new, multi-billion dollar advanced manufacturing sector and regional supply chain is the dream of economic developers across the globe.

State officials said potentially tens of thousands of jobs are up in the air if North Carolina pursues offshore wind development. These jobs will require professionals from all fields – everything from information technology, electrical systems, logistics, engineers, high-tech manufacturing, and finance.

Specifically, an analysis identified the potential for up to 31,000 full-time equivalent positions during the NC project’s construction phase. Nearly 1,000 ongoing projects are possible during the project’s operational lifetime.

That lifetime is about 60 years, assuming the key components are updated after 30 years.

The state has a labor force of more than 5 million people and a growing manufacturing sector workforce of nearly 500,000 people. In addition, North Carolina also has a large existing labor force of mechanical engineers, fabricators, industrial engineers, and metal workers.

On top of that, North Carolina’s colleges and universities produce thousands of graduates each year who will leave school with specialized, high-tech skills that offshore wind projects will require. 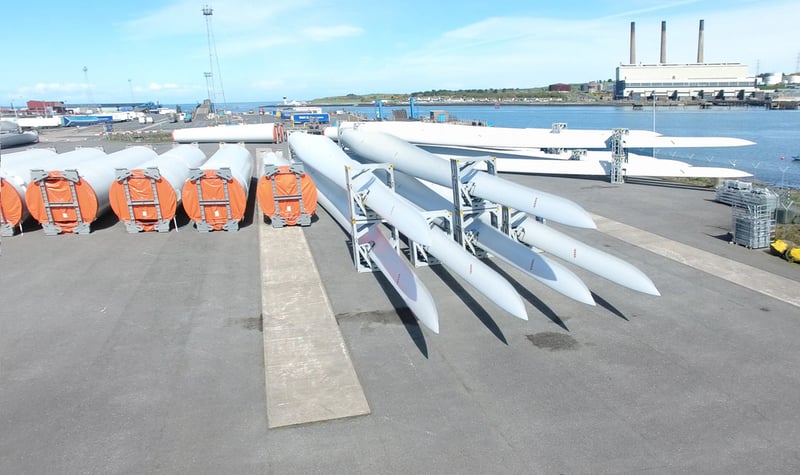 Wind turbines and component parts are mostly made in Europe.

But North Carolina could become America’s turbine manufacturing leader.  That means even with no wind turbines spinning off North Carolina’s coast, the state can still capitalize on a huge economic opportunity, said John Hardin. He’s the executive director of the North Carolina Department of Commerce’s office of science, technology, and innovation.

The reason, explained Hardin, is the state’s central geographic location on the East Coast, along with a strong existing manufacturing economy and infrastructure.

“Even if there were no (offshore wind) activity off the coast of NC, this is still a significant opportunity for NC, because of all the activity in all of the other states,” Hardin told the task force.

Due to the size of most of the wind turbine components, the largest and most critical components can’t be manufactured too far off-site from the installation location, explained Andy Geissbuehler, chief executive officer of Atlantic Power Transmission. He has more than 25 years of offshore wind power industry experience in engineering, procurement, and construction.  These important components include turbine blades.

In addition, Geissbuehler said the port at Morehead City and the Port of Wilmington will also play key roles in the state’s wind industry as components and people travel to and through these maritime facilities. North Carolina’s geographic location allows the state to serve supply chain needs for all East Coast offshore wind markets.

Forbes and CNBC have also recognized North Carolina as one of the top states for business.

4. An environment of economic opportunity

North Carolina has about 322 miles of ocean shoreline.

Industry experts and advocates say the state’s long shoreline makes North Carolina a good place to develop offshore wind power. One reason is that offshore wind speeds tend to be higher than on land. That means harnessing more potential energy.

All communities need reliable sources of clean energy. Right now, many of those sources emit carbon or greenhouse gasses. They aren’t environmentally sustainable. Offshore wind has some distinct environmental advantages. 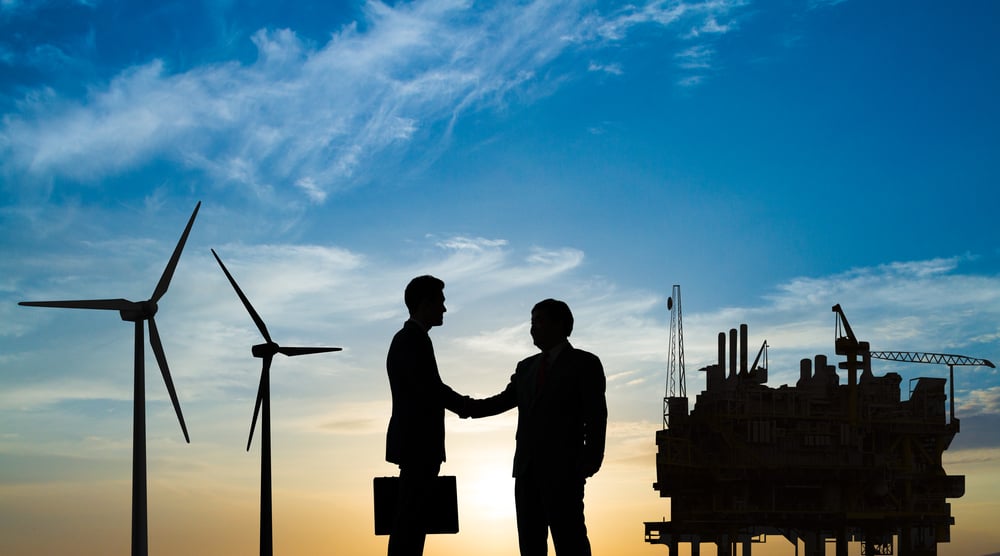 The Southeast and Mid-Atlantic Regional Transformative Partnership for Offshore Wind Energy Resources or SMART POWER agreement for short, is essentially a policy and best practices framework for how North Carolina, Virginia, and Maryland can work together.

“This agreement will help unlock our collective offshore wind resources and generate tremendous economic and environmental benefits for the region,” Northam said in a statement. “We look forward to working with our partners in Maryland and North Carolina to grow the offshore wind industry and secure a cleaner, healthier, and more resilient future.”