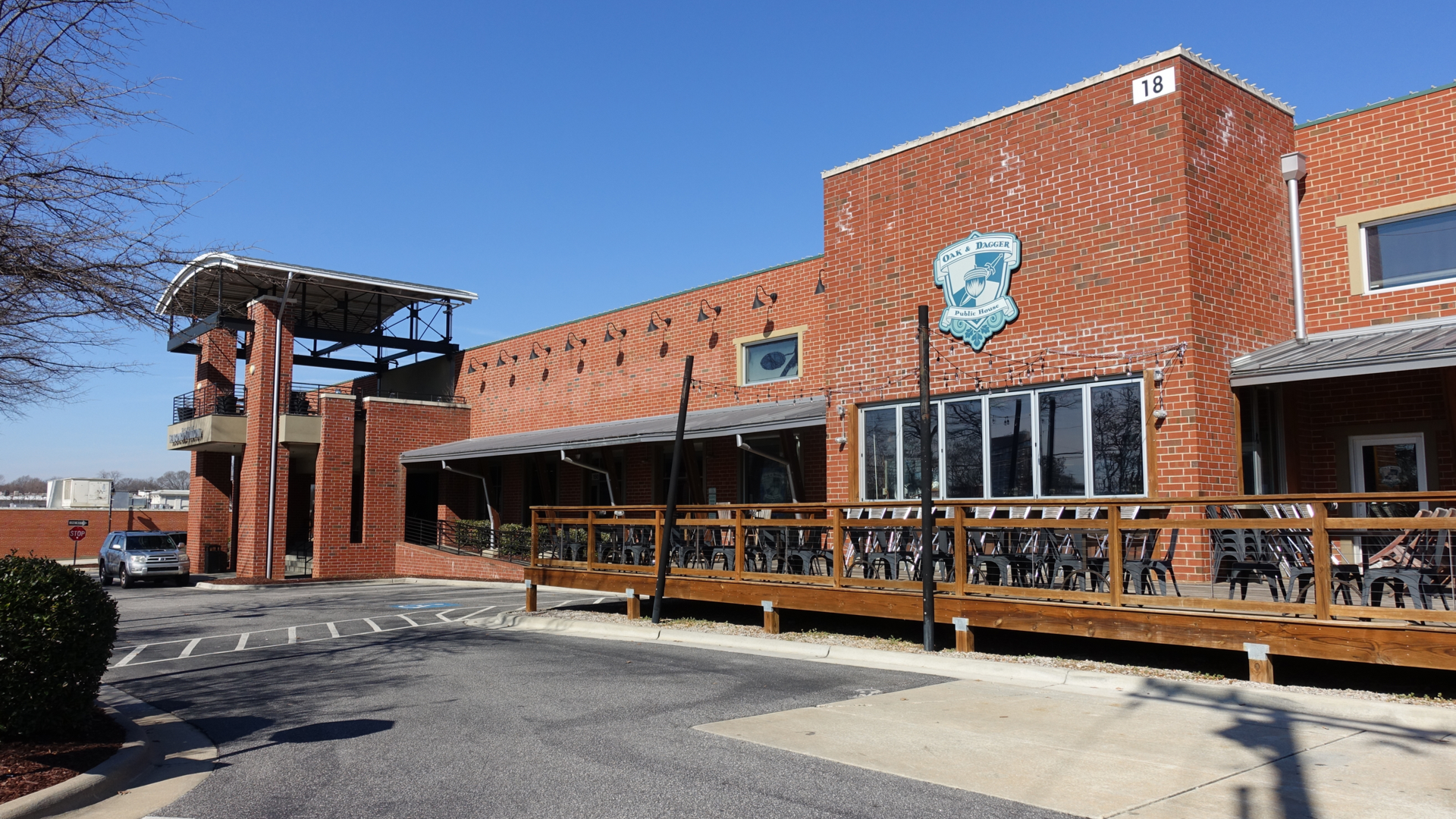 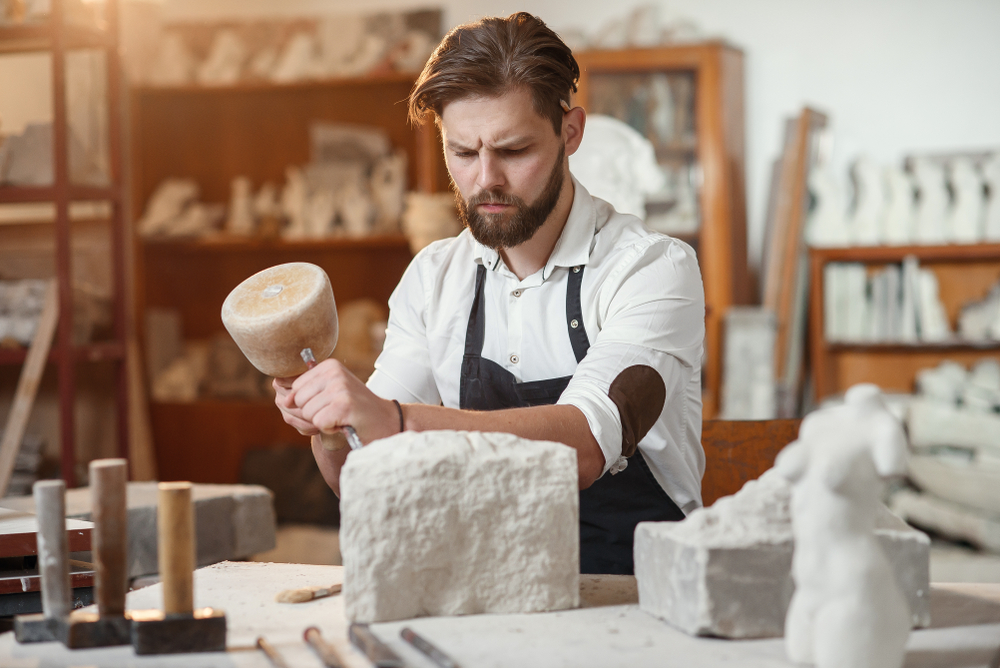 There are no models of Amazon fulfillment centers in the Louvre.

The Museum of Modern Art has not hosted a retrospective on data centers, research parks or mixed-use city centers.

But I still believe that economic development is a fine art.

Most of the job deals with the intersection of politics, business and commercial real estate. It’s not a profession famous for self-expression. But in some ways, economic development can be as creatively challenging as painting or sculpture.

I’m not calling myself a DaVinci or Michelangelo. We’re all Italian and our names end with a vowel. The comparisons end there.

But I do understand that creativity can be a powerful tool.

Think of a master sculptor during the Renaissance. His wealthy patron requests a statue, so the artist orders a 3-ton block of Carrara marble. It’s shipped over from Tuscany and the sculptor gets to work with the best tools, a full studio staff and all the time he needs to make a masterpiece.

For economic developers, the equivalent to sculpting a masterpiece is negotiating a big project that boosts the local economy.

But unlike the Old Masters, we don’t always get to start with a pristine block of marble. Sometimes we’re handed a stack of scrap lumber and metal and asked to turn that into a work of art. We’re short on time, staff and resources, so we have to get creative.

Economic developers would love the luxury of being able to check all the boxes for a corporate site selector. A large, highly skilled workforce? Check. A well-established, modern infrastructure? Check. Seamless highway connectivity with access to ports, rail and airports? Check.

But perfection is the exception, so we work with what we have.

When they team up to find a new commercial location, one of the first conversations is about understanding the gap between dreams and reality. What do they want? And what can they afford?

Every business owner I know would love the ability to build their vision from the ground up. Who wouldn't want a signature building that makes a grand statement?

But startups and growing companies rarely have the luxury of a blank check budget. Even big businesses understand that expansion is risky and the more that costs can be minimized, the better.

It would be great if every commercial real estate project could begin with a slab of immaculate marble. But sometimes businesses need to use the materials at hand or find a work of art that already exists and make it their own.

Commercial real estate has a term for that kind of resourceful creativity: it’s called adaptive reuse. 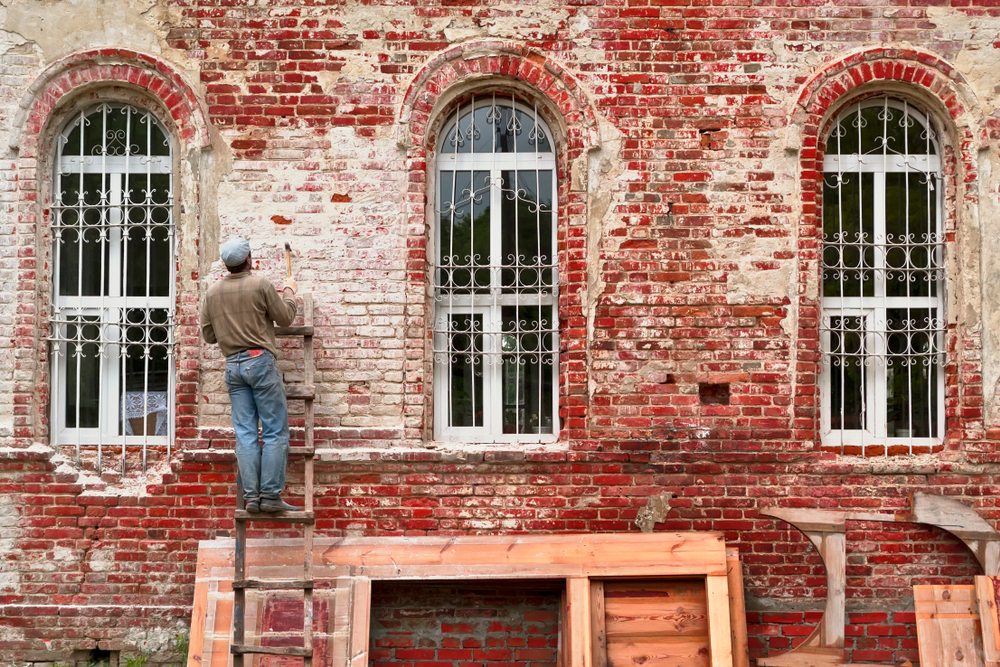 What is Adaptive Reuse?

In real estate redevelopment, adaptive reuse is simply the repurposing of an existing structure for a new use.

Instead of drafting a design for new construction and shopping for raw land, developers give empty or outmoded structures an extreme makeover.

But what are the advantages of finding a new purpose for a (sometimes obsolete) old building? And why would developers and companies take on the challenges of restoration and renovation instead of just tearing down and starting from scratch?

Every project has its reasons.

Sometimes tackling a reuse project is part of a larger mission that has to do with community, history and preservation. Sometimes it's a strictly financial decision. Other times it has everything to do with brand identity and the “cool factor.”

Adaptive reuse is a much more common option in urban and downtown areas, for the simple reason that that’s where more older buildings are located. It’s been going on in big cities like New York and Chicago for decades. And adaptive reuse has been one of the driving forces behind Detroit’s comeback.

But it’s reaching more mid-size and smaller cities too. Historic downtowns are getting a boost from young people in search of an updated metropolitan lifestyle. Older buildings are being reborn as museums, retail shops, restaurants, residences and mixed-use destinations.

Sometimes, when your new construction options run out, developers and businesses have no choice but to get creative. Our neighbors in Norfolk, Virginia, basically ran out of available commercial parcels. Their most exciting construction projects have revolved around rescuing old buildings and revitalizing whole districts.

Even rural localities are using it more and more. Thanks to decades of depressions and recessions, states throughout New England, the South and the Midwest have turned to their ample supply of abandoned factories, mills and manufacturing sites. Rescuing and repurposing these old buildings has helped them save the spirits of their small towns. 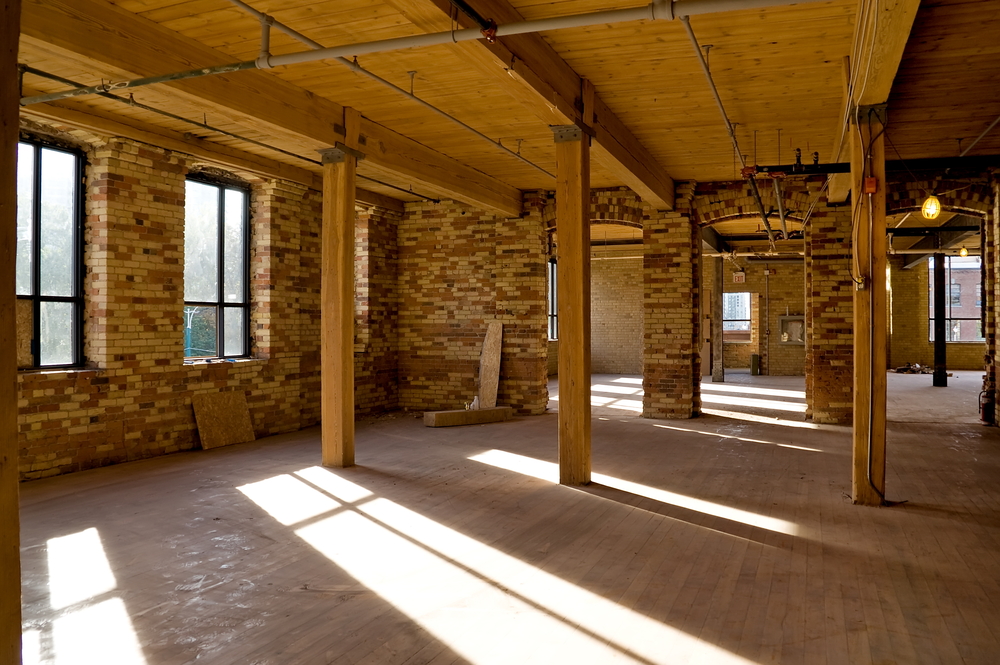 What are the benefits of adaptive reuse?

Almost all adaptive reuse projects carry some risk. It's up to the developers to decide if that risk is worth taking.  There are no fast and easy answers.

With so many variables at play, it’s hard to prescribe adaptive reuse as some kind of commercial real estate miracle cure.

It’s only one option for commercial development.

But once you take a closer look at these 5 Benefits of Adaptive Reuse, I think you’ll agree that it’s a pretty compelling real estate redevelopment option for changing the landscape of a city, county or community. 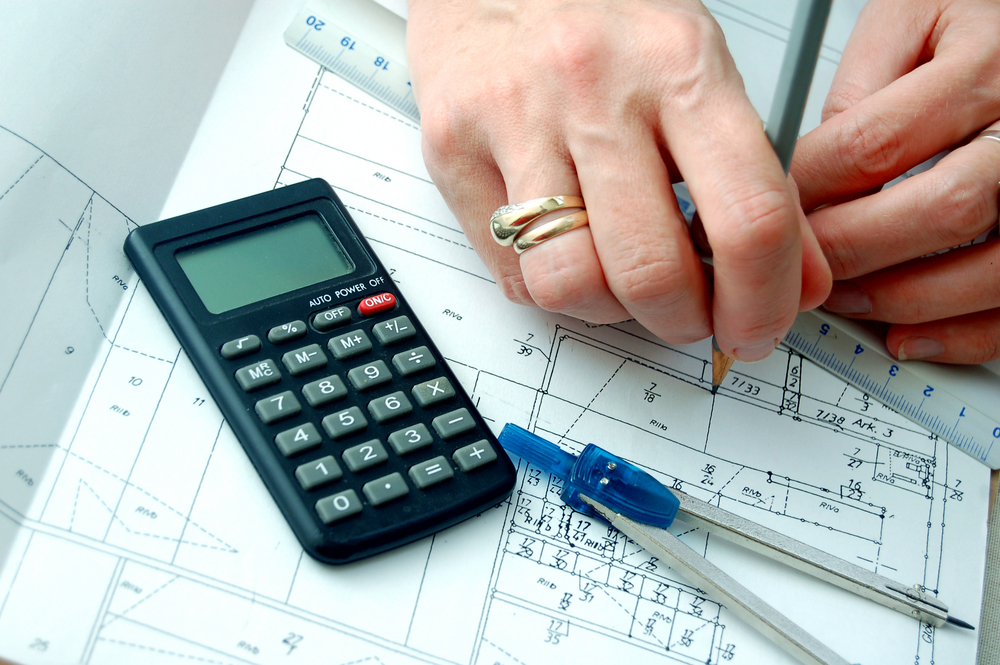 Let’s face it, in the world of commercial development, money is king. If the numbers don’t make sense, nothing moves forward.

If an existing building is in workable shape, adaptive reuse offers significant financial advantages over a traditional ground-up build.

Demolition costs will usually be lower, since some of the original structure will remain. Adaptive reuse projects also use more labor than materials. While labor costs are not cheap, they are more stable than the cost of construction materials, which has skyrocketed in recent years.

While many older buildings will need updated utility connections, the cost of upgrading is usually lower than the expense of installing new service.

You can find plenty of articles for and against adaptive reuse. There’s a healthy debate online about the overall cost savings of adaptive reuse vs new construction.

But while older buildings can present their share of unique (and expensive) construction challenges, the final product can sometimes deliver value that won’t fit on a spreadsheet. For lack of a better word, adaptive reuse projects come with a built in “buzz factor” that can add excitement and value in the long-term.

So, is adaptive reuse a more economical option?

Don’t forget that a huge draw of adaptive reuse is the tax benefits.

There are lots of local, state and federal historic tax credits and incentives available to builders who restore older buildings. Nationally, the Federal Historic Tax Credit (HTC) offers up to a 20% tax credit for the certified rehabilitation of historic structures. And in North Carolina, there are options including Building Reuse Grants and  Downtown Development Funds, just to name a few. 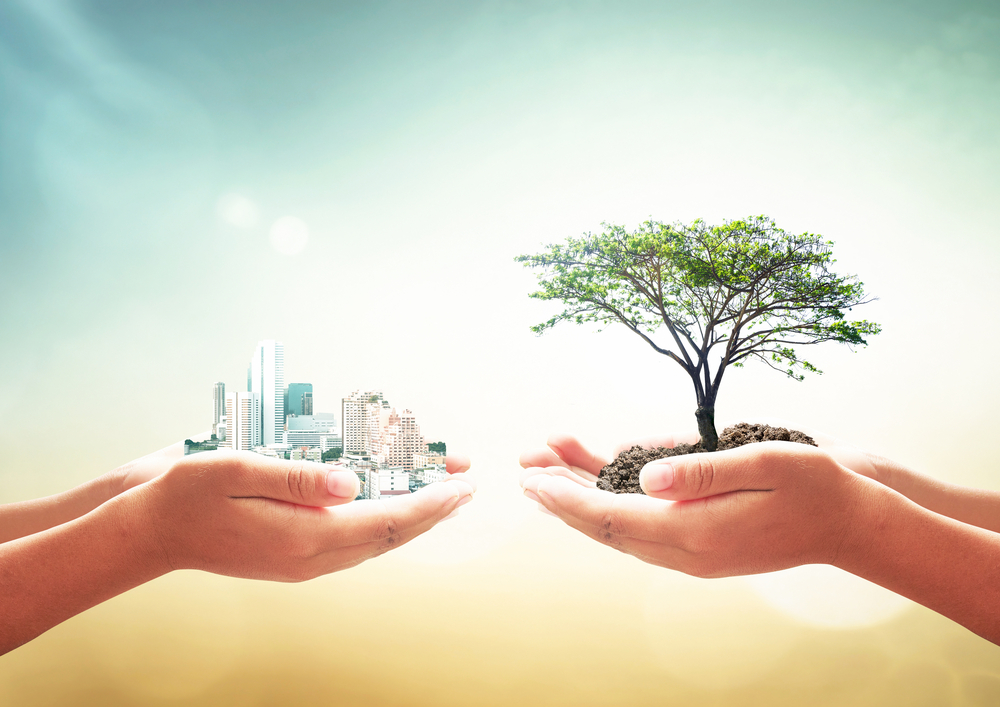 Today, sustainable construction is about more than just checking off a "good-for-the-planet" box. More and more businesses, governments and investors have put sustainability near the top of their priority list and commercial real estate developers have taken note.

More construction projects are seeking LEED (Leadership in Energy and Environmental Design) Certification, the most widely used green building rating system in the world. According to the U.S. Green Building Council, LEED provides a “framework for healthy, highly efficient, and cost-saving green buildings.”

Yes, there are additional challenges to getting retrofitted buildings LEED certified, but it’s happening more and more. The “wow factor” that comes when an older building gets a new lease on life gets an additional boost when that building also earns the highest level of LEED certification available.

Case in point: The Academy of Motion Pictures Museum

Adaptive reuse also leaves less of a carbon footprint throughout the life of the project.

Generally, adaptive reuse projects require less materials and produce less waste, which can reduce the overall impact on the environment. Even if LEED certification is not the goal, upgrading older utilities can improve the building’s energy efficiency.

Making sustainability a priority in your adaptive reuse project also makes sense for your bottom line and long-term profits.

According to a report from Deloitte, “Many players believe that one of the key benefits of sustainability is cost savings. However, sustainability investments result in even broader payback in the form of higher rental income and occupancy, improved valuation, easier and lower-cost financing, lower operating expenses, property tax rebates, and discounts on insurance premiums.” 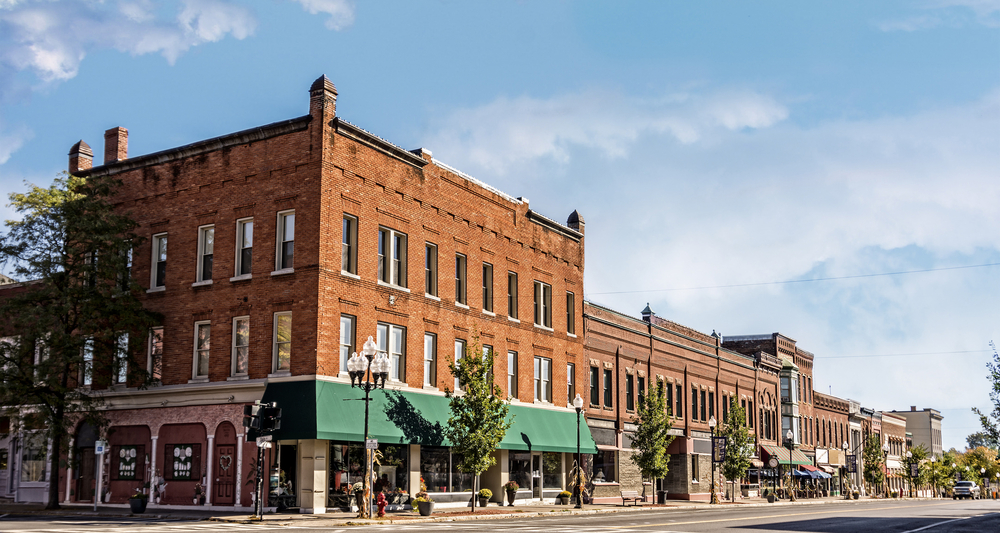 Think of a city or town as a novel. Every building in that city or town is a chapter. Taken all together, those chapters tell a unique story that defines a place.

New chapters can always be added, but if any of those early chapters get lost, it’s hard to fill in the gaps.

Think of a place like New Orleans and its iconic French Quarter. Even if you’ve never been there, you can probably see it in your head. Classic old buildings, ironwork and lots and lots of character.

Restoring historical structures helps to preserve the unique character and personality of a community.

So adaptive reuse is a way of honoring the past, while putting it to work. The story and character still come through, and the old building gets a new lease on life.

Here in Currituck County, one of our most famous buildings is Whalehead in Historic Corolla. The 1920s-era Art Nouveau mansion was once a hunt club but is now available for wedding ceremonies, receptions, rehearsal dinners, corporate gatherings and other celebrations. It’s a piece of our county's past that has found new purpose in the present.

Again, it’s hard to speak generally when it comes to adaptive reuse projects because every project is different.

But generally, it takes less time to adapt an existing building than it does to create one from scratch. This is almost always good news for commercial developers and the locality because both parties benefit the sooner that a structure is put to use.

Because most of the work is done from the foundation up, there is less to no time spent on zoning, surveying, environmental testing and re-platting. Upgrading utilities takes less time than ordering new service connections, especially if a new building is going up outside of an existing service area. Most foundations and infrastructure will remain intact. 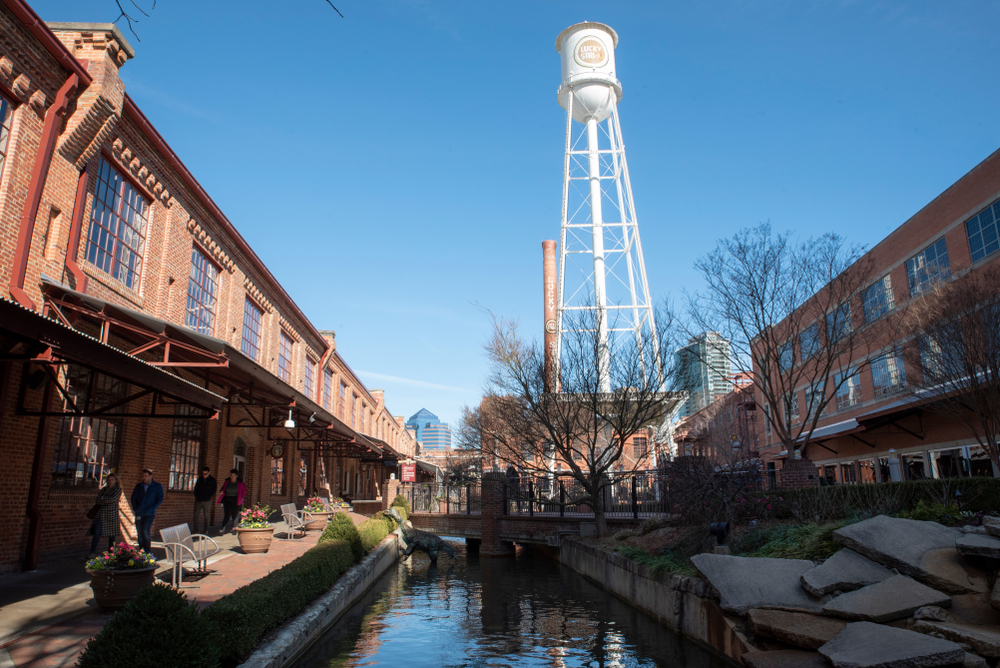 Adaptive reuse projects can act as a catalyst

Humans are hard-wired to seek out new things.

As I mentioned before, when a new, creative adaptive reuse project is complete, it generates buzz. Not only can it spark interest in a new business or building purpose, but it usually warrants a celebration for the saving of a piece of history.

Really great adaptive reuse projects can trigger a chain reaction of development in an area that may have been written off in the past. They can generate excitement and trigger a wave of revitalization for whole blocks, neighborhoods, districts and even cities.

Really great adaptive reuse projects have the power of a great work of art. They change minds and attitudes and create new perspectives.

They can become landmarks and attractions. They can bring back businesses and residents. They can literally rewrite the story of a place.

These Stories on Commercial Real Estate

Looking for Commercial Property in Northeastern North Carolina and the Outer Banks?

Expert Advice on Buying Land in North Carolina (or anywhere else)