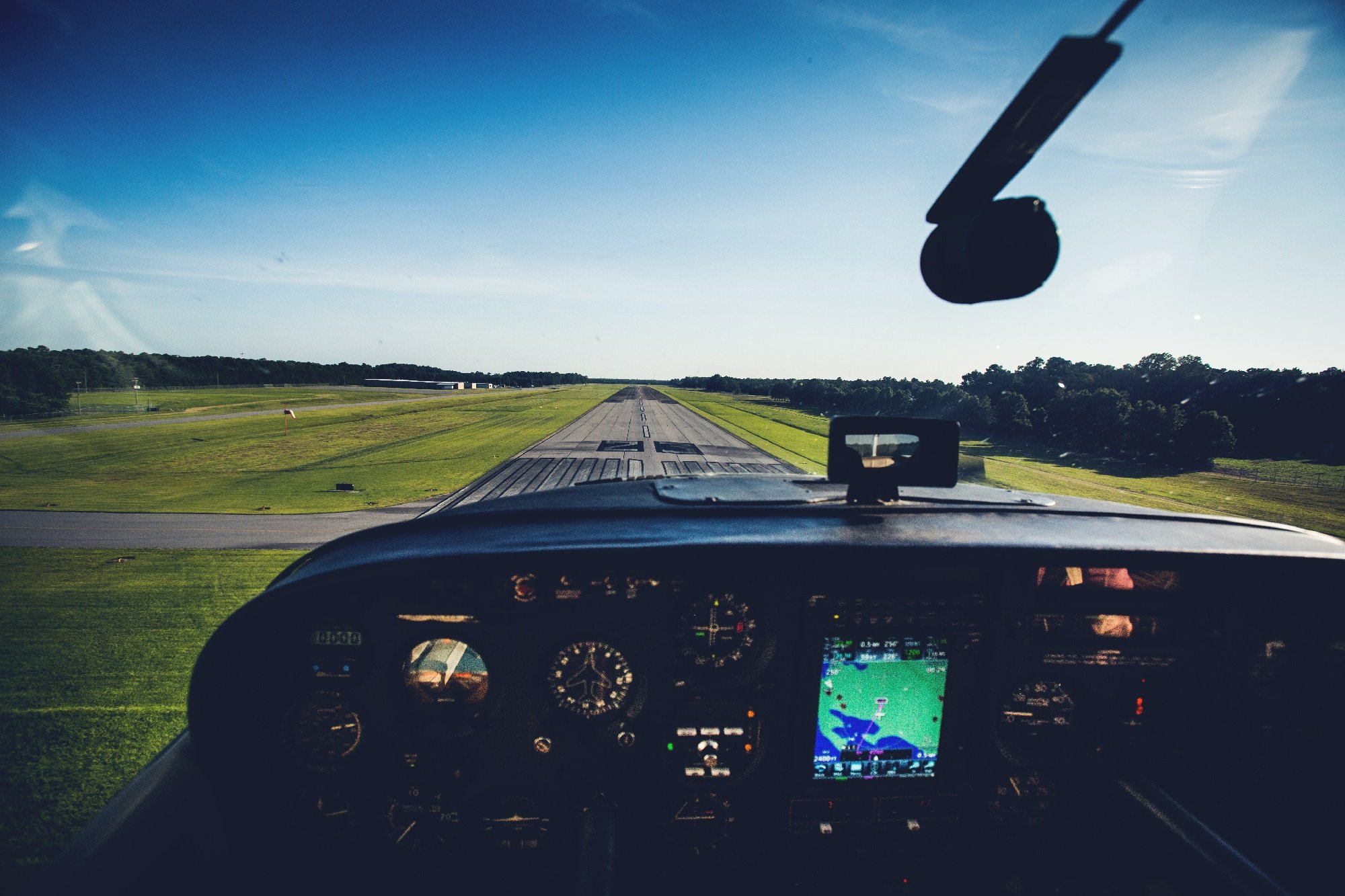 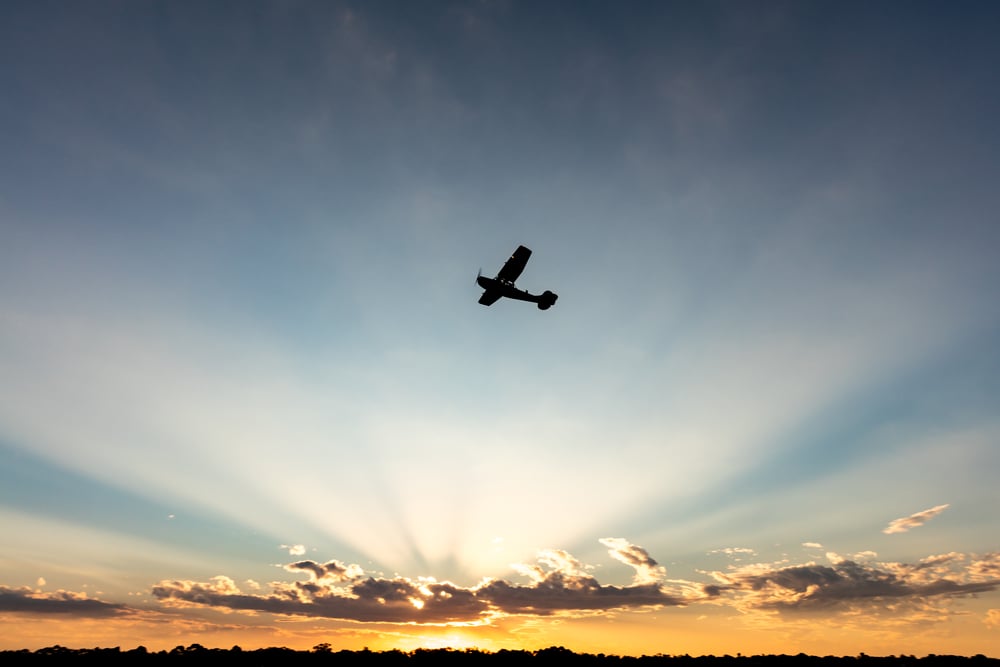 They were performing what is known in aviation as a touch-and-go where pilots practice their runway skills.

The next day, the airport welcomed a Bombardier Aviation Global Express jet aircraft with a 94-foot wingspan and a range of 7,000 miles.

The massive aircraft filled up with 2,000 gallons of jet fuel and needed the 5,500-foot runway - among the longest in the region - to take off again.

Flight school students flew into the airport in large part because they were more comfortable on its 150-wide landing surface.

It was a typical week for the summer busy season at the airport located in Maple, just a few miles from the Outer Banks and Hampton Roads. 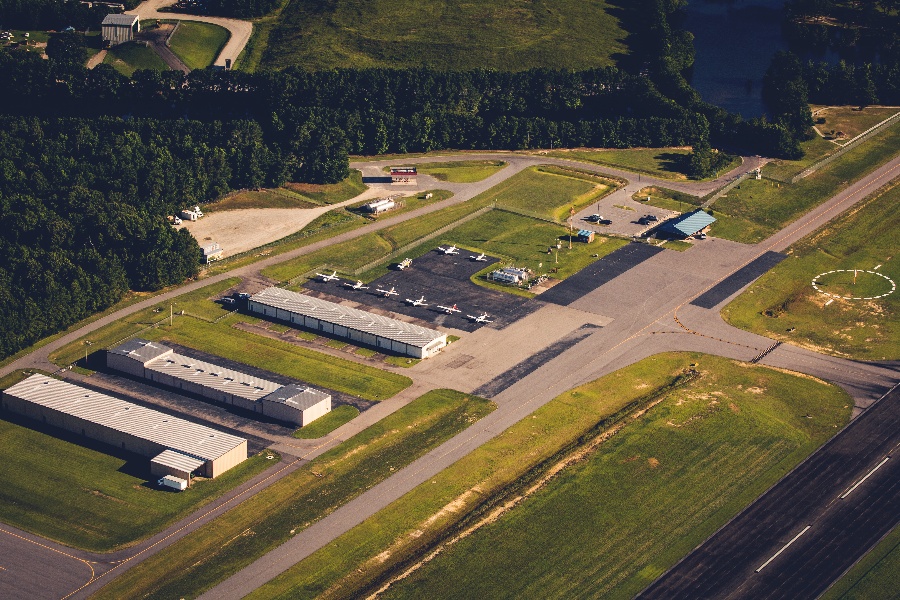 “This is a destination airport,” said William “Willie” Nelson, manager of the airport.

Each landing and each take-off counts as an operation.

The last fiscal year that ended June 30, 2021 was the first in memory where fuel revenues and hangar rentals paid for the operations cost of the airport and its staff, Nelson said.

Currituck airport sells 80,000 gallons a year in jet fuel on average and another 20,000 gallons dispensed for piston- driven planes.

Flight schools located from nearby counties and Hampton Roads to Delaware and New Jersey are the heaviest users of the airport.

The Outer Banks is also a strong attraction for visiting pilots. They most often travel from Currituck to the northern beach towns of Southern Shores, Duck and Corolla. They come for the uncrowded beaches, wild horses, lighthouses and the home of the Grave Digger, the nationally famous monster truck.

Corporate officials often fly themselves and deserving employees into Currituck for hunting and fishing trips, exposing them to the area, said county economic developer Larry Lombardi.

“It enlightens them to the Outer Banks,” he said.

It is almost a must that aviators make the trip to the Wright Brothers National Memorial in Kill Devil Hills, Nelson said.

“Most pilots have the scene of the first flight on their bucket list,” he said.

Military helicopters such as the H-53 and H-60 regularly fly in for landing and take-off practice.

A Lowe’s corporate jet uses Currituck with its long runway for relatively easy access to stores in Elizabeth City and Kill Devil Hills.

The runway is the longest of any of the five airports located on the Outer Banks and can accommodate much larger aircraft.

Eight people work at the airport, but it generates 65 jobs including those on-site and those indirectly created with a yearly income of nearly $3 million, according to a report released in January 2021 by the North Carolina State University Institution for Transportation Research and Education. The facility earns $413,000 annually in state and local taxes and has an economic impact of $9.4 million.

No wonder, state and local officials invest generously in the facilities.

RELATED READ: 10 Things You Need to Know
About the State of NC Aviation

Investing in the Future

The airport is crucial to the local economy and to recruiting business to the county, Lombardi said.

One project was the addition of “precision approach path indicators” or runway lights that are brighter, more efficient and more durable than the previous aging fixtures. The new lights are like beacons that indicate by a combination of red or white lights how well the pilot is approaching the runway. They can be seen day and night and through foggy conditions.

A new 8-foot-tall fence around the perimeter topped with barbed wire was completed recently. Intruders have not been a problem, but the project provided an extra layer of protection to the grounds, especially for jets that stay overnight.

A few years ago, a taxiway parallel to the runway was finished. 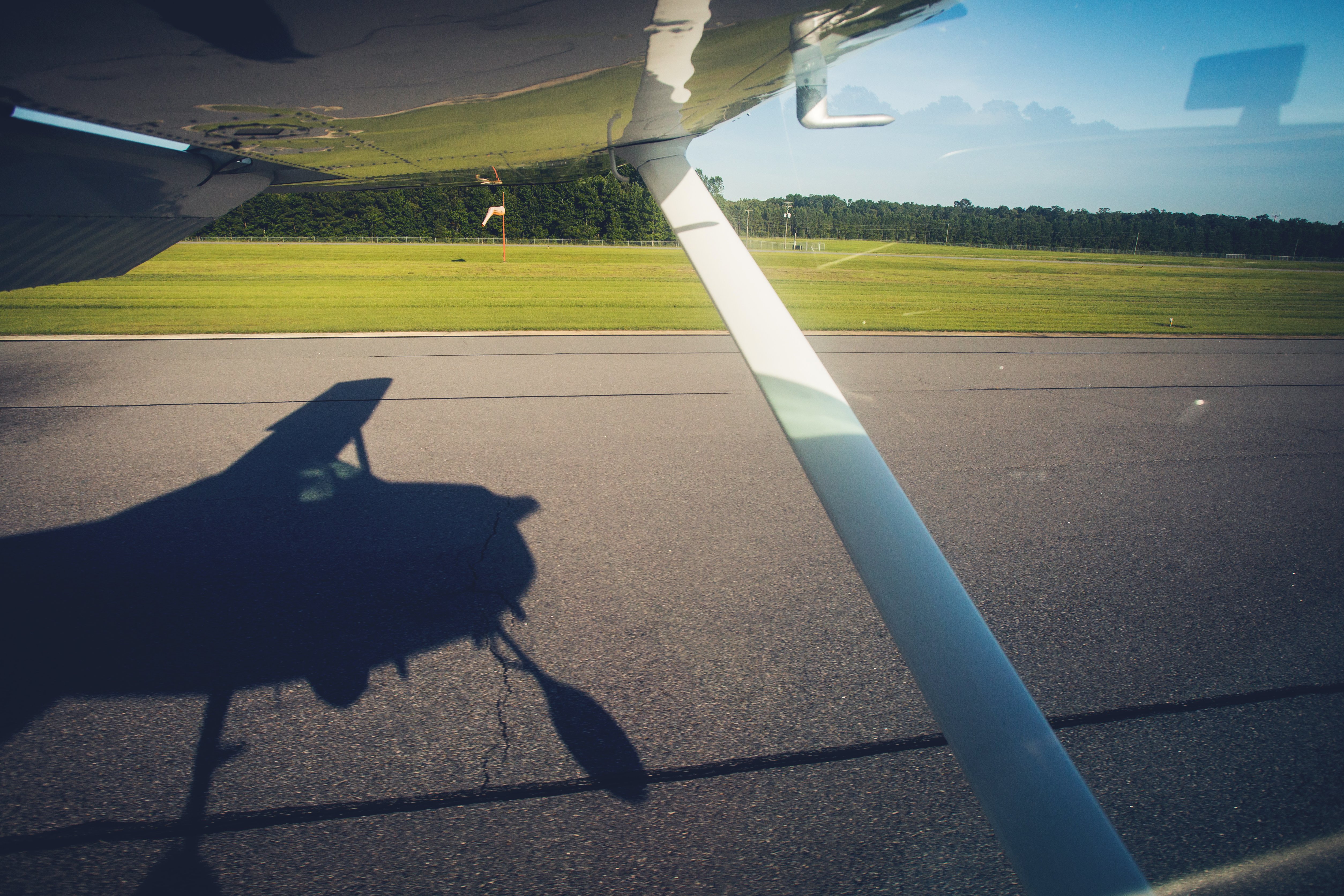 The airport was built in 1942 for the United States Army Air Force largely for practice or emergency landings in support of bombing exercises carried out on the Outer Banks, according to Nelson and the Currituck County website.

The airstrip was built with a concrete runway that was 4,000 feet long by 150 feet wide.

It was abandoned after the war by the military and turned over to the State of North Carolina by the War Assets Administration, the website said. In 1972 the county agreed to lease the airport and adjacent property from the state. Later the county took over ownership.

The facility was rarely used except for a few local pilots through the mid-1990s. Shortly afterward, local officials recognized its potential and began a series of upgrades that continue today.

In the early 2000s, Currituck's airport underwent more than $10 million in upgrades funded largely by grants, including extending the runway to 5,500 feet and building a new terminal. The facility became more efficient, safe and attractive to more pilots. Air traffic expanded from a few personal, piston-driven planes to corporate jets and charter flights.

The Federal Aviation Administration gave the Currituck airport the identifier of ONX.

What does that mean? The answer is simple.

The county originally asked the FAA for the letters OBX, but the agency does not let airports use call signs that are already widely known as something else. The county was given a moniker that was available and closest to their request. ONX it was.

Currituck is home to 56 aircraft housed in two T-hangars, a corporate jet hanger and one recently constructed private hangar paid for by the owner. The county leases the land to him.

There is a long waiting list for hangar space and for one of the 27 tie downs located on the tarmac.

State and federal grants pay for 90 percent of the improvements with a 10 percent local match.

College of the Albemarle runs a satellite school not far from the terminal building with courses that will transfer toward an aviation degree at Elizabeth City State University, located about 20 miles away. ECSU offers the only four-year aviation degree in North Carolina. 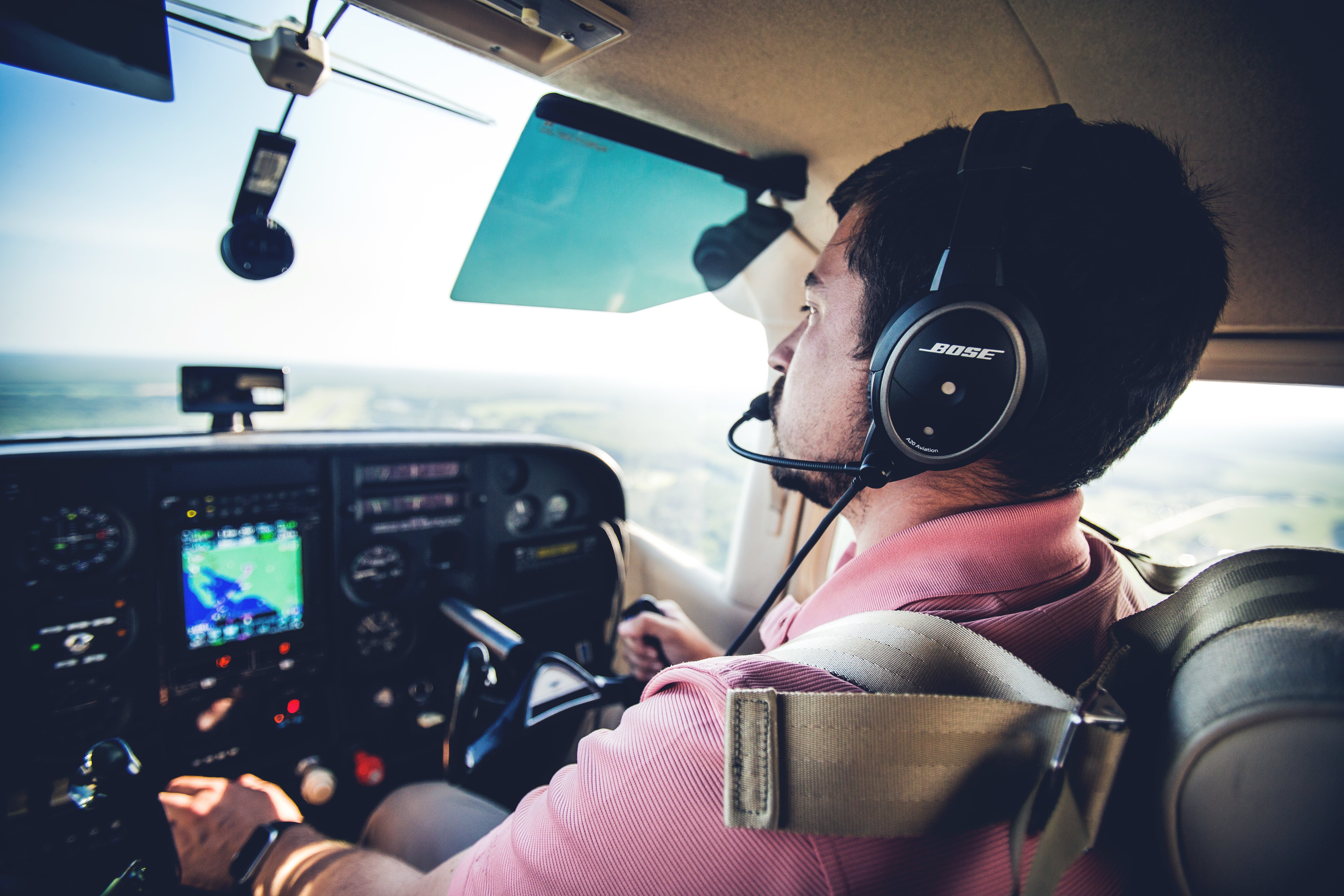 Destined for the Pilot's Seat

Nelson graduated from ECSU’s aviation program in December 2018. By May of 2019, he was hired as the Currituck airport manager.

As a child growing up in Ahoskie, he loved to watch crop dusters swoop over the fields near his home. Whenever he visited family in larger cities, he wanted to go to the closest place he could to watch commercial airliners roar in and out of the airport. He was totally fascinated with flight.

After he turned 14 years old, his mother arranged for him to start taking a beginner flight course at the small local airport. One sunny Saturday morning, he went up in a Cessna 172 sitting in the pilot seat and soared 2,000 feet up passing over his house and the rest of his hometown. His trainer let him take the controls briefly for simple turns and other maneuvers.

It was the best 45 minutes of his life to that point, Nelson said.

“I told him I will definitely be back next week,” he said.

He continued to take lessons every Saturday. He skipped the usual teenager’s weekend activities of sports and video games.

He flew his first solo flight at age 16 and had his license by age 17. Aviation would be his career.

He completed early college courses while in high school and finished his university degree in less than three years. He has since been certified to fly commercially for single engine and multi-engine aircraft. He also earned certification to fly sea planes. His next goal is to become a flight instructor.

Meanwhile, he wants to see the Currituck airport continue its expansion.

Services available at the airport: