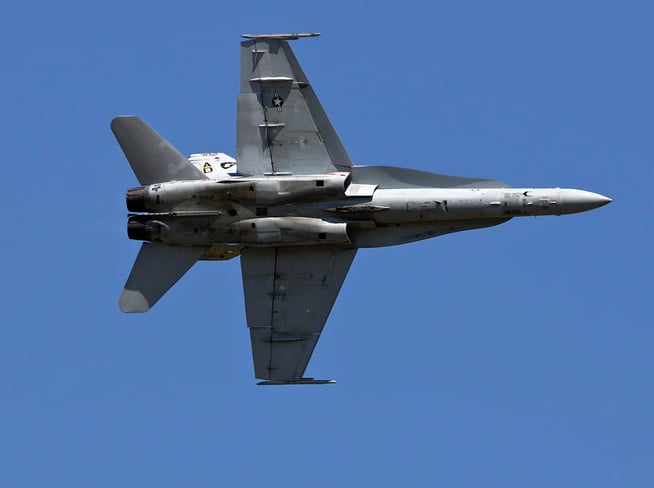 With nine military installations employing roughly 78,000 active-duty and reserve personnel and more than 40,000 civilians, the Hampton Roads economy is inexorably tied to the federal defense budget

We can all be rightfully proud of our region’s contribution to the safety and effectiveness of our service members, particular those at sea. But we must also be wary of how the over-reliance on federal defense spending -- and shipbuilding in particular -- can cloud our regional economic outlook. (See more about the Mid Atlantic Defense Corridor.)

Recent estimates peg 37.1% of Hampton Roads’ economy tied either directly or indirectly to the Department of Defense.

Here are three reasons why experts have for years forecast economic problems will eventually result.

FIRST, as the price tag of the state-of-the-art aircraft and ships soar into the hundreds of millions (or in the case of the aircraft carrier Gerald R. Ford  built in Newport News, $13.7 billion), the Department of Defense cannot afford both the equipment they seek and the personnel they desire. It appears they choose the hardware.

According to the 2015 State of the Region report produced by the Center of Economic Analysis and Policy at Old Dominion University, the result has been felt here in Hampton Roads for more than a decade. The number of active-duty military personnel stationed in Hampton Roads has fallen each year from its 2003 level of 113,400, with today’s 78,000 representing a 30 percent decline. Fewer jobs means fewer people feeding the local economy.

SECOND, the complexity and unpredictability of federal defense spending decisions cannot be overstated. Geopolitical considerations can change at a moment’s notice due to conditions in countries in all four corners of the world.

Will the ships we build in Hampton Roads be what’s needed to fight the enemy of the future? Since no one can confidently answer that question, and until other sectors of the regional economy show the ability to grow and prosper, the economic outlook in Hampton Roads will continue to hang in the balance.

THIRD, as anyone who works at one of the region’s shipyards can tell you, the work is not stable. In good times, government contracts are signed and people have ships to build. But the bad times, when there are no orders to fill, can come without warning. For a worker and their family, the fits and starts of government contract awards can be a significant hardship. 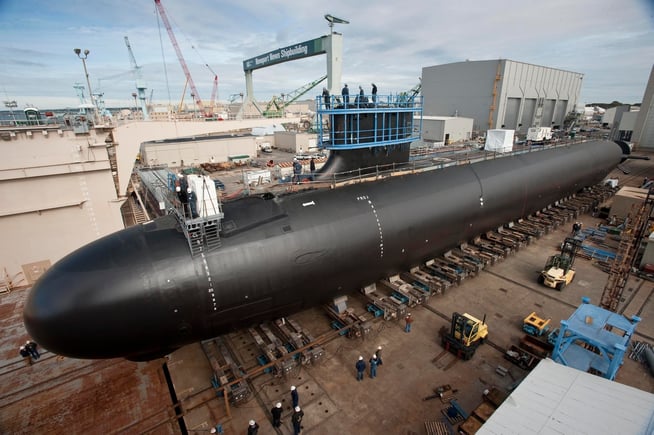 More than 60,000 jobs in Hampton Roads are a result of public and private shipyards. In no industry does the over reliance on federal defense spending manifest itself more clearly than shipbuilding.

In 2016, the U.S. Navy announced the awarding of a contract to build three ships potentially worth $2.5 billion. Unfortunately, as that sizable contract was awarded, it was also reported that it would not be enough to prevent looming layoffs.

Following 400 layoffs the previous fall, BAE Systems, the ship repair and maintenance company awarded the Naval contract, announced another round of more than 500 layoffs would be taking place. This volatility makes economic planning at kitchen tables as challenging as it is for the region as a whole.

Defense spending cuts, sequestrations, base realignment and closures, realigning fleet balance - all of these wild cards pose threats to the economic vitality of our region.

In the past four years alone, Hampton Roads lost ships to Mayport, Fla. and San Diego, while gaining a nuclear carrier from Mayport and the USS George Washington from Yokosuka, Japan.

U.S. Senators Mark Warner and Tim Kaine should be applauded for their steadfast legislative and lobbying work to balance out the workload in Norfolk and other Hampton Roads shipyards.

It is clear that politics has a strong role in these home-port and maintenance/preparedness decisions, and that changes are always inevitable - for the good or bad of the area.

The bottom line for Hampton Roads is this: Until business, government, and community leaders take important and meaningful steps to diversify our economy, our over reliance on federal defense spending will continue to hinder our regional economic growth and stability.

This article was published in the June 10, 2016 edition of Inside Business.