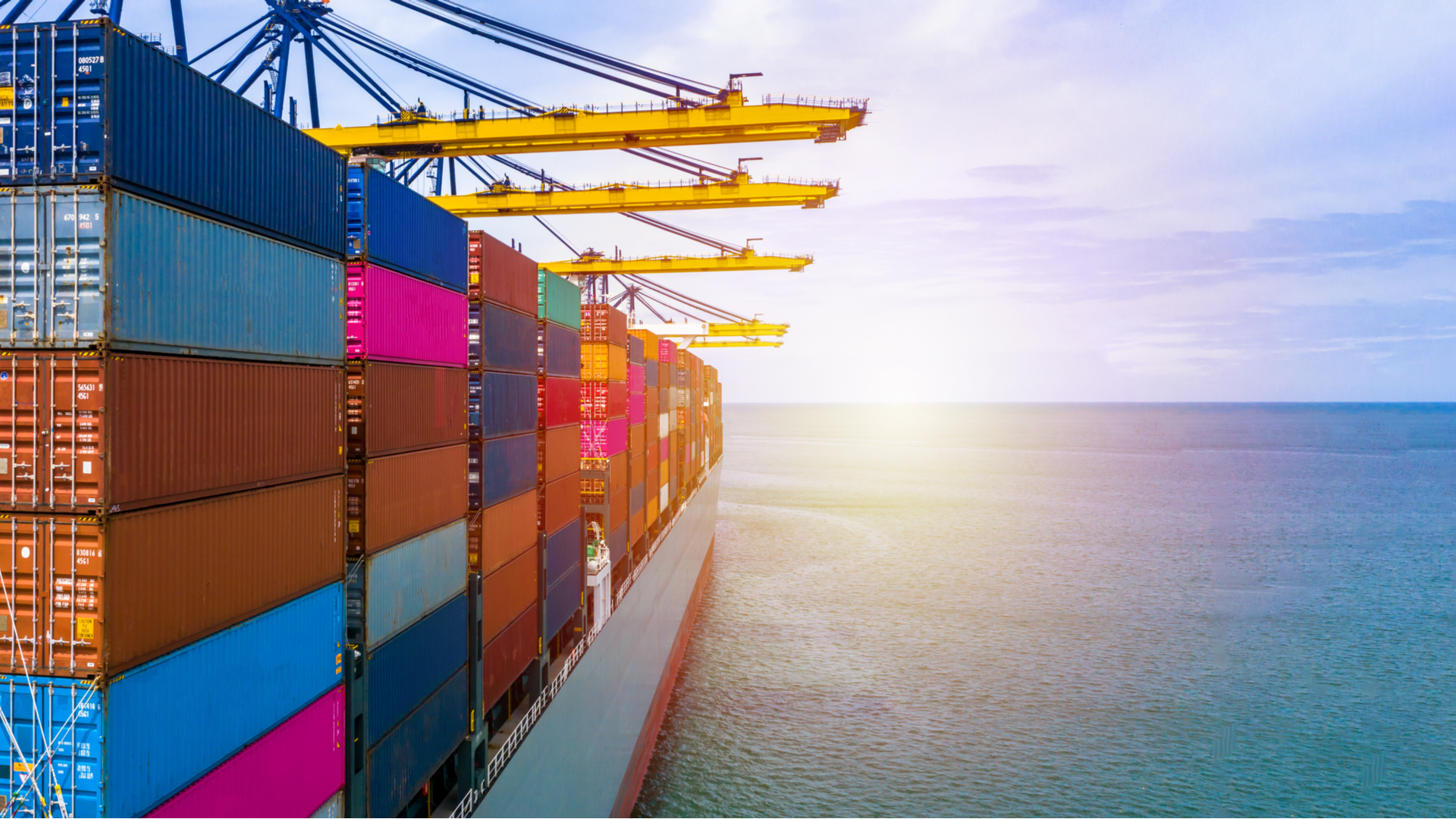 It’s a big world out there.

The latest count is about 7.9 billion people.

That many decimal places is daunting to any size company, but can be downright intimidating to small business owners.

Most small businesses want to get bigger. They want to sell more products and services to more people. But to do that, they need to find new customers and break into new markets.

Technology and the internet have made it easier than ever to connect with customers across the country and around the world. Software developers can reach millions uploading their products to app stores run by Google and Apple. Websites like Amazon, eBay and Etsy provide a simple and affordable virtual marketplace for retail sellers to connect with international buyers.

Thanks to the world wide web, almost anyone with an internet connection and a nearby post office can launch a global enterprise.

But there’s a big difference between selling one pair of vintage blue jeans to a collector in Russia and becoming a preferred supplier of industrial hoses to oil refiners in Saudi Arabia. Selling online to other countries is not exporting.

Exporting is much more complicated than that.

But the good news for North Carolina companies is that it’s also much LESS complicated than you think. 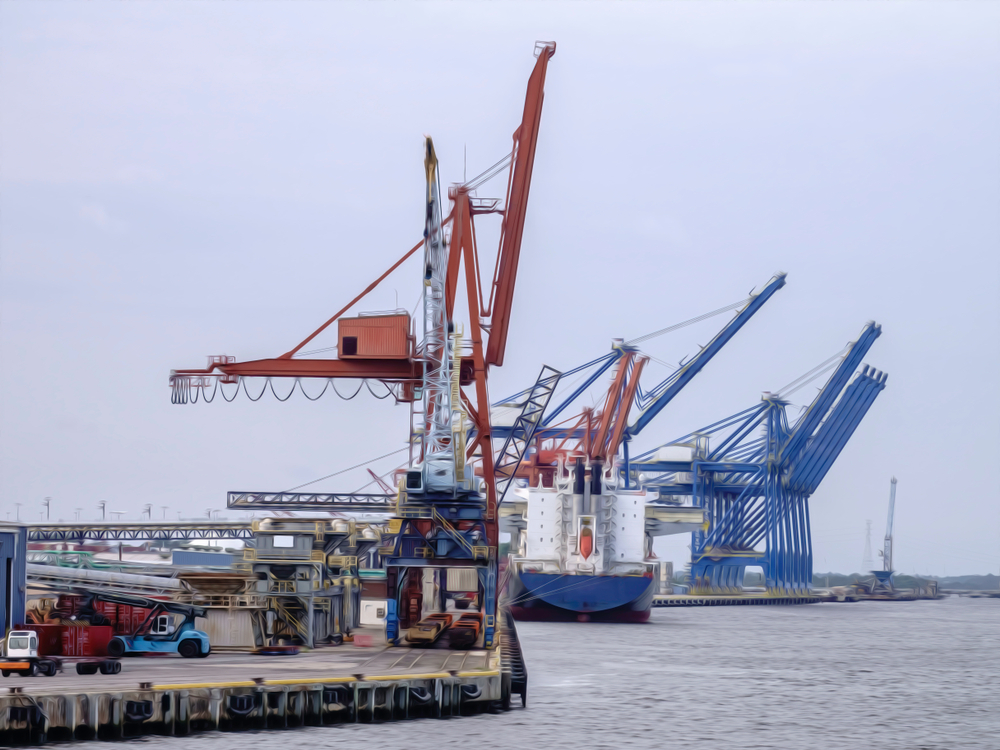 Why is exporting easier for North Carolina companies?

You might think it’s because we border the Atlantic Ocean, have world class ports in Wilmington and Morehead City and close access to the Port of Virginia.

Maybe you think it’s because of the five Foreign Trade Zones in the state that give NC companies huge economic advantages including waived duties and taxes.

Or perhaps you assume that North Carolina just works hard to make everything easier for businesses.

Technically, all of those answers are correct.

But the answer we were looking for is because North Carolina has a massive network of people who can help.

If you are a small company looking to export for the first time, you’re going to want advice, assistance and guidance from people who know what they’re doing.

Hubbard is the director of international trade for the Economic Development Partnership of North Carolina (EDPNC). He oversees a team of overseas experts who are available to work closely with North Carolina companies that are ready to export.

We asked him some questions and he graciously provided some answers.

What does the EDPNC’s trade division do?

Our international trade division focuses exclusively on working with North Carolina companies to help them export. That's all we do.

The state of North Carolina has six overseas trade offices. We're in Canada, Mexico, Hong Kong, Europe, and the Middle East office is in Dubai, which works throughout the Gulf regions and Saudi Arabia. We've also just opened Singapore in Southeast Asia.

We've got five international trade managers, each of whom is dedicated to certain market sectors such as defense or textiles or aerospace. And there are also smaller sub sectors.

Why is it important to have experts in different sectors?

There are quirky little rules that you need to know to export. I came from textiles and I can tell you that some of the rules are bizarre, quite honestly. And you know, every sector is that way, so having access to that expertise is valuable.

RELATED READ: 7 Ways That Foreign Trade Zones are Great for Your Business 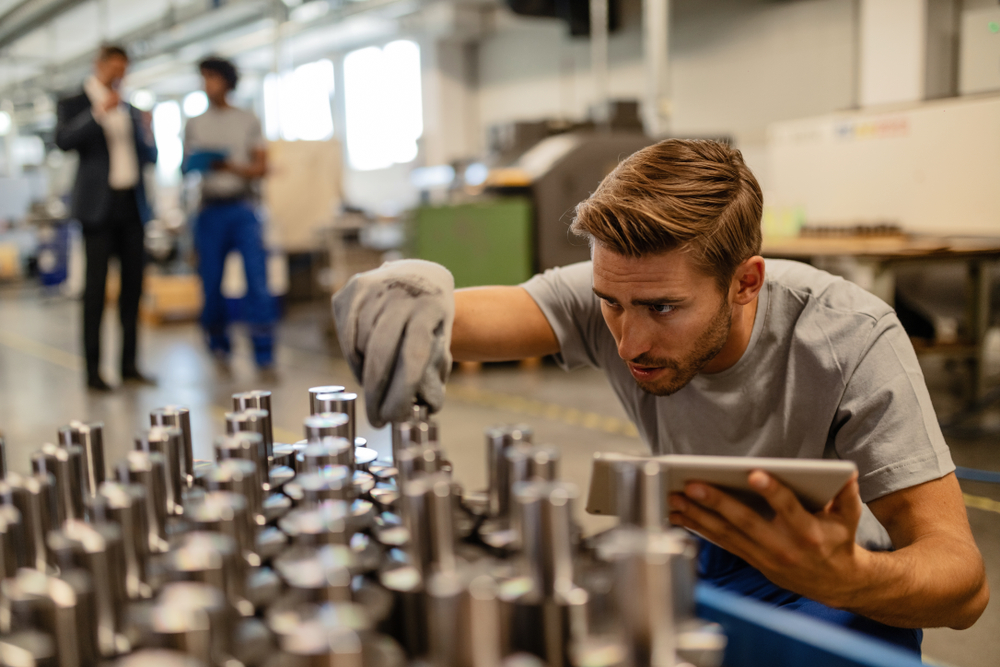 What size companies do you work with?

It's a pretty good mix, but the bulk is smaller companies.

Really large companies sometimes have questions or need help with something specific, but they know what they're doing. Large companies usually have a dedicated export division, so we don't work with them as often.

We're also not so helpful for a startup because they're not always ready to export. Smaller companies with anything from a few employees to a few hundred are kind of our sweet spot.

We also have export events, and education events throughout the year. Another thing we offer (and what we're probably best known for) is the trade show. Pre-COVID, our staff and the five international managers would go to between 30 and 40 trade shows per year.

We have U.S. Small Business Administration grants that allow us to help reimburse companies for their travel. If they go to a trade show on their own, we can reimburse them.

And you work with other state, federal and global organizations?

North Carolina has a really good partnership network. We conference every month with organizations like the Small Business Technology and Development Center (SBTDC), the U.S. Commercial Service, and the Export-Import Bank (EXIM).

I found out that North Carolina has a national reputation for being really good at communicating with our partners. We all talk to each other. We all like each other. So my trade division becomes a one-stop shop. If you ask me a question and if I'm not the guy to answer it, no problem. I know someone who can.

Apparently it's not that way everywhere. So we're very fortunate that we have a good network.

Are there certain things that make a company a great candidate for exporting?

It's really the commitment more than anything else. You're going for a new customer in a new kind of way and sometimes that requires a different way of thinking. You have to be committed to it.

Culturally, here in the U.S., we're very transactional. I want something, I go out, I find it, I buy it. If I like it, maybe I'll come back to you again. But in many other countries, it's relationship-based.
In Mexico, they want to know you before they do business with you.

By the time you have a good customer, you’ve gone to soccer games with their kids and you really know these people. Doing business requires a serious investment of their time and your time.
Mexico is just one, but many countries are like that. If you go to the Middle East or Asia, it’s very similar, they want to know you more.

And you have to adjust your marketing, right?

Right. And interestingly enough, with the STEP grant that we have through the Small Business Administration, companies can be reimbursed up to $10,000 to optimize their website. Because reaching another market sometimes means you need to translate it to another language and actually register it in the country, so you show up in a web search there.

And if you're going to sell it in another country, how do you price your products differently? Are you going to insist on being paid in dollars? How are you going to get paid? You need to think through the details.

You don't necessarily have to learn to speak the language. You don't need to learn how to do all the paperwork. We have all kinds of companies here in the state that can help with that. 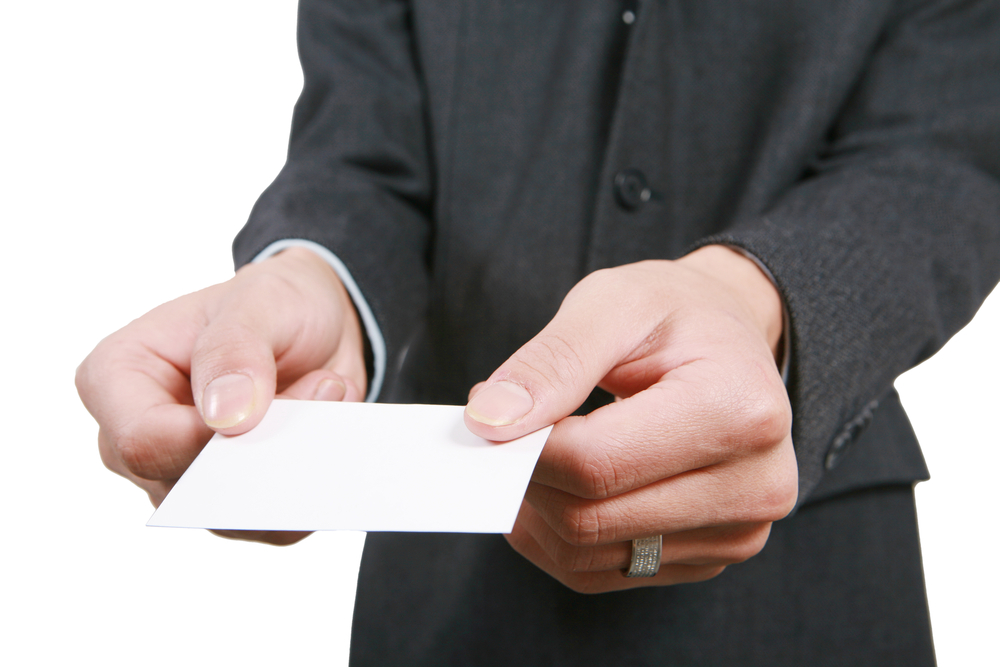 Lots of things to think about. I can see how doing business in another country gets intimidating fast.

Here in the U.S. we're very laid back and casual. Not everywhere is that way. You can rub somebody the wrong way in a hurry and watch a business deal crash and burn. That's where our foreign offices can help.

For example, in China, it’s proper to give a business card with two hands and receive a business card with two hands. You need to look at it. It’s a kind of ceremony. And it's very important if you don't do it. In America, we just take it and stick it in our pocket. But in China they would see that as blowing them off, brushing them off. Very disrespectful. So taking that time and that bit of extra effort, means everything to them.

We prep our companies when they're going to these markets to be aware of those kinds of things.

It goes back to that commitment of deciding that you're going to step out of the comfort zone of the American way of business and branch out into the world.

Right, but it’s also important to remember that in the U.S., we have a lot of advantages. American companies and “Made in the USA” really carry a lot of weight around the world. Other countries may have lower wages, but we're very efficient. The fact that something comes from the United States still means a lot.

Are there common misconceptions about exporting? 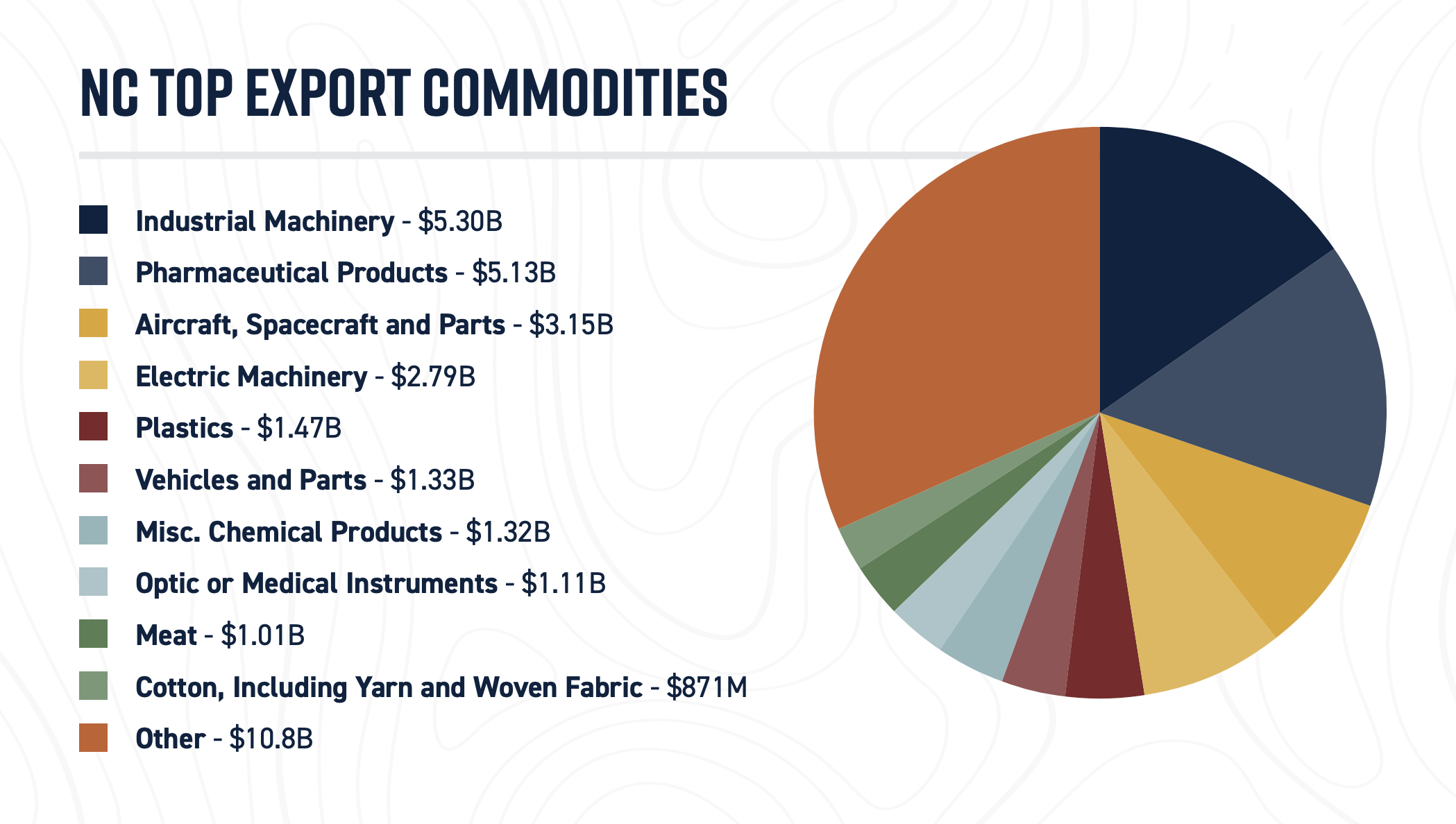 What products or companies from North Carolina are doing really well in other markets?

North Carolina is really lucky. We’re blessed because we have such a wide array of industries. It’s usually more a matter of knowing who's NOT doing well at any given time.

Our exports are still down from 2019, which was a record year. Last year, I think, as a state we were down 17%, which is a pretty big hit. We went from $34 billion to $28 billion. Most of that hit happened early on in the year. We spent the latter half of the year slowly digging out of that hole.

And we're still off a bit this year, but it's coming back slowly. 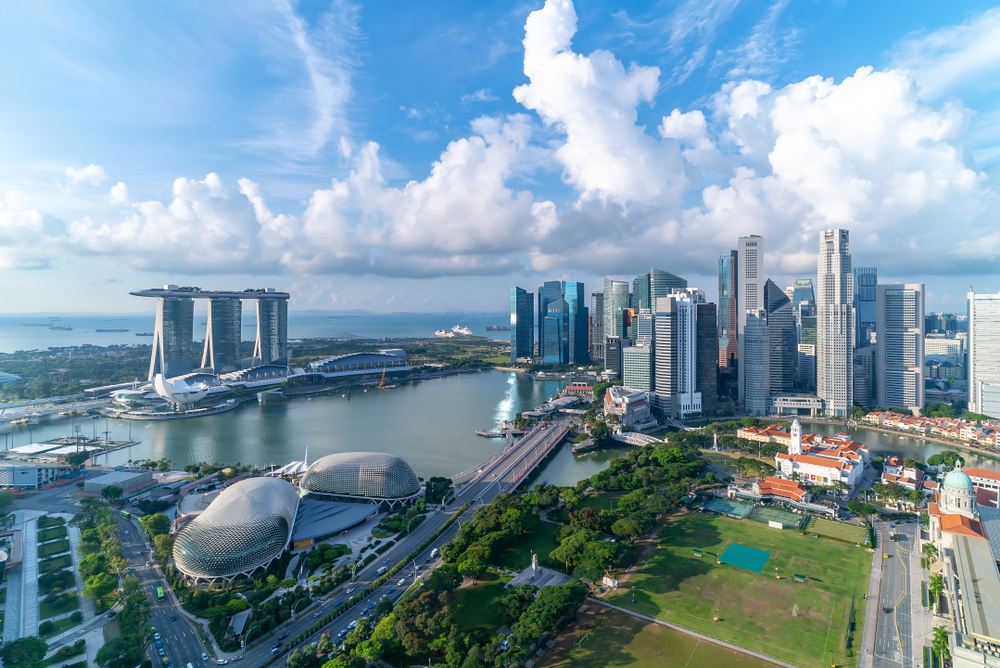 Have you noticed any emerging overseas markets that stand out as opportunities for the state?

Southeast Asia is really interesting to me right now. Everything has been China, China, China, but so much manufacturing is moving out of China right now. A lot has moved to Vietnam and Indonesia. Our exports increased last year to Singapore. It’s a small, tiny country, but they’re getting big dollar exports from North Carolina.

Individual countries in Europe have really seen some pretty dramatic growth over the last year. In Western Europe, the Netherlands and France are doing extremely well.

COVID really shifted things around. So much has moved out of China, and it's not going to go back to how it was. But China's not going away, not by any means. It’s still our third largest export market. China is big and important for us, but we’re definitely seeing things move around.

If I was a small business owner and thinking of exporting, what should I do?

Email or call and we'll come visit. We're finally getting back out and visiting companies here again in the state. I'll talk with a company about the process and talk about what they want to do.

Nobody knows everything, but that's the beauty of the network we have here in the state. Somebody knows something about this and that, and we probably know something that could be very helpful to the growth of your business. Don't be afraid to reach out.