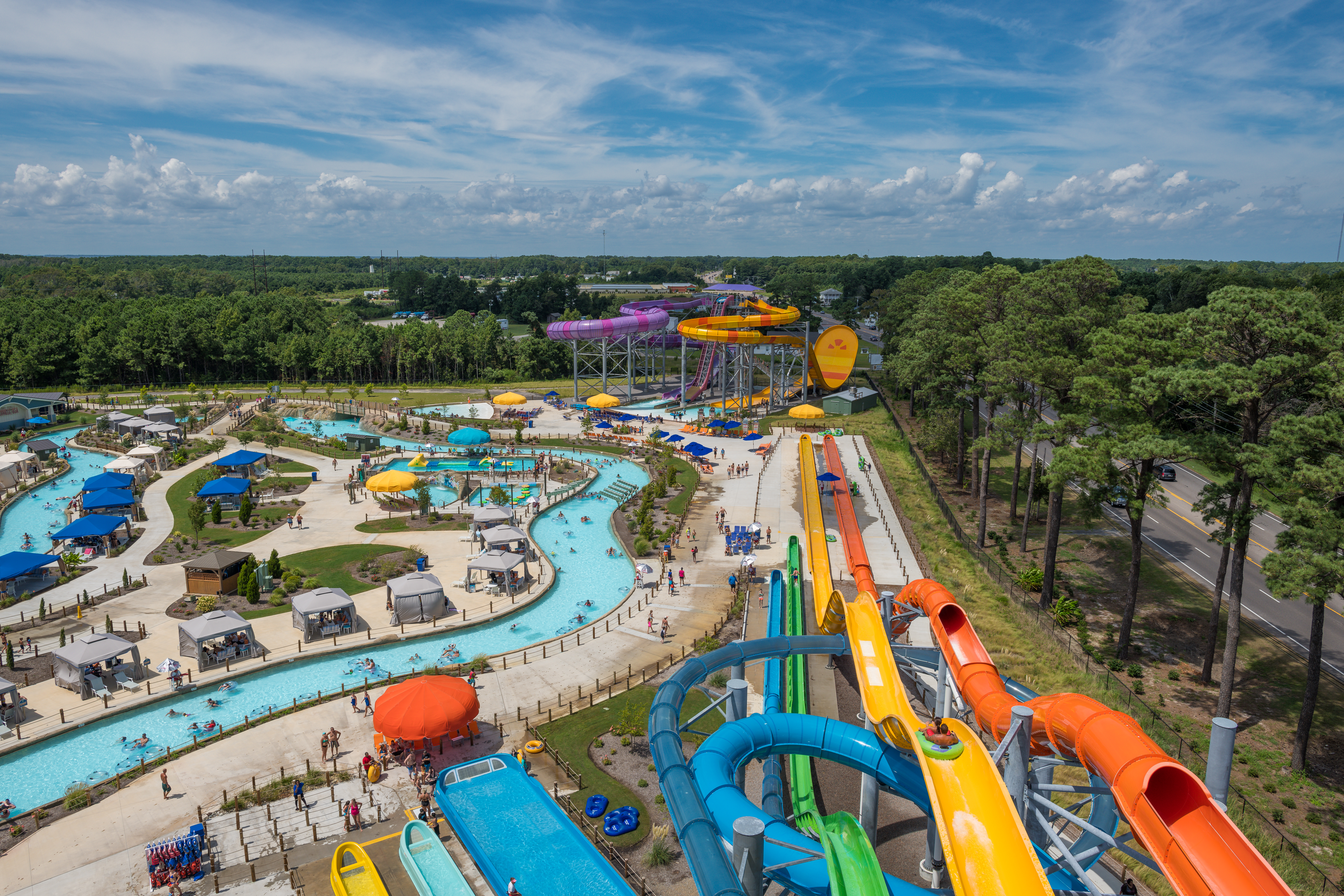 H2OBX Waterpark Will Trigger a Business Boom in Lower Currituck 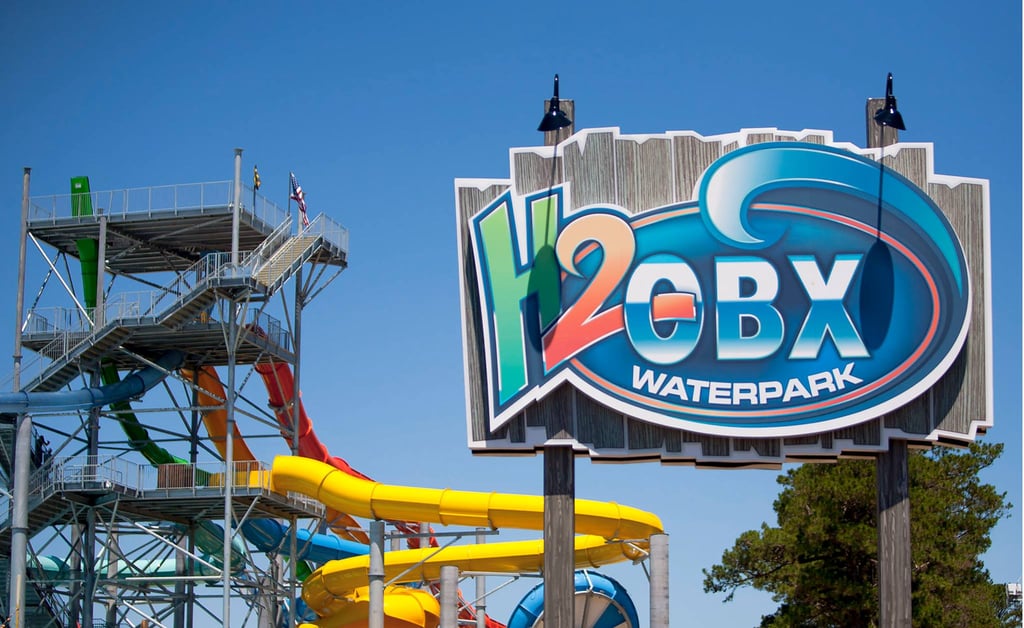 In 1875, the Currituck Beach Lighthouse was built to help ships navigate along the coast of North Carolina.

One hundred and forty two years later, another lighthouse appeared in Lower Currituck with a different mission. It stands (relatively) tall among a sea of umbrellas, winding rivers and shimmering pools.

It has one job: to steer cars, buses, RVs (and anything with wheels and people) into to the newly paved parking lot of the H2OBX Waterpark.

Not long ago, the same parcel of land was the site of a Barnhill Contracting plant. Today it’s home to a 30-acre city of waterslides, adventure lagoons and an oversized pirate ship.

While Outer Banks visitors and residents are celebrating the arrival of H2OBX as a new way to escape the summer heat, the real perks of the park are yet to come.

In terms of economic development, the waterpark will be a game changer. It’s definitely going to make waves, but there’s also the possibility that it could be a tidal wave-sized catalyst for change.

Hundreds of thousands head to the Outer Banks every year. But H2OBX now gives those tourists a reason to travel back and forth from the beaches to the mainland.

That increase in visitor traffic from the beaches, across the bridge and three miles up Highway 158 has the potential to transform the landscape of Lower Currituck forever.

Over the past decade, most of the economic growth in Currituck has occurred in the northern part of the county.

For anyone living and working here, it’s been easy to see that there has been more residential and commercial development in places such as Moyock and Corolla. Understandably, residents of Lower Currituck raised concerns and wanted to understand why they lagged behind.

In 2015, Currituck County contracted an Economic Development Opportunity Assessment for Lower Currituck. The report confirmed that “development activity and economic growth in Lower Currituck has demonstrably lagged that of other areas of the county.”

It also stated that a “potential explanation for Lower Currituck’s income disparity… is the region’s relative lack of participation in the Outer Banks primary industry of tourism. Lower Currituck is home to fewer than its share – based on relative population – of businesses that are part of the industry cluster of firms that constitute the Outer Banks tourism economy.”

How could Lower Currituck get back in the tourism game?

Some experts called for slow, steady growth of the area’s “economic development portfolio.”

But one group of developers had another idea: just add water.

Will It Float? The Secret to Building a Waterpark in the Outer Banks

Everybody in the Outer Banks knows that water moves fast.

Rogue waves can knock you off your feet. Torrential storms can roll in from the Atlantic Ocean. And state-of-the-art waterparks can appear magically out of thin air.

Okay, it wasn’t actually magic, but the development team behind H2OBX sure made it seem that way. Ceremonial shovels broke ground on the site in October 2016. Nine months later the waterpark will welcome its first sunblock-slathered guests.

What’s the secret to their speed? They’ve all done this kind of thing before.

If you’re going to build a waterpark, this is the closest you can get to an all-star team.

Ken Ellis is president and CEO of Aquatic Development Group (ADG), the premier waterpark design/build company in the United States. Ellis and Arthur Berry III own the Camelback Resort, home to Aquatopia and Camelbeach outdoor waterpark, the largest outdoor waterpark in Pennsylvania.

Tim Gantz is the former owner and operator of Noah’s Ark, the largest outdoor waterpark in America. And Jeff Malarney is a former Navy JAGC, North Carolina vacation rental industry veteran, local resident and practicing attorney in the Outer Banks.

Why did they choose Currituck?

“They weren’t that many outdoor attractions in the area,” said Brian Czarnecki. “We wondered why it hadn’t happened before.”

Czarnecki is vice-president of sales and marketing for Camelback Resort. He said that the Currituck location had been on the company’s radar for about a decade. Moving forward required waiting for the right “economic conditions.”

There was also one significant financial obstacle.

“The marketing cost was substantial,” Czarnecki said. “The park could never afford to market to visitors in all of our target areas.”

The budget to reach visitors from half a dozen states through TV commercials, print ads, radio spots and billboards was prohibitive.

So the company got creative. 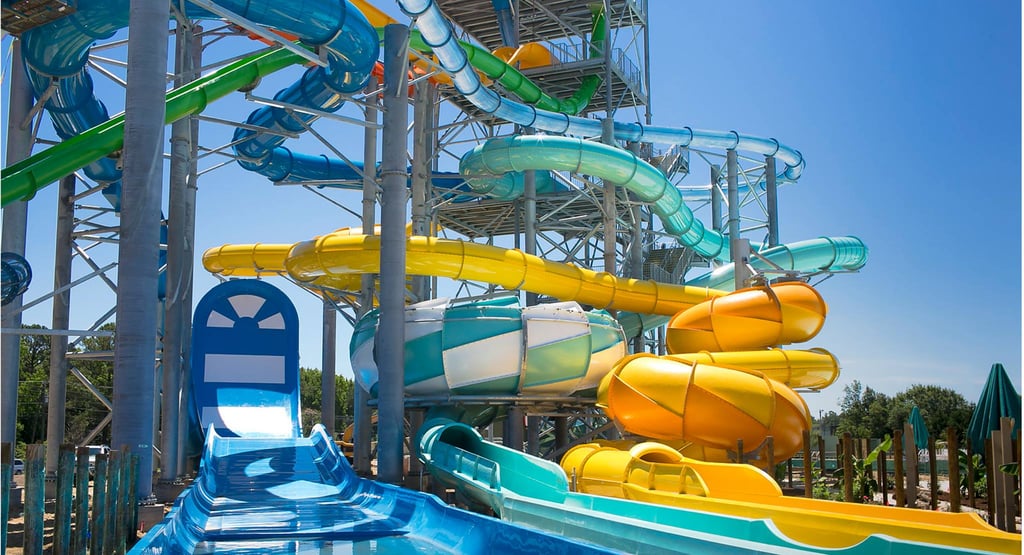 Make a Splash: If You Market It, They Will Come

Instead of trying to reach millions of potential visitors, H2OBX decided to focus on the people who are already staying in the Outer Banks. Developers partnered with 19 of the top local rental property managers and brought them on as investors in the waterpark.

H2OBX partners send emails directly to renters. Property managers offer discount admissions to the park. All parties have an interest in promoting H2OBX in person, at their properties and online with social media.

He cited the density of rental properties in the Outer Banks and the area’s remarkable peak season occupancy rates (75-100%) as two reasons that this type of arrangement is set to work so well. His opinion is that it would be difficult to try something similar anywhere else in the United States.

And while the waterpark is being marketed primarily to renters of vacation homes (and about 30 motels and hotels), it’s open to everyone and anyone who’s looking to float, slide or surf.

“Our focus is on people staying in the homes, but we will absolutely have drive in guests” said Czarnecki.

How will they attract those guests? Brightly colored tube slides that top out around 9 stories helps. So does all that splashing and screaming.

“Seventy percent of inbound traffic to Outer Banks will drive by H2OBX,” he said. “ And there’s no better billboard than the park itself.” 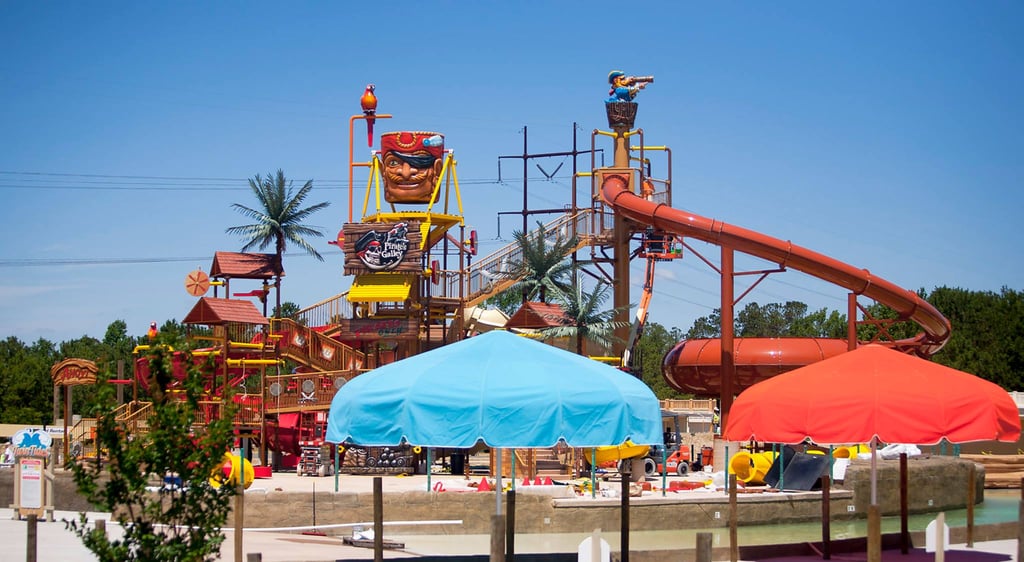 Raise the Sails: A Catalyst for Business Growth

H2OBX developers are optimistic about the park setting off a chain reaction of business growth because they’ve seen it happen before.

The Camelback Resort is located in Pennsylvania, “in the heart of the Poconos,” three miles from Interstate 80. Businesses located on the route between the interstate and the park can tap into that robust flow of customers.

“Restaurants, grocery stores, shops… they all get access to the traffic that drives in and out every day,” Czarnecki said.

Czarnecki anticipates similar results in Currituck County, highlighting the 3-mile stretch of 158 between the waterpark and the Wright Memorial Bridge.

“That’s where I think businesses can benefit the most,” he said. “With that traffic, business will boom. Tourism dollars flow in. Jobs are created.”

In the past, people headed to the Outer Banks might have made the long summer drive, reached their final destination and stayed put. Giving them a can’t-miss activity on the mainland could dramatically shift the dynamics and flow for Lower Currituck.

It becomes less of a pass-through and more of a main drag.

“You have to pull them back off the beach,” Czarnecki said. “When you start to pull people off the beach midweek, more people will stop in the shops.”

Kugler told the Virginian Pilot in March that the waterpark could attract hotels, restaurants and other tourism-related businesses. It could also give a boost to two nearby golf clubs: Kilmarlic and The Pointe.

“We think it will be a great boon for the county,” Kugler told the paper. “Getting people back over the bridge is a big thing.”

Everybody in the Pool: Becoming Part of the Community

Even though visitors to H2OBX will be surrounded by roughly one million gallons of water, its owners don't want to think of it as an island.

Czarnecki said that the goal of the waterpark is to operate as a sustainable property. That concept not only includes being environmentally responsible (the park constructed its own wastewater treatment facility), but also economically and socially sustainable and connected to the community.

“The county has been fantastic and has offered huge support,” Czarnecki said. “We’re trying to build a partnership. We’re trying to be good stewards of tourism. And we can’t do it alone… we need partner and community support.”

Making locals feel like they are part of the park is key and that’s why special offers won’t be limited to tourists and vacation renters. H2OBX will offer a deep discount for anyone who lives or works in either Currituck County or Dare County.

Something else that goes a long way in rallying public support? The fact that the waterpark will employ 450 people in a combination of full, part-time and seasonal positions.

What does the future hold if H2OBX Waterpark is indeed a success? Lower Currituck’s economy won’t be the only thing that scales up.

“We have room to grow.” said Czarnecki. “We are definitely considering expanding.”

The current incarnation of H2OBX occupies about one-third of its 80-acre parcel. Following in the footsteps of Camelback Mountain Resort, Czarnecki said plans could include adding more waterpark attractions along with other adventures that the market needs. That could be a larger surf park, an adventure park, or even a themed restaurant and RV park. The possibilities are endless.

But before they get bigger, the immediate focus is on fine-tuning the H2OBX for the here and now. Currituck’s waterpark is comparable in size to Camelbeach in the Pocono Mountains, which can host up to 10,000 guests per day. Instead of overfilling the park, Czarnecki said that H2OBX will limit tickets to around 5,000 per day.

“We'll cap tickets so that we can give visitors the best guest experience,” Czarnecki said. “And that’s our goal for H2OBX, we want the people that come here to have an experience like no other.”

Previous Story
← A Down and Dirty Guide to Business Retention & Expansion
Next Story
Economic Development: What Quality of Life (Really) Means and How to Design It →