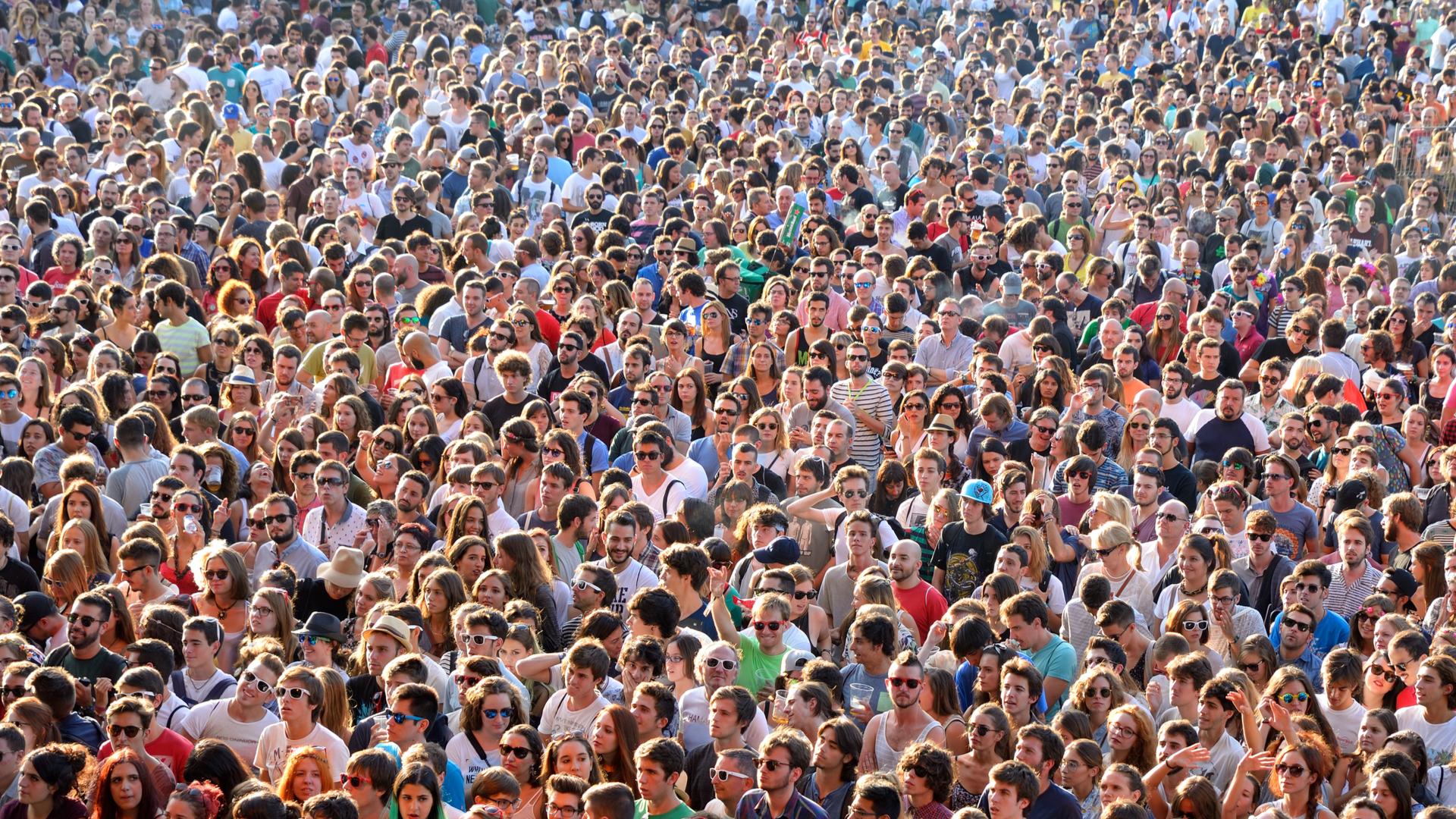 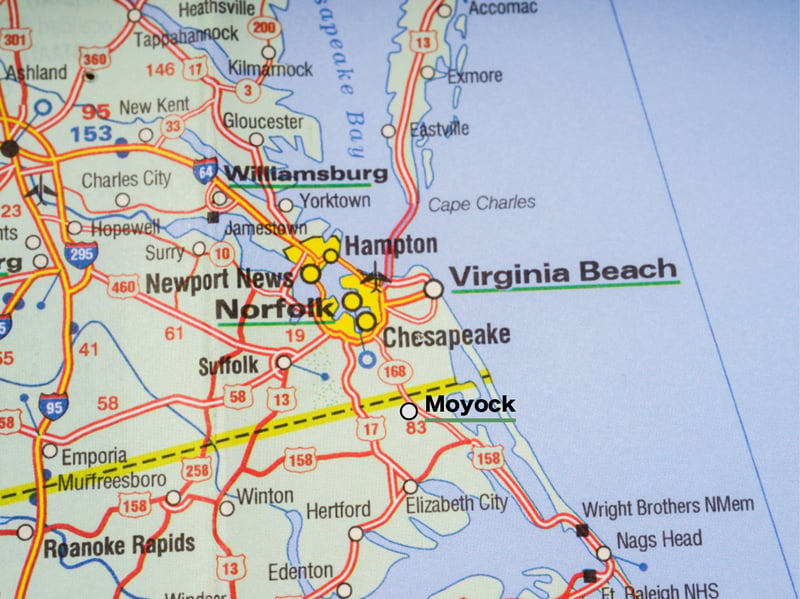 The Hampton Roads region is growing overall but the communities that are part of this metro region in Southeastern Virginia and Northeastern North Carolina are seeing both growth and contraction in their individual population trends.

Federal census data ranks the Hampton Roads Metropolitan Statistical Area as the 37th largest in the United States. The region has a larger population than Jacksonville, Milwaukee and Providence, the largest city in Rhode Island. But it’s smaller than the Cleveland, San Jose and Nashville metro areas.

You might also hear the region called Tidewater, Coastal Virginia or the 757, after the local telephone area code. Federal Department of Defense spending, tourism and maritime commerce are major, longtime drivers of the area’s economic and population growth and stability.

Overall, the Hampton Roads MSA’s population was estimated to be approximately 1.76 million in 2019 -- a 3% increase from 2010, when the population was about 1.71 million. Virginia’s statewide population at that time was 8.58 million, an increase of about 7% from 2010. The estimates are based on the most recent data available, just before the scheduled release of 2020 Census data in the spring of 2021.

As defined by the federal government, which calls the region the “Virginia Beach-Norfolk-Newport News, VA-NC MSA,” the jurisdictions are the cities of Virginia Beach, Chesapeake, Norfolk, Newport News, Hampton, Portsmouth, Suffolk, Williamsburg, Poquoson, Franklin (not to be confused with Franklin County near Roanoke), and the counties of Gloucester, Isle of Wight, James City, Mathews, Southampton and York.

Individuals and some entities, such as the Hampton Roads Planning District Commission (HRPDC), define the metro area differently from the federal government by including or excluding some adjacent jurisdictions.

In a quirk of governance, all of the Virginia cities in the Hampton Roads metro are independent. That means they don’t coexist with county-level governments.

To put it more simply -- unlike some metro areas elsewhere in the U.S., in Hampton Roads, each Virginia jurisdiction in the federally defined MSA has a separate municipal government. And within some of the MSA’s counties, such as Isle of Wight, there are towns that also have their own governments.

That means there are more than 20 elected municipal governing bodies in the region responsible for communities ranging from nearly half a million people to about 2,500.

Here’s some insight and a closer look at growth trends in some of the region’s localities. 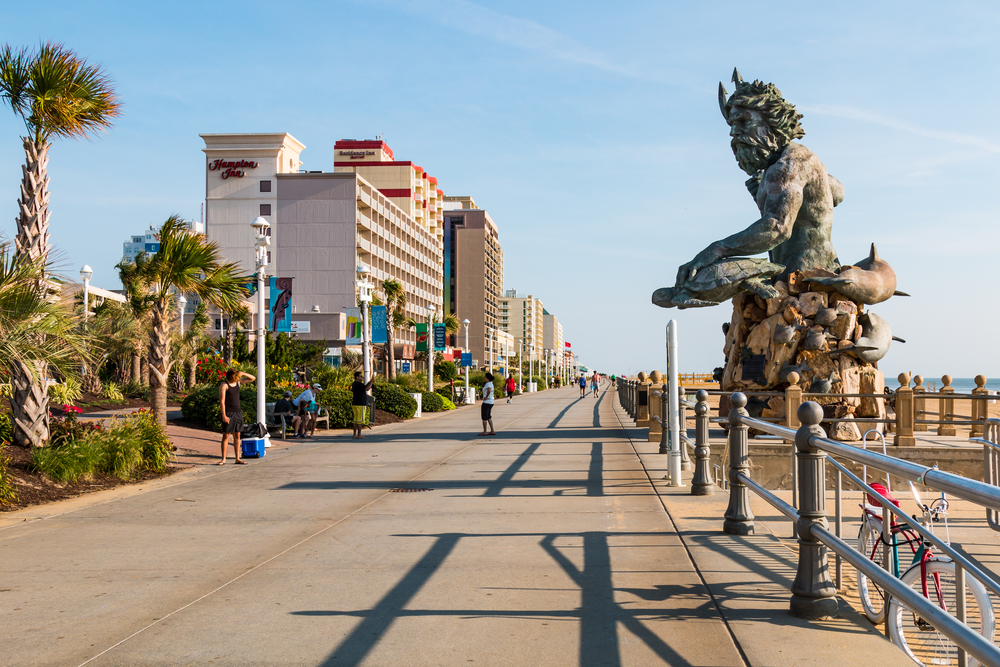 With a population of nearly 450,000, Virginia Beach is Hampton Roads’ largest city. Projections are that the city’s population will reach 460,000 when 2020 census numbers are officially released. By 2040, that number is expected to grow to nearly 471,000.

On its own, the city is the 44th largest in the U.S., ahead of Minneapolis and Oakland but behind Miami and Long Beach.

Technically, however, Virginia Beach isn’t the most populous jurisdiction in the state. That distinction goes to Fairfax County in Northern Virginia, which is home to approximately 1.14 million people. Fairfax’s population is expected to grow to more than 1.3 million over the next 20 years.

In the spring of 2020, the 58-year-old City of Chesapeake surpassed its much older neighbor, Norfolk, to become Virginia’s second-largest city, according to UVA’s Weldon Cooper Center.

Chesapeake grew about 10% over the last decade and the growth is expected to continue. By 2040, demographers predict that Chesapeake will be home to nearly 288,000 residents. It’s one of the 100 largest cities in the U.S., just behind Winston-Salem, N.C. 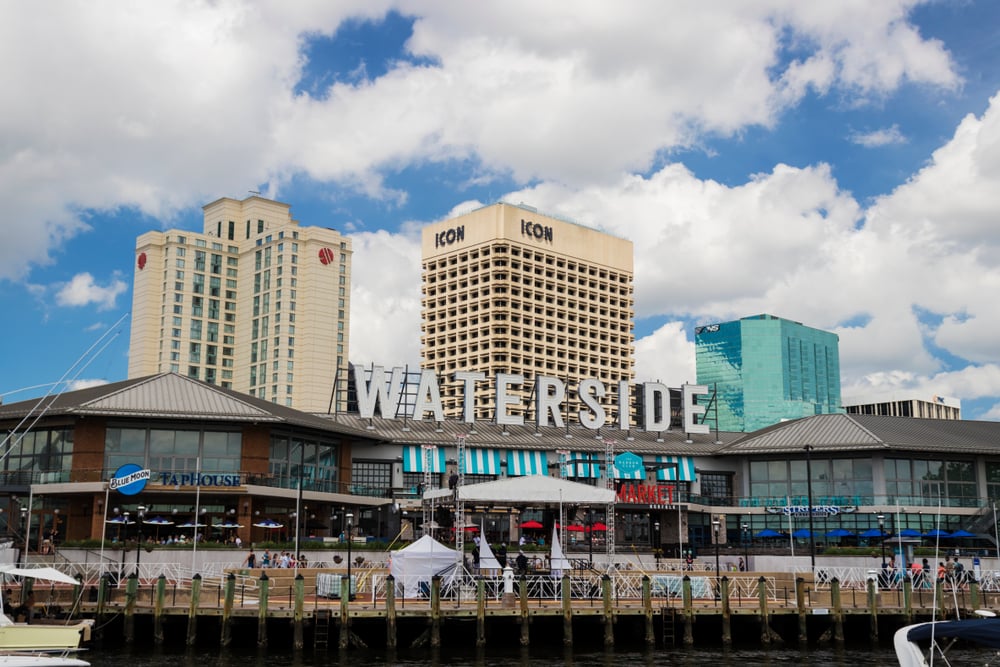 Long the urban heart of Hampton Roads, Norfolk has been an important community for nearly 340 years. But in recent decades, the city’s population has slowly declined from about 261,000 in 1990 to 225,000 in 2000. Growth began again over the next decade, with the city regaining some -- but not all -- of the population lost.

Over the next 20 years, experts predict Norfolk’s growth will be flat, landing around 250,000 in 2040. The population gap is expected to continue widening in the coming decades, during which Richmond -- Virginia’s state capital -- is also expected to register a larger population than Norfolk.

Despite this decline, Norfolk is expected to retain a spot as one of the 100 largest cities in the U.S., just behind Chesapeake.

Located just across the Elizabeth River from Norfolk, Portsmouth also has also been an established community for hundreds of years. It has a long history and strong connection to military and maritime history and work that continues to the present day. The population here also has declined in recent years from an estimated 104,000 in 1992 to 95,000 in 2020.

In the next 20 years, the population in Portsmouth is expected to continue sliding down to a projected 85,000 in 2040.

The westernmost large city in the region is also one of the largest cities in the U.S. by land area -- Suffolk spans 429 square miles from the North Carolina border north to the confluence of the Nansemond, James and Elizabeth rivers. Suffolk has grown by more than 10% since 2010. 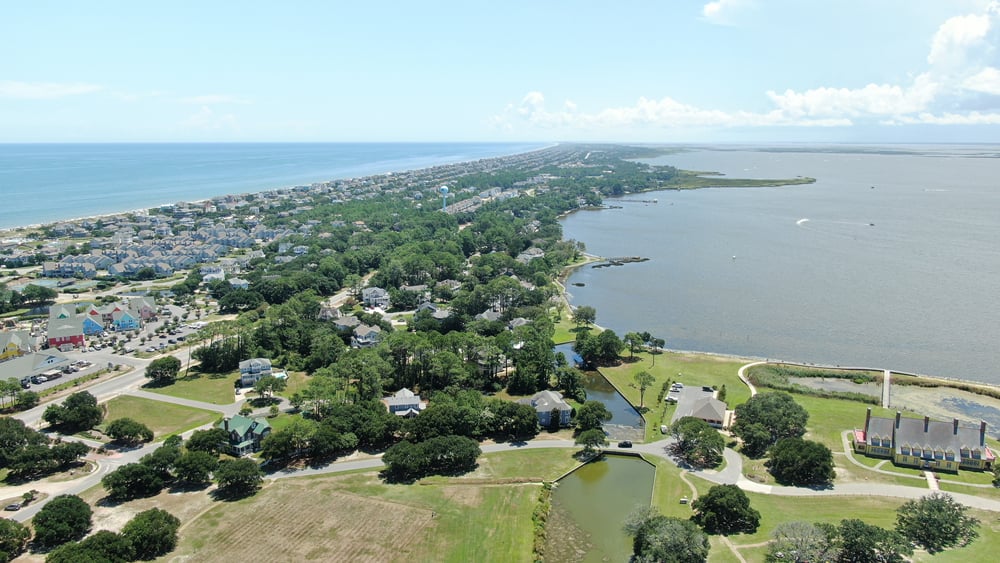 North Carolina’s cities, towns and counties are growing. Statewide, North Carolina’s estimated population in 2020 was 10.6 million. By 2050, an anticipated 14 million will call the state home. Migration is a key component of the state’s growth -- that trend is likely to continue.

During the same period, Camden County had the third-highest growth in the state -- 45%. The overall population, however, is still just over 10,000 residents, about the same as Gates County, which is home to about 11,500 people. 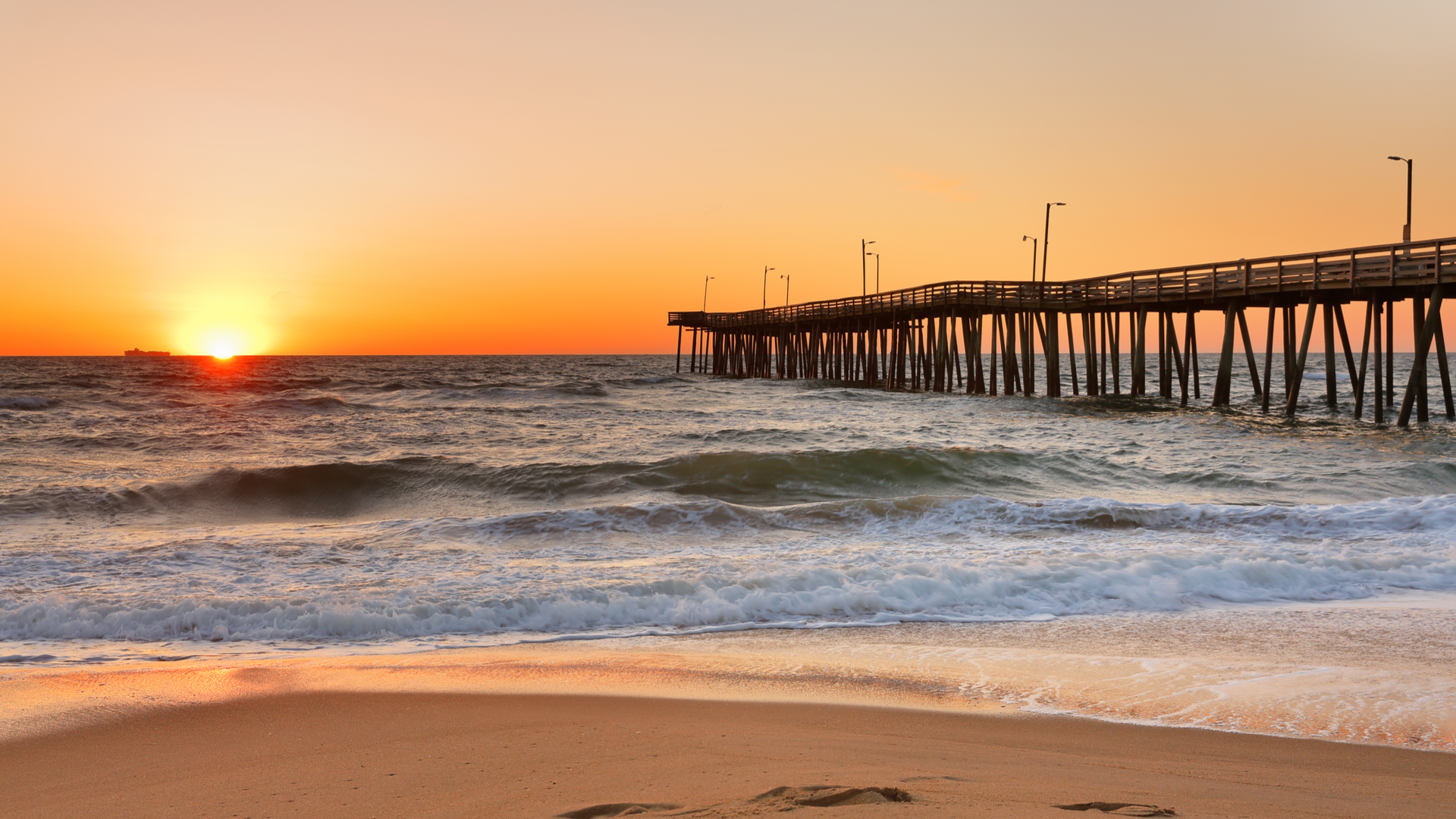 Previous Story
← Adaptive Reuse: The Art of Giving Old Buildings a New Life
Next Story
Moyock NC: 5 Things You Should Know About Its Past, Present & Future →