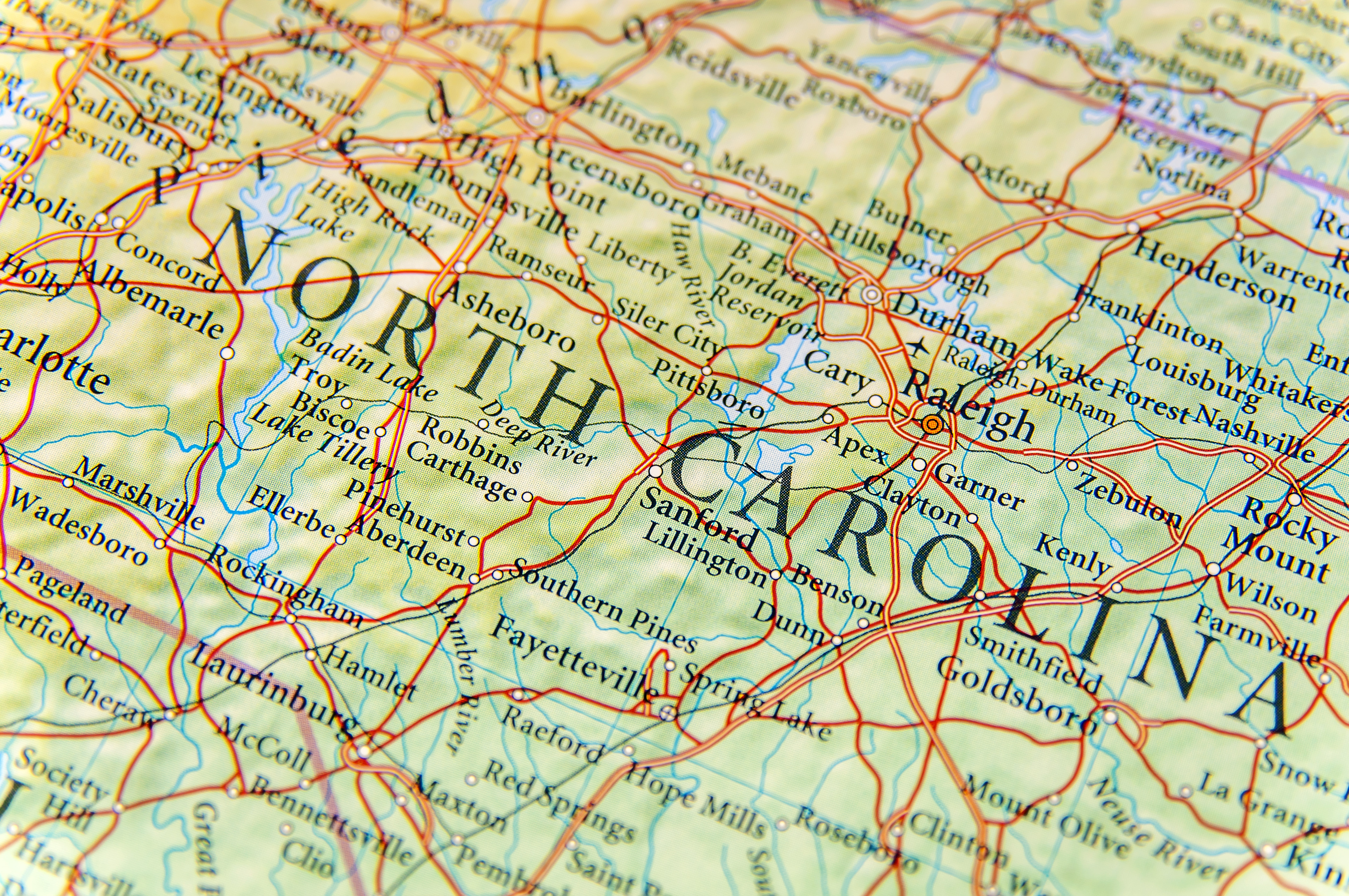 A Conversation with the CEO of the EDPNC about Low Corporate Tax Rates, Growth in Currituck County and the Economic Development Challenges Facing North Carolina 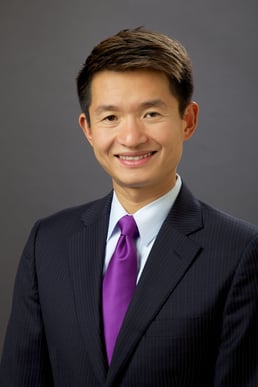 Christopher Chung is the chief executive officer of the Economic Development Partnership of North Carolina (EDPNC). Chung joined the EDPNC in 2015 after serving as the first CEO of the Missouri Partnership.

Founded in 2014, the EDPNC works closely with public- and private-sector partners at the state, regional and local levels. As a nonprofit public-private partnership, it operates under contract with the North Carolina Department of Commerce, while receiving financial support from private companies throughout the state. Governed by a 17-member board of business and industry leaders, the EDPNC serves as North Carolina’s statewide economic development organization.

What does the 3% corporate tax rate mean for businesses in North Carolina?

Companies are trying to maximize profitability, so taxes are one of those things that they have to account for as having an impact on overall profitability.

The corporate tax rate is not the end-all be-all, but it is certainly part of that message just like infrastructure, location, workforce and other costs of doing business. Regulation, educational institutions, even quality of life. All of those things get wrapped up into the value proposition. But that low corporate tax rate can absolutely be part of the overall message that we're communicating to companies that are thinking about where they will expand or relocate.

Do you get feedback about how important low corporate tax rates are for companies considering North Carolina?

Tax rates as a whole are part of that overall business climate assessment. Again, it depends on the company. There are some companies that are more sensitive to that then others, but all business, all corporations typically have to pay federal and state corporate tax of some kind. So I think they are always looking to understand what that environment is going to be from a tax perspective.

Corporate taxes aren't the only taxes. Companies have payroll taxes. They have property taxes. And in many instances, they have sales taxes. So again, it's one of those things that is part of a broader assessment. I don't know that any companies come in zeroing in on this specific tax or that specific tax. It's all part of a pretty balanced appraisal of a location's business climate.

There's a publication that caters to economic development professionals called Area Development, and they do an annual corporate survey. They ask individuals to rank about three dozen different location factors in order of importance, and I think state and local taxes are typically in the top ten. Taxes are always important.

How important are financial incentives?

Incentives are a different question. Some companies are not necessarily going to qualify for incentives, based on their hiring and investment plans, or even their industry sectors. For them, they probably care more about that base tax rate. For other companies, the tax rate is certainly an important part of being in a desirable place to do business, but if they are planning a major expansion, or planning a major relocation, or new facility, then they are probably going to be a little more sensitive to the impact of incentives on improving the return on investments for that new facility or that expansion.

It’s hard to generalize because it's a pretty nuanced issue as you might imagine, depending on the company. 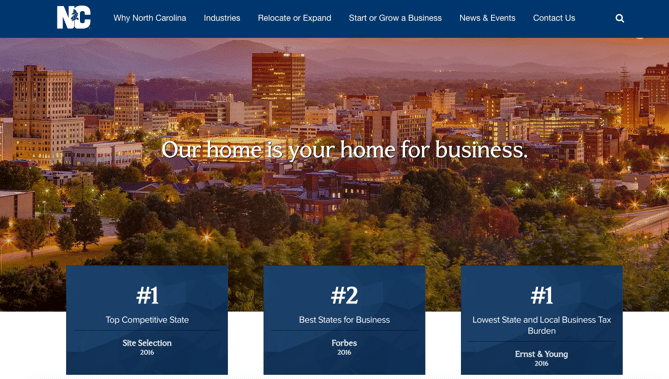 When it comes to promoting economic development in North Carolina, what are your biggest challenges?

Our organization is responsible for what I would call five “core economic development functions.”

One of them is recruiting of new industry from outside of North Carolina. That could be corporate headquarters, that could be software, that could be biotech, manufacturing, food processing and what not. We also are responsible for supporting the growth of existing companies that are already here. We are responsible for export promotion, and that has a lot to do with assisting North Carolina manufacturers who tend to be mid-sized or even small manufacturing entities and we try to help them to grow their customer base in overseas markets around the world.

We also do some small business start-up counseling, helping individuals answer early questions they may have about what it takes to get a business up and going in North Carolina. And we're also the state's organization responsible for tourism and visitor promotion, so that includes not just attracting the leisure traveler, but that includes group travel, amateur sports-related travel and film and TV-related production. As well as retiree attraction. So, all those things fall within our tourism business unit.

So I think our challenges vary, depending on the function.

And geographically, each part of the state is going to have different challenges.

Absolutely. For example, Currituck County has been one of the fastest growing counties in the state due to second home ownership. It's a very big, very attractive location for our tourism economy. But Currituck County, of course, is also interested in diversifying its economy beyond tourism.

What they're trying to do is make sure that they've got the attractions and amenities that might draw a leisure traveler, but perhaps also assist in some small locally launched businesses and entrepreneurs that can cater to that tourism economy. They're not so much focused on recruiting in a factory for example, or they probably don't have the access or right profile to recruit a biotech or a corporate headquarters operation. I mean they kind of understand where their sweet spot is, and that's what they bank on from an economic development standpoint.

It's very different depending on where you go in the state. North Carolina is a very diverse state from east to west, in terms of natural features as well as economic make-up. 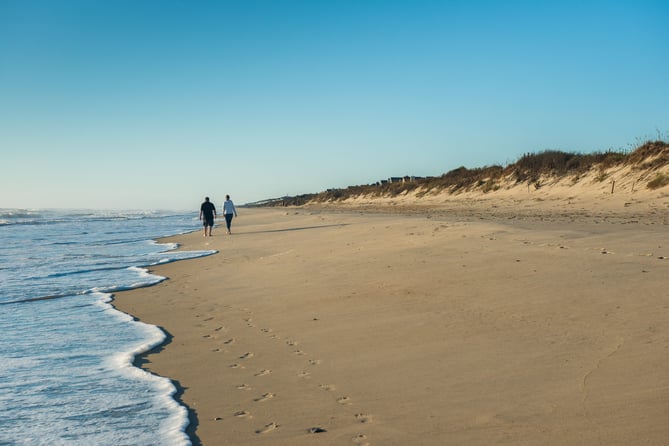 What do you see as the biggest economic development advantages for northeastern North Carolina?

Currituck County draws in so many people from outside. They're gifted with all that beautiful coastline. Currituck is very blessed to have a lot of those natural features that make it an attractive location for tourism and outside visitors. The new Mid-Currituck Bridge is going to dramatically improve access which will help them capitalize on more of that visitor and tourism economy.

But as you get a little bit further inland and get to some of those counties it's a bit more challenging. They don't have some of those natural assets that may draw the kind of tourism activity that a Currituck County would.

Those areas are really trying to figure out the most effective economic development strategy that they should be pursuing. Is it to put all their eggs in the basket of recruiting an employer from the outside? Is it shoring up the base of existing industry in that area and just hoping that most of the growth will come from incremental expansions that those companies make? Is it helping entrepreneurs launch more small businesses and hoping to kind of organically build up an economy from there?

It's not for us as a state organization, for example, to dictate to an area how they should do it. That's really up to the local business leaders. It's certainly not easy.

How is your organization's relationship with North Carolina’s new governor?

The five functions we perform used to reside within the North Carolina Department of Commerce. When our organization was formed as a non-profit a few years ago, those functions were transferred out of the public sector and put into the responsibility of this new organization. Because we are performing under contract for the state, we are expected to produce a certain level of results.

We fully expect that the responsibility for making that case falls on our shoulders. We don't take it for granted that someone just says ‘well, that's the arrangement… that's always going to be the arrangement.’ We have to continuously demonstrate a strong performance across all five of those areas that I talked about.

So, it's been a very good relationship so far. It's a constant effort to make sure that we are producing a level of results that people are expecting of us. The day-to-day relationship with the governor, and especially the Secretary of Commerce, has been very, very positive.

It's a team effort here. They have their role. We have our role. The important thing is that we are working together, and not stepping on each others toes or duplicating efforts.

Is there anything that you're particularly excited about for North Carolina in terms of economic development?

The way that we are growing as a state. And again, a lot of that tends to be concentrated in certain pockets around the state. But when you look at the level of growth North Carolina has been seeing over the past two plus decades, how we have been growing at twice the national average, how we've grown two million people since 2000… most projections I've seen don't call for that to abate any time soon.