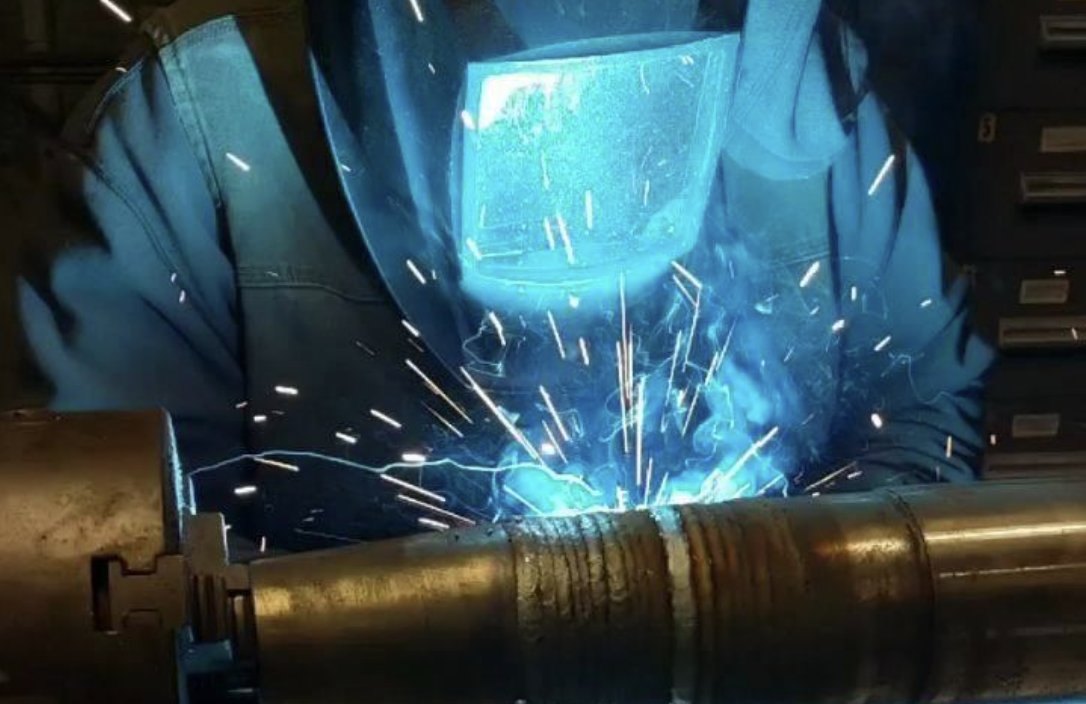 The variety of what can be made with metal at Quality Machine and Fabrication is nearly endless.

Set on a remote dirt road in Moyock, the shop produces tools and parts used in everything from aircraft to business signs.

Owner Jeremiah Brackett and his staff can mill and turn metals by hand on traditional machines or produce pieces made on computer-controlled equipment that measures to within a fraction of the width of a human hair.

Brackett can sit down with a client with a pen and legal pad, draw out the design with a good idea of the dimensions and make a one-of-a-kind part never made before, but is exactly what’s needed for just one task.

The part gets tested and refined until it works.

They can cut intricate designs for display such as a sign featuring a flying eagle with a detailed head and wings surrounded by a name or lettering as desired.

He and his crew weld whatever needs attaching or repairing and can fabricate pretty much anything out of sheet metal.

Some of the parts made here are so proprietary they cannot be named.

“We do everything,” Brackett said. “We do whatever job comes in.”

The manufacturing shop of five employees is rare in Currituck County. With a population of just over 26,000 people, the county depends heavily on farming on the mainland and tourism on its 20-mile stretch of Outer Banks. Shops of all sorts line Caratoke highway catering to traffic heading to the Outer Banks.

Manufacturing establishments in the county employed 71 people last year compared to nearly 3,000 workers in the fields of accommodation, retail and real estate, according to the North Carolina Department of Commerce. 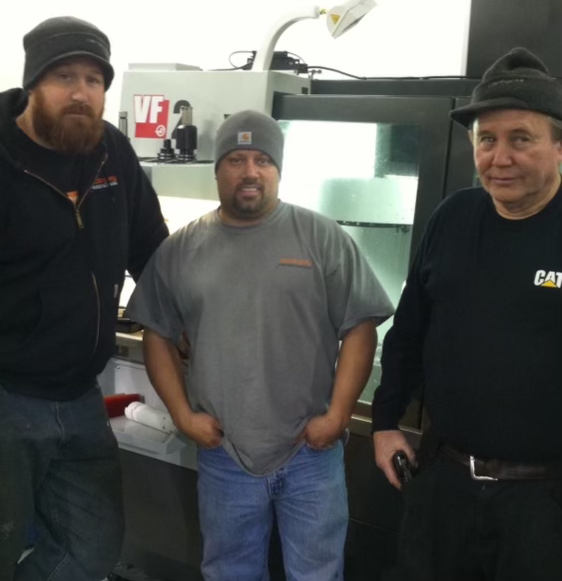 Brackett, 40, has plans to expand clients and the work force of a business started in 1984 in Virginia Beach by his late father, Thomas Brackett.

The business began more as a ministry than as a profit-making enterprise.

After Thomas Brackett’s first wife left him with three young boys, he knew he needed to live life differently. He turned his life around in the early 1970s from a roughneck to a devoted Christian.

He moved back to his parents’ farm in North Carolina and later moved to Norfolk to attend a Christian college. While attending church there, he met his second and last wife, Debby. They soon married and had, over the years, three more children, including Jeremiah.

As part of his conversion, Thomas wanted to help troubled veterans and others who needed to find a career, learn life skills and get free from addictions and other disorders. He took the men in, housed them and fed them.

“When I was a boy there were generally six men in my house getting rehabilitation,” Jeremiah Brackett said.

Thomas bought a farm along Tulls Creek south of Moyock and in 1999 moved the shop there from Virginia Beach. It was a camp-like setting in rural Currituck that lent itself to more peaceful and private rehabilitation for the men.

Later he expanded his services to include troubled and inner-city youth and eventually included Christian youths who showed promise and wanted to learn a trade. He approached churches to send their best young men who wanted to work hard and learn skills that could help them make a good living.

He taught several different trades there including machining, carpentry, electrical and welding. The entire operation combined housing, food and transportation, all paid for with money earned in the machine shop. He never received a grant or government funding.

He believed that if someone else or a government agency financed the ministry, they would want say so on how it was done. He had seen how that could go at other places.

For more than 30 years he helped hundreds of men and boys turn their lives around, get established in a career and have good families.

Thomas contracted prostate cancer about 10 years ago that later spread to a kidney. That’s when his son, Jeremiah, returned to run the machine shop.

Thomas overcame the cancer after six long years of treatments and five major surgeries. He was declared cancer free earlier this year. Recently, he contracted Covid-19 and developed pneumonia. Weakened by the cancer treatments, he died on Aug. 31, 2021 with his son, Jeremiah, there holding his hand. 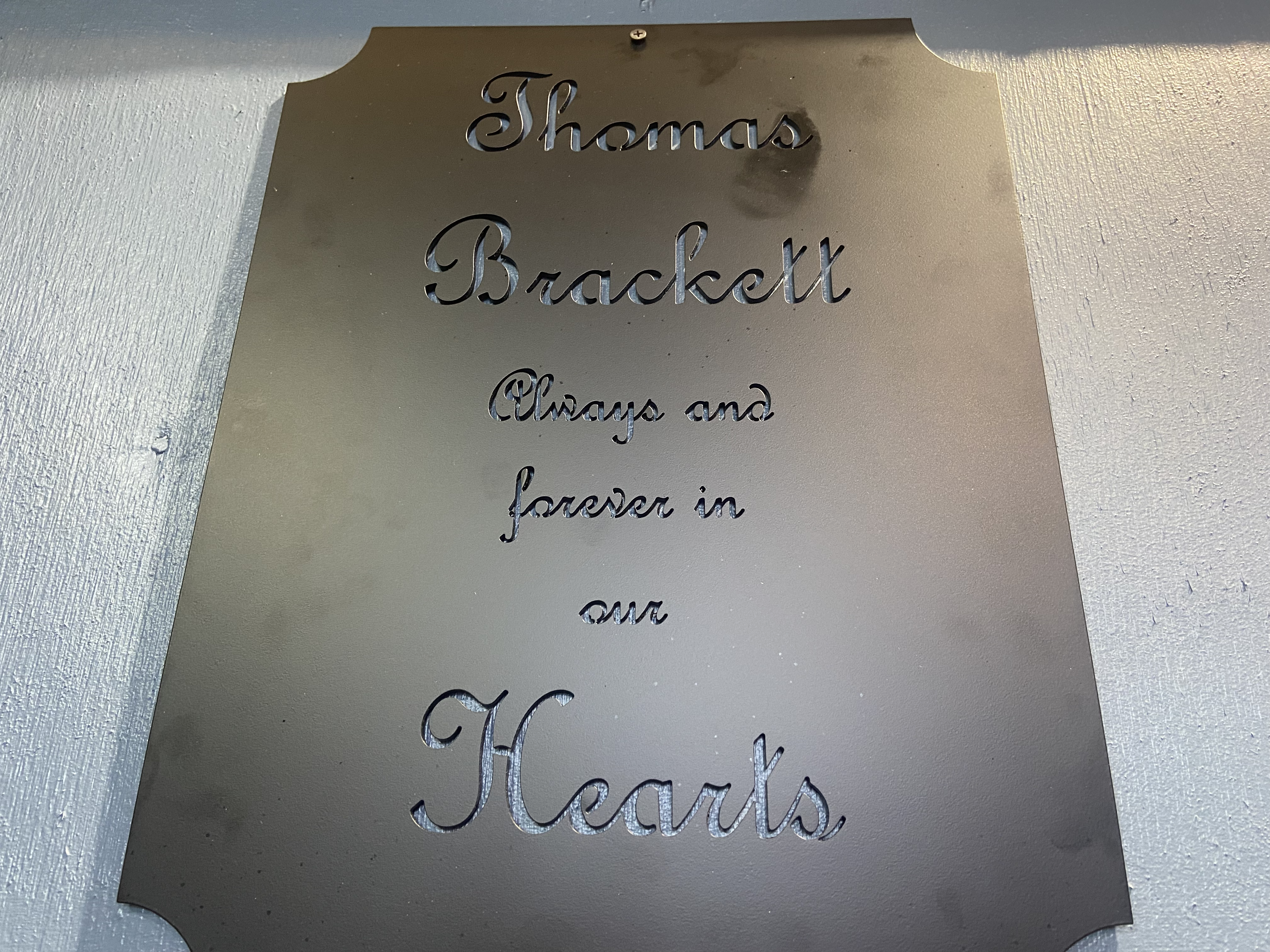 Thomas had worked a full eight-hours just the day before. That is how he was, Brackett said.

Brackett has received hundreds of cards and well wishes honoring his father.

The father and son had not always seen eye-to-eye.

“I was a stubborn young man,” said Brackett, a married father of three.

Jeremiah Brackett quit school at 16 and began working in his father’s shop for $50 a week. A few years later he started his own businesses in tree trimming, commercial fishing and repairing heavy equipment. He eventually earned his GED and attended college.

After he returned to help his father in the shop, they mended their differences and became the best of friends over the last several years. He also quickly learned the business. He had worked in the shop as a young man and knew the skills. 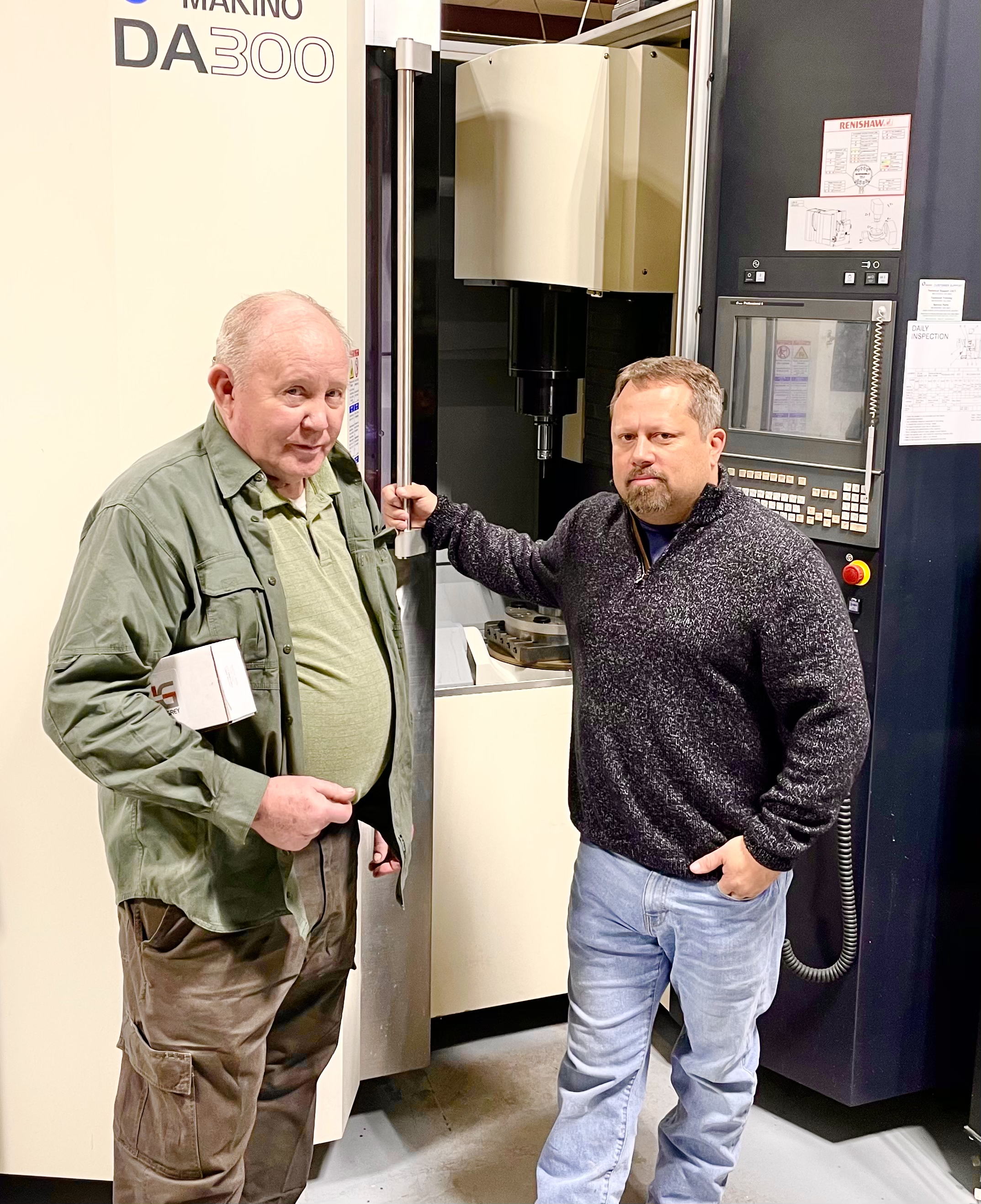 From left: Thomas Brackett, and Jacob Brackett in front of a CNC machine.

“I had never run a machine shop before, so it was trial by fire,” he said.

Now, Brackett intends to focus on expanding the business.

Competition in the field is fierce, Brackett said. Nearly 300 machine shops compete for work within the Hampton Roads area. Competitors can take a client away by undercutting price by as little as a dollar or two per part on a long-run job.

Brackett’s shop might be in rural Currituck, but Hampton Roads industries and his clients are still only a short drive away on Caratoke Highway.

The company is currently getting ISO 9001 certification, a quality management standard recognized worldwide. It is centered around seven principles including customer focus and company efficiency in its management.

Companies voluntarily adopt the ISO 9001 rules to show that they operate based on internationally accepted criteria that indicate quality and good performance.

The standard allows a company to streamline business processes, better satisfy customers, and adhere to regulatory standards. It provides a guarantee of sorts to get the same quality results repeatedly as long as the system is followed.

ISO 9001 can be applied to any size company and in any industry. More than a million organizations in 170 nations hold the certification.

The standard was first published in 1987 by the International Organization for Standardization, an international agency composed of the national standards bodies of more than 160 countries. The current version of ISO 9001 was released in September 2015.

Brackett recently purchased CNC or computer-controlled machines so he could take on clients that require the most precise measurements. The large machines sit in their own climate-controlled space. 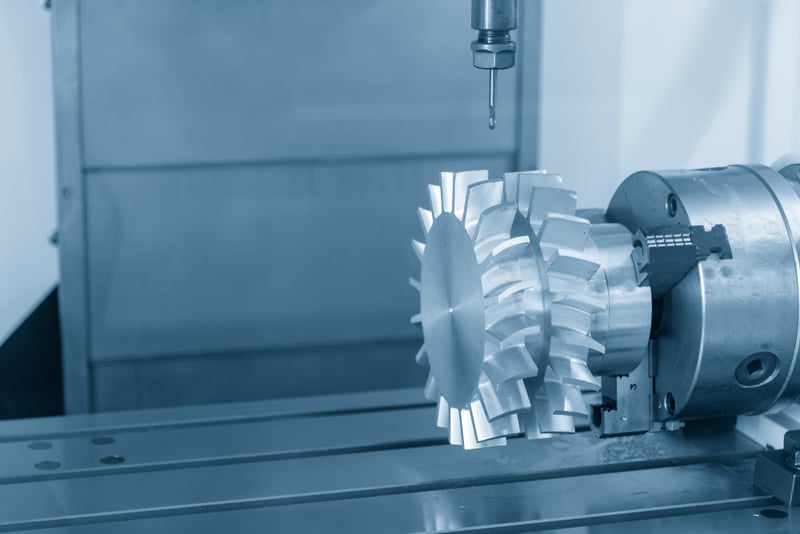 Detail of a 3-axis CNC machine manufacturing a part.

CNC machines can cut metal to within a fraction of the width of a human hair which measures 3,000ths of an inch.

Years ago, clients hired machine shops based on the reputation and skills of the machinist. These days, they care more about whether a shop can make parts with exactness and have the ability to make them over and over precisely the same. CNC machines have that capacity.

“We have to keep up with the times,” he said.

Brackett was recently working on extruding dies for a company that makes the ubiquitous yellow strapping typically used for shipping materials in bulk on pallets.

The operations go on seven days a week, 24 hours a day. Over time, the immense pressure on the metal parts as molten plastic is formed into straps wears on the equipment. Quality Machine and Fabrication repairs the machinery so that the measurements are always exact.

“These have extremely tight tolerances,” he said.

A large part of Brackett’s shop is set aside for fabrication.

Brackett and crew recently made a sleek, durable cabinet to house intricate electronics for Tom Fox, owner of X-Metrics of Virginia Beach.

The cabinet called for an assortment of skills. They shaped sheet metal, angle iron, metal tubing, plastic and aluminum to finish the product.

Fox himself was in the fabrication room installing electronics to complete the job. He was putting in place hardware and was in communication remotely with a partner in Norway who was the expert in adding the software.

The machine itself can be operated remotely. He would not say what it does over concerns about competitors nabbing proprietary information.

A native of England whose parents were Irish, Fox began working with Thomas Brackett more than 30 years ago after coming to Virginia Beach.

He formed a good relationship with Thomas and was pleased with his work.

“He was a very good machinist,” Fox said.