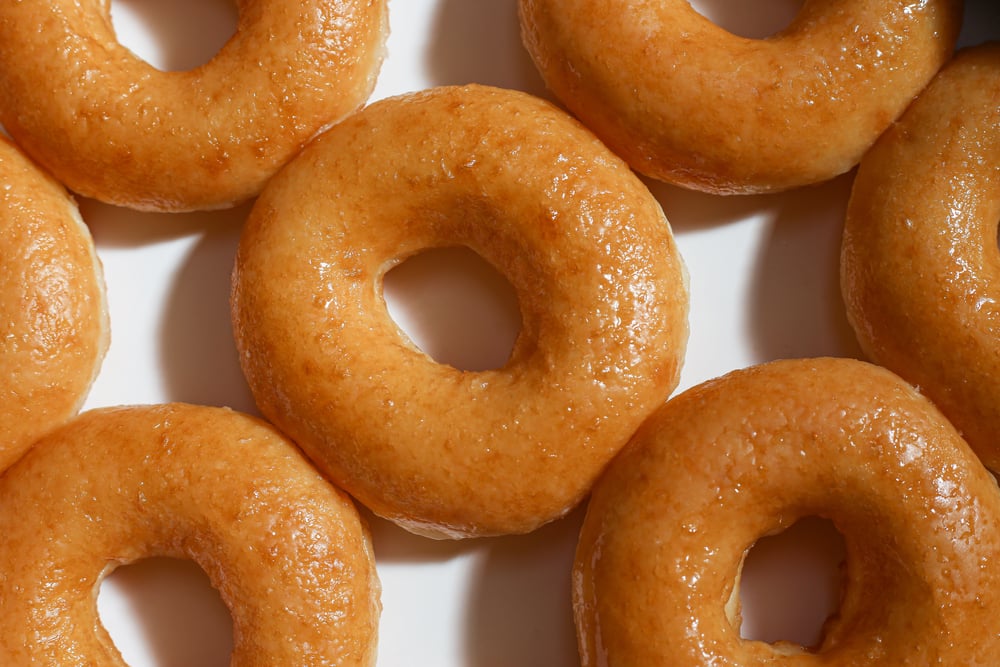 North Carolina knows how to do delicious.

You wouldn't know it from a list of our top exports. Official statistics show that our state is a leading supplier of manufactured products like medicine, chemicals, tobacco, aircraft parts and diesel engines.

But just because you can't see our most famous foodstuffs cracking the top ten doesn't mean that they aren't making an impact in America and across the globe.

All you need to do is hear the names to know that North Carolina is home to some of the most iconic food brands in history: Cheerwine, Krispy Kreme, Mt. Olive, Lance and Texas Pete.

This list reads like an all-star lineup, a snack-soda-condiment dream team that consistently sweeps the sweet, salty and spicy big leagues.

Even more impressive? Every one of these companies started decades ago from humble beginnings and continues to enjoy success today.

Raise a glass (bottle) to the sweetest soda in the South

North Carolina’s favorite cherry-flavored soda is known for it’s cheerful and bubbly personality  along with a ruby-red color, resembling that of a fine wine.

However, “Cheerwine” hasn’t always been this way…

As soft drinks were taking the nation by storm in the early 20th century, L.D. Peeler was busy bottling up a mint-flavored soda pop. This “MintCola” lasted until the food shortages of World War I,  when buying large quantities of sugar became increasingly difficult. The businessman turned to a different, natural source of sweetness: cherries!

The exciting new ingredient brought forth the legendary Cheerwine flavor, and the rest—as they say—is history.

Fast forward 100 years, and cherry-flavored soda is rather common. Go to the grocery store, head for the drink aisle, and you’ll find upwards of 10 different brands to choose from.

What makes Cheerwine stand out  from the rest?

1. Cheerwine is the only American soda still being produced by the family who invented it!

After a century of operations in Rowan County, the family business is going strong! And only a few, trusted people have access to the secret Cheerwine formula. 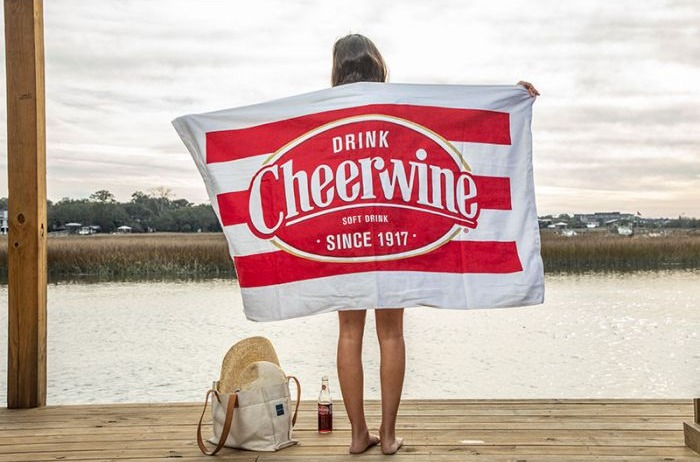 2. The Cheerwine logo goes great on all types of merchandise.

If you want the full, Salisbury experience, getting a Cheerwine ball cap or t-shirt is a must. Sure, most merch can be ordered online these days, but a trip to Fullers Market for Cheerwine socks,  lanyards, chairs, coolers, and more is the proper way to pay homage. 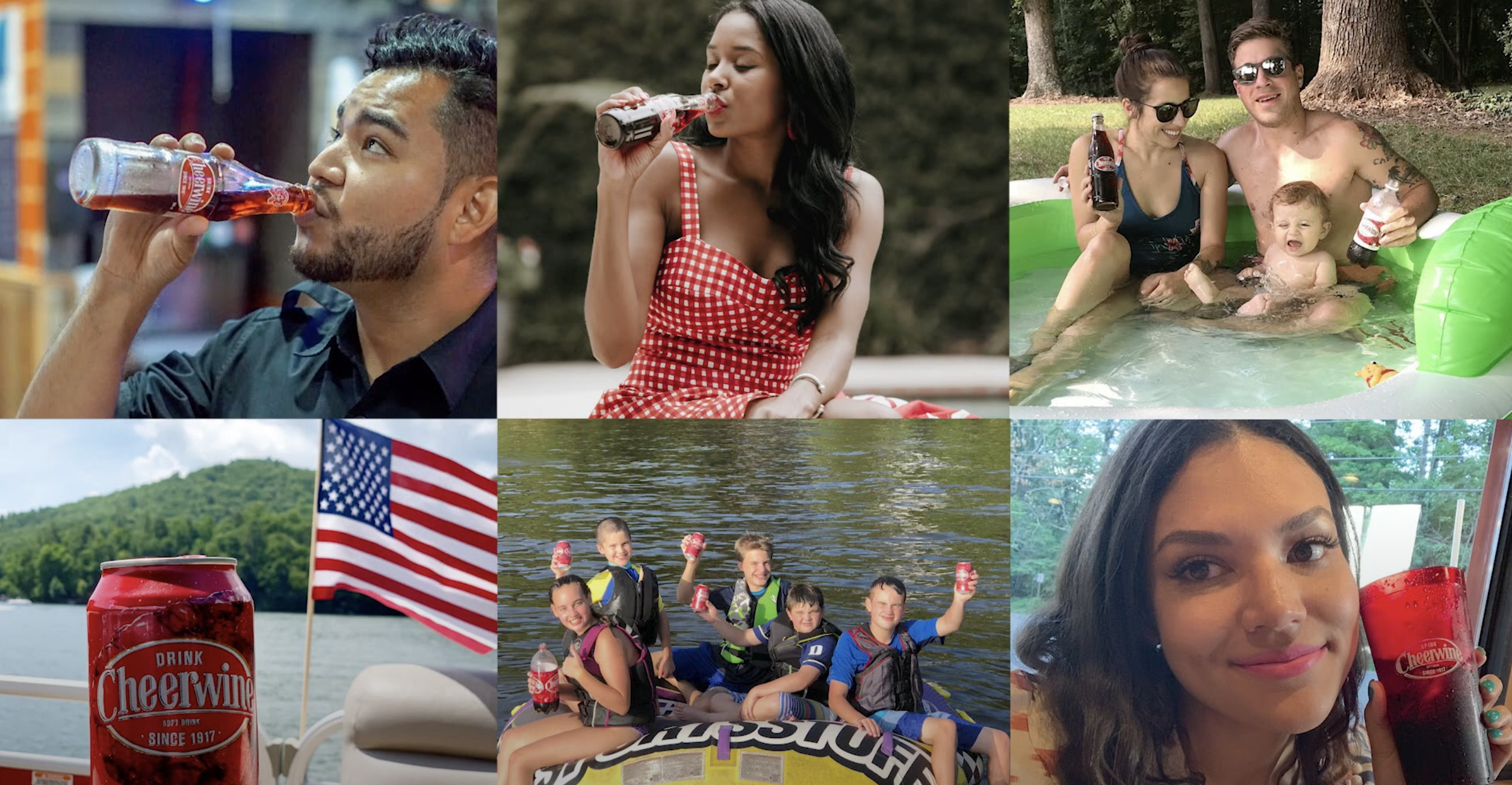 3. Cheerwine has strong relationships with customers from every generation.

After 100 years of business, Cheerwine has a definite nostalgia factor, which is a great way to connect with older generations. In fact, some of the largest companies in the world, like Disney and Nintendo, heavily rely on nostalgia in their marketing strategies.

But, when it comes to  reaching new, younger audiences, brands must find a different way to be relevant.

In recent years, Cheerwine has been able to expand their reach via the internet. Even in the early days of the social networking era, the brand found success by producing video content for social media.

In total, videos of Cheerwine taste tests have garnered close to a million views! These taste tests help people realize that, while other cherry-flavored snacks are overpowering and artificial, Cheerwine is the perfect blend of sweet and smooth.

While the Cheerwine recipe is a well-kept secret, the ingredients to their long-lived success are obvious.  For 105 years and counting, the brand has been able to connect with people, maintain product quality, and prove that good business is built and grown right here, in North Carolina. 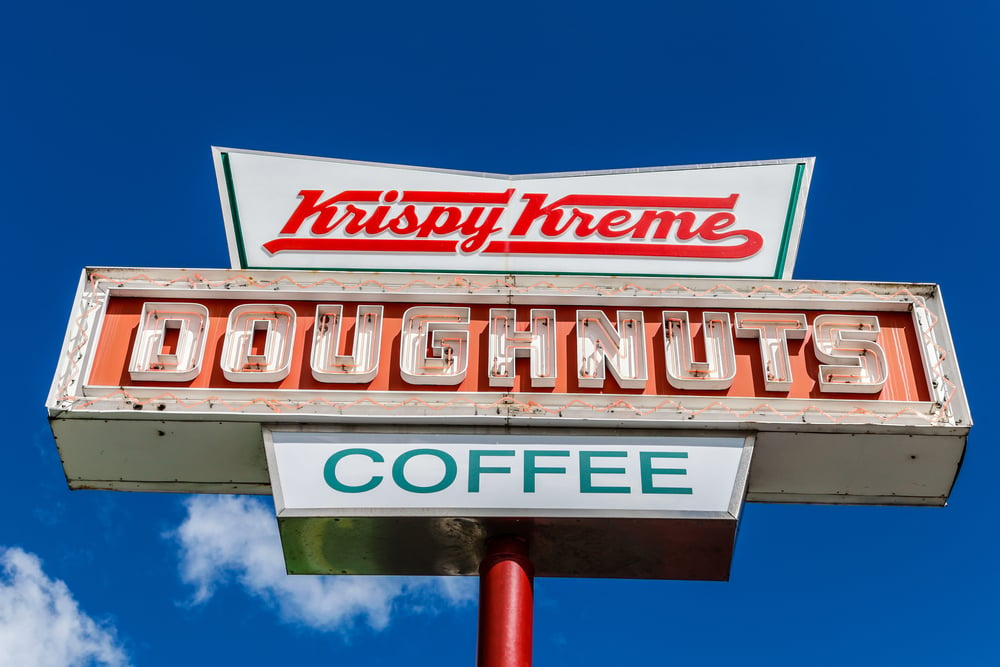 The best things in life come fried, glazed and from North Carolina

After almost 100 years, the company is still headquartered within the confines of the Tar Heel State (talk about coming full circle )!

Though the business began in North Carolina, and flourished in the southeastern U.S., their glazed doughnut has become a global phenomenon.

There are now 1400 Krispy Kreme doughnut shops all over the world, including Australia, Canada, Egypt, China, India, Ireland, Japan, the Philippines, the United Kingdom, South Africa, and more!

Now, that's some considerable growth considering that, in 2004, there were only 357 locations in all.

So, how did they do it? How did Vernon Rudolph, his successors, and the Krispy Kreme brand launch their restaurant from North Carolina to the ends of the earth?

There are several plausible answers, and like the Krispy Kreme dough recipe, some of them might forever be secrets.

But here’s what we can credit for their success: 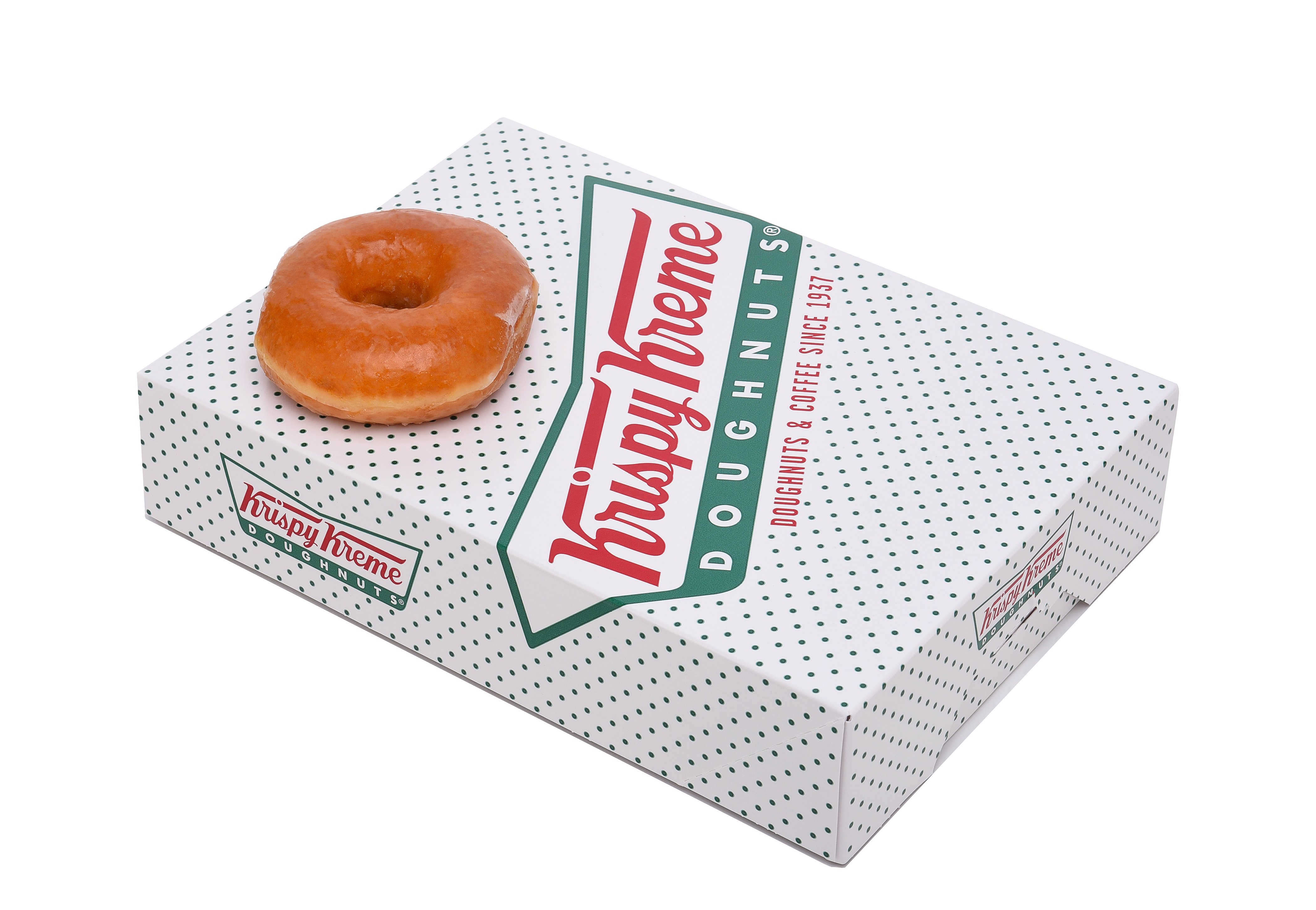 Nothing compares to a warm, melt-in-your-mouth, glazed doughnut. It’s just a fact. And while other brands attempt something similar, they all seem to fall short of a fresh, Krispy Kreme dozen. Obviously, the recipe has always been crucial.

Vernon Rudolph was no chef, but he was a smart businessman, who knew a good thing when he tasted it.

Krispy Kreme’s dough recipe was actually purchased from an early 20th century French baker. We can only guess how much Rudolph paid for this formula, but he certainly got his money’s worth! From using that same recipe, the brand rakes in a little under a billion dollars each year. 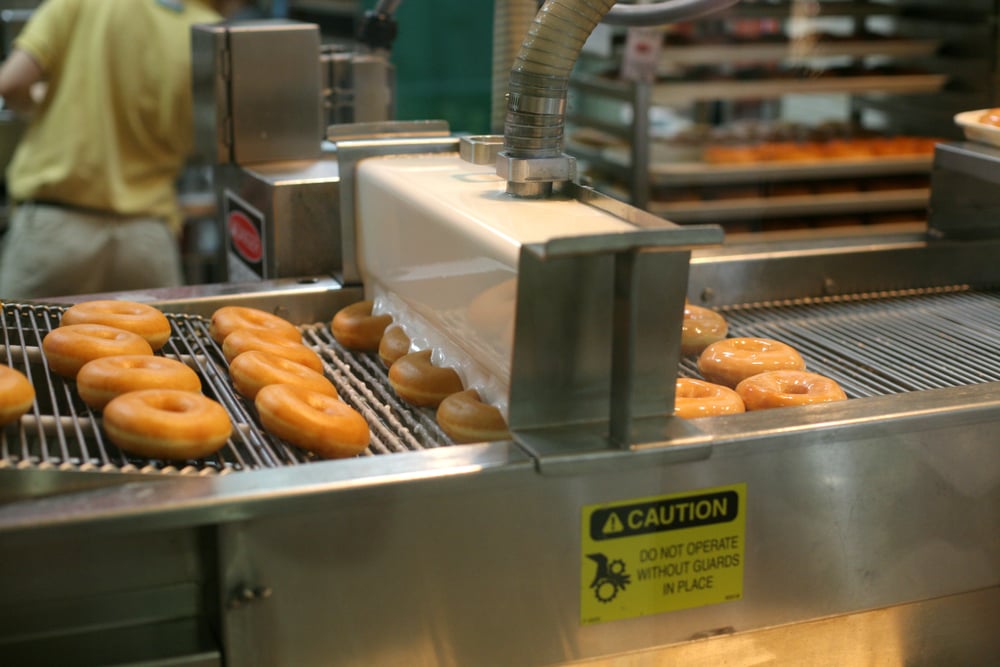 The Method: Made fresh before your eyes

There’s more to business than what you make. HOW you make it also matters.

While Vernon Rudolph purchased what Krispy Kreme sells from someone else, he revolutionized how they sold it.

By inventing and building doughnut-making machinery, Rudolph ensured that his stores could keep up with the pace of their product’s high demand.

Nowadays, these machines allow for what the brand calls “doughnut theatre.” Customers can watch the doughnuts being fried, glazed, and transported as they wait in line to order.

This visible process proves to everyone in the store that the doughnuts are fresh; having just been made, and that the “Hot Krispy Kreme Original Glazed Now” sign is no lie. 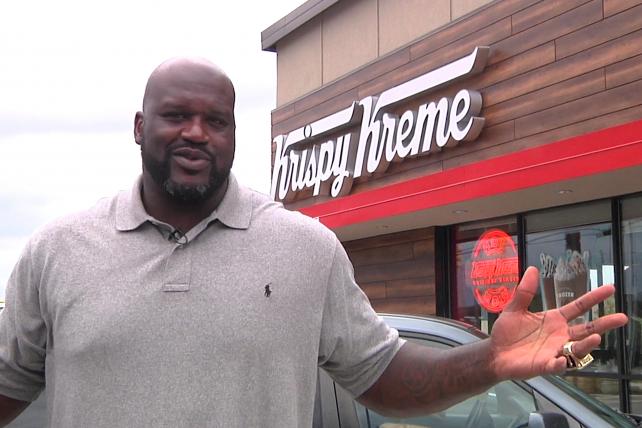 The Legacy: Dedicated fans and a fundraising force

Even now, Krispy Kreme has enjoyed continued success as an innovator.

A few years ago, they celebrated the Original Glazed doughnut’s 80th birthday with a party hosted by Shaquille O’Neal (an NBA Hall-of-Famer and Krispy Kreme franchise owner).

Shaq’s friend and fellow NBA legend, Charles Barkley, also a big fan of the doughnuts, called Krispy Kreme “one of the greatest inventions ever.”

Evidently, the internet loves these doughnuts too!

A recent Twitter discussion about the best Krispy Kreme flavors garnered 22,000+ engagements from users weighing in with their doughnut of choice.

But innovation is more than birthday parties and Twitter threads. Every day, Krispy Kreme makes an impact on the communities they serve. During the COVID-19 pandemic, Krispy Kreme gave away 30 million free doughnuts.

And in 2021, Krispy Kreme helped raise $37 million to support the initiatives of schools, religious groups, sports teams, and charitable organizations through their “Raise Some Dough” fundraisers.

For all of these reasons, and countless others, Krispy Kreme remains a North Carolina favorite and a global sensation. 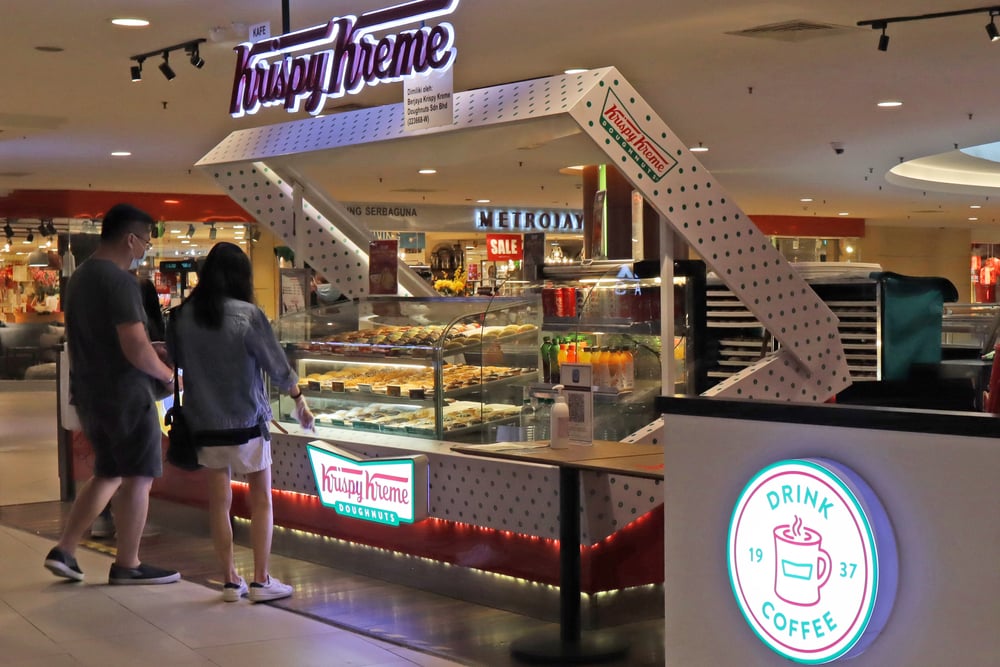 Sweet, sour and everything in between

Hint: it ain’t the mountains or the olives. Pickles are the real attraction.

Read a menu, attend a dinner party, or stroll down the grocery aisles, and you’ll notice a pattern. Pickles are more popular than ever. They're used in tons of recipes these days from potato salad and potato chip seasoning to starring roles atop burgers and chicken sandwiches. Restaurants are deep frying pickles and offering pickle juice snow cones.

People can’t get enough pickles these days. But what exactly started this trend?

One could argue that it all began with the Mt. Olive Pickle Company, way back in 1926, when a farmer was looking for ways to repurpose unused and unsold vegetables.

Today, at the corner of Cucumber and Vine Street (in Mt. Olive, North Carolina), the company packs and sells over 110 million pickle jars each year. The products are sent out from their 1,000,000 square foot storage facility to grocers in all 50 states.

Mt. Olive Pickle Company is doing all sorts of things to keep their place as the #1 independent pickle brand in the United States. In terms of operations, the company has expanded their product lineup to include bottled pickle juice, salsas, jalapeños, and garden salad.

The brand also plays a central role in the annual North Carolina Pickle Festival as well as a New Year’s celebration where—instead of a ball—a giant pickle drops.

Besides all this, the business recently struck a deal with the international burger chain, Five Guys Burgers and Fries, to be their exclusive pickle provider. 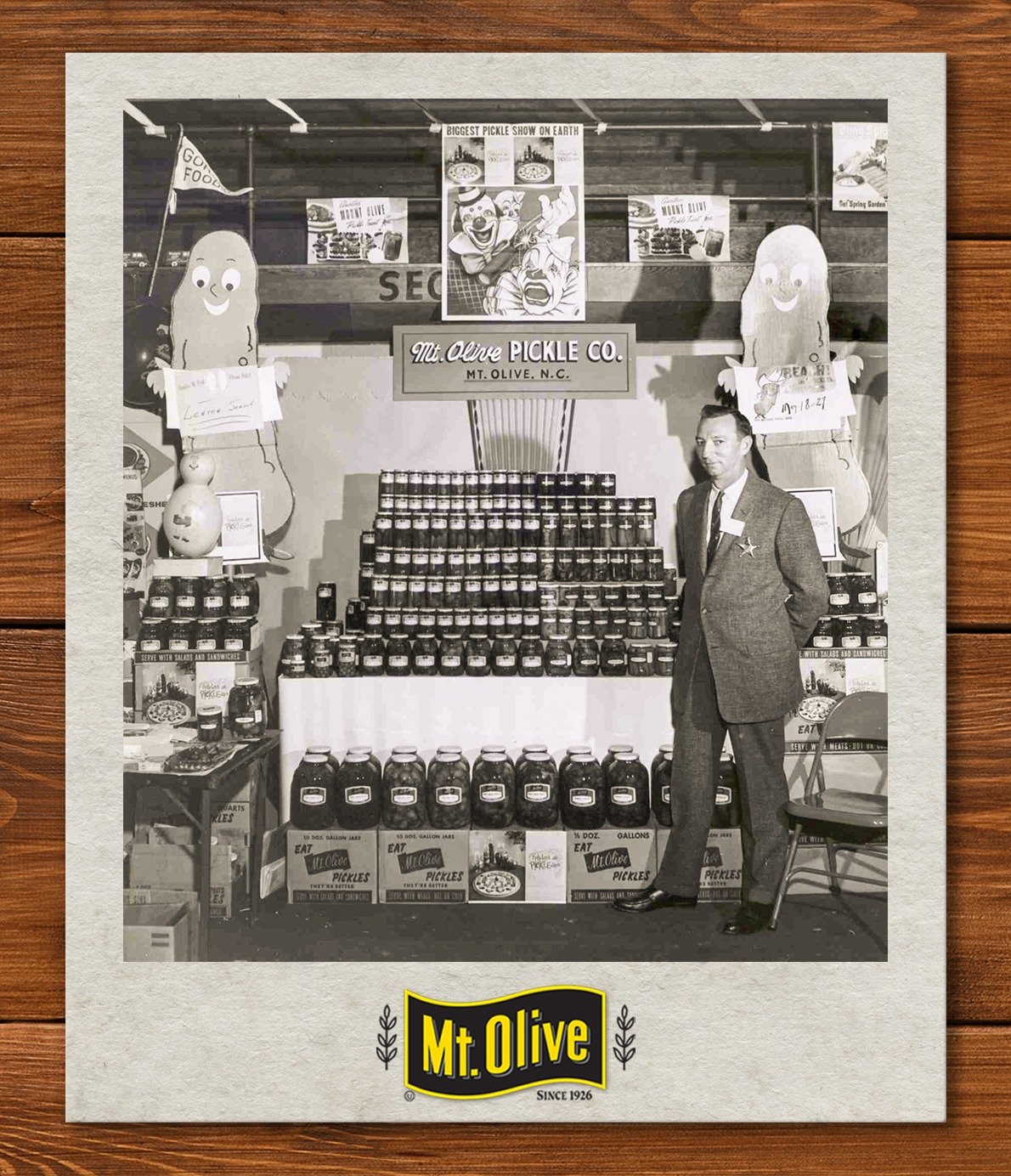 A classic of the snacking world is still going strong

If you stick around North Carolina long enough, there’s a chance someone will use the word "nabs."

But maybe you’re wondering: What in the world are “nabs”?

According to a post from the Southern Foodways Alliance, "The straight answer is that they are the nickname given to a rectangular package of four to six cracker sandwiches sealed in cellophane. Some people use the word for all types of sandwich crackers (like calling all soft drinks a Coke), while others reserve the term for the square-shaped, orange variety filled with peanut butter."

No matter what you call them, they’re the unmistakable orange crackers with a real, homemade peanut butter filling, and they’ve hailed from Charlotte, NC since 1913.

You never know when you’ll need a snack, so perhaps it is a good policy to keep a Lance product on your person at all times... especially if you want to represent North Carolina businesses.

And this entire snacking syndicate started when a man in North Carolina, Philip L. Lance, began selling bags of peanuts for just 5¢ a bag. In 2010, Lance merged with fellow snack-maker Snyder's of Hanover and then in 2018, the Campbell Soup Co. acquired Snyder-Lance for almost $5 billion!

Another example of simple, but brilliant, ideas coming out of our state and enjoying success around the world. 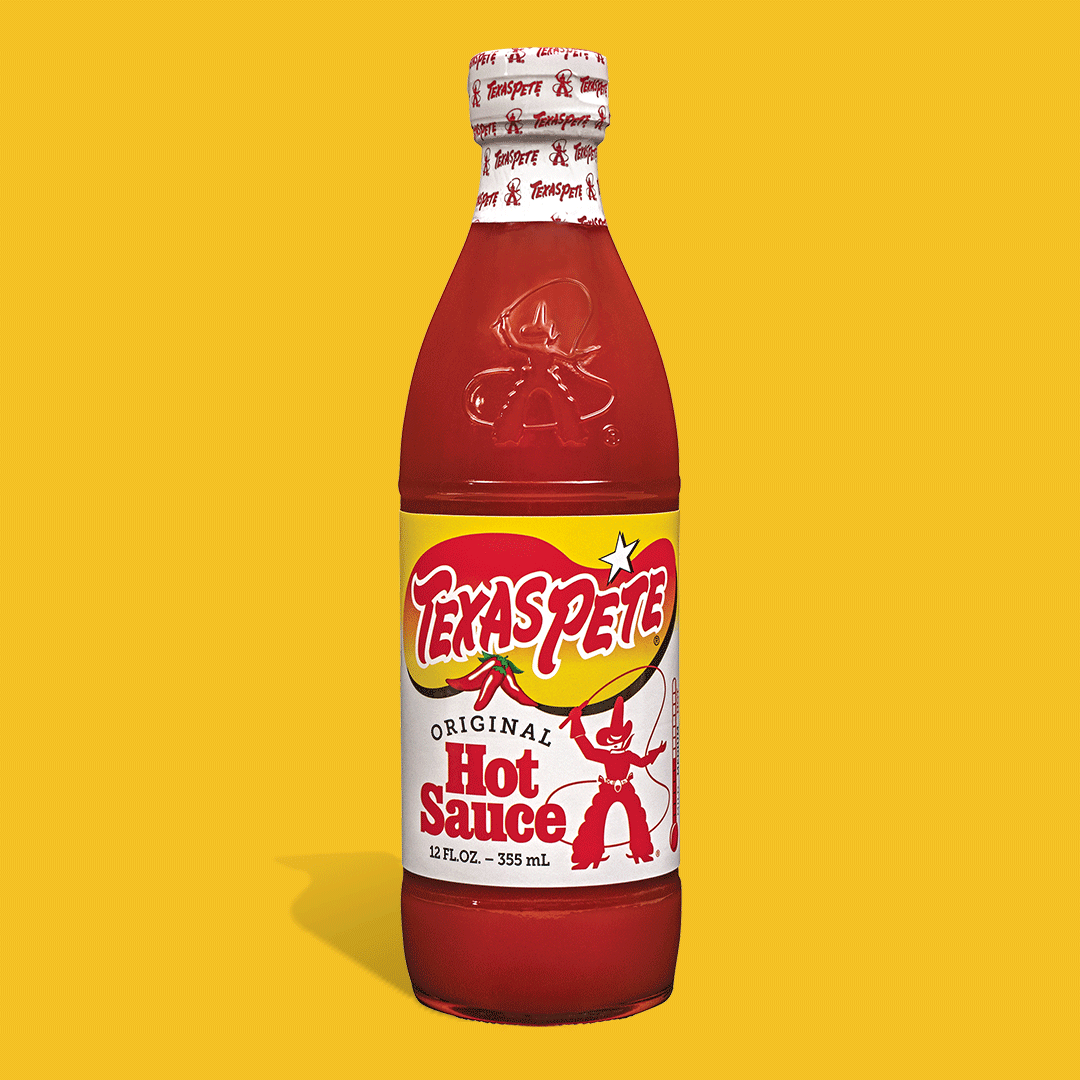 What other state has a pepper named after it—let alone the hottest pepper in the world?

That’s right! The “Carolina Reaper” was certified by Guinness World Records as the hottest on planet earth in 2017.

It’s safe to say North Carolina knows a thing or two about spice. That's why it's so fitting that Texas Pete, America’s leading brand of hot sauce, is made in Winston-Salem.

While Garner Foods gave their product a Texan name as a clever marketing tactic, the cayenne pepper-based recipe is prepared totally within the confines of the Tar Heel State.

In other words, “Texas Pete” is a proud North Carolinian. 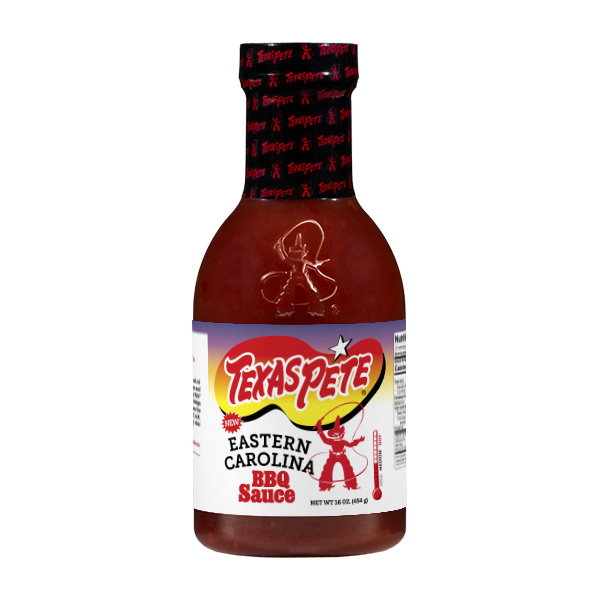 Since 1929, Garner Foods has been bottling up their spicy sensation, and customers have been putting it on all sorts of dishes—everything from chicken, to seafood, to scrambled eggs.

But exactly how much of their sauce are people consuming?

As of 2020, Texas Pete is the #1 provider of hot sauce packets in the nation and brings in an estimated $190 million in annual revenue. 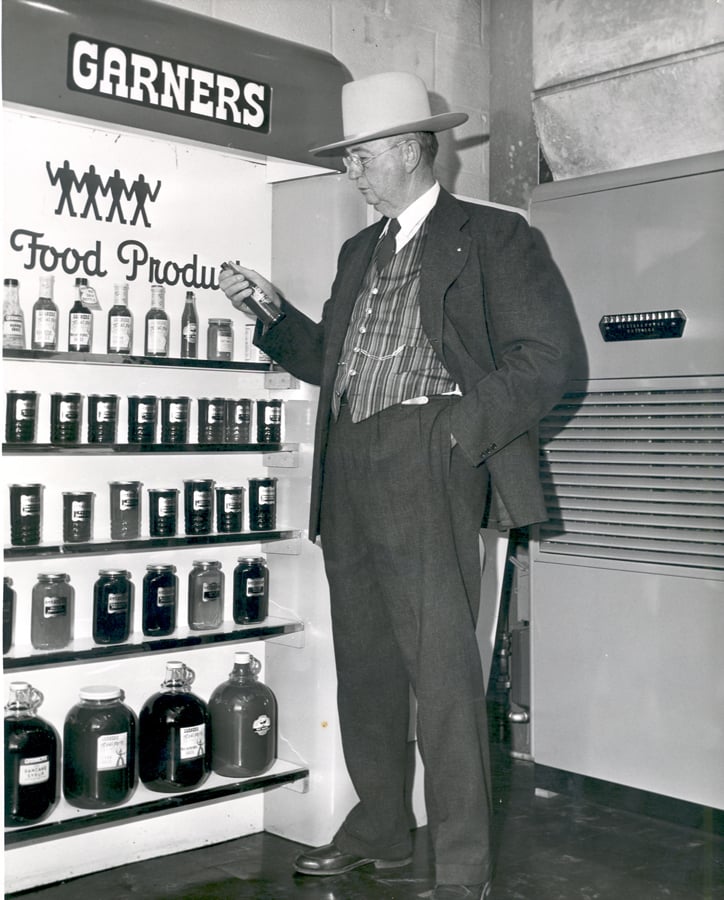