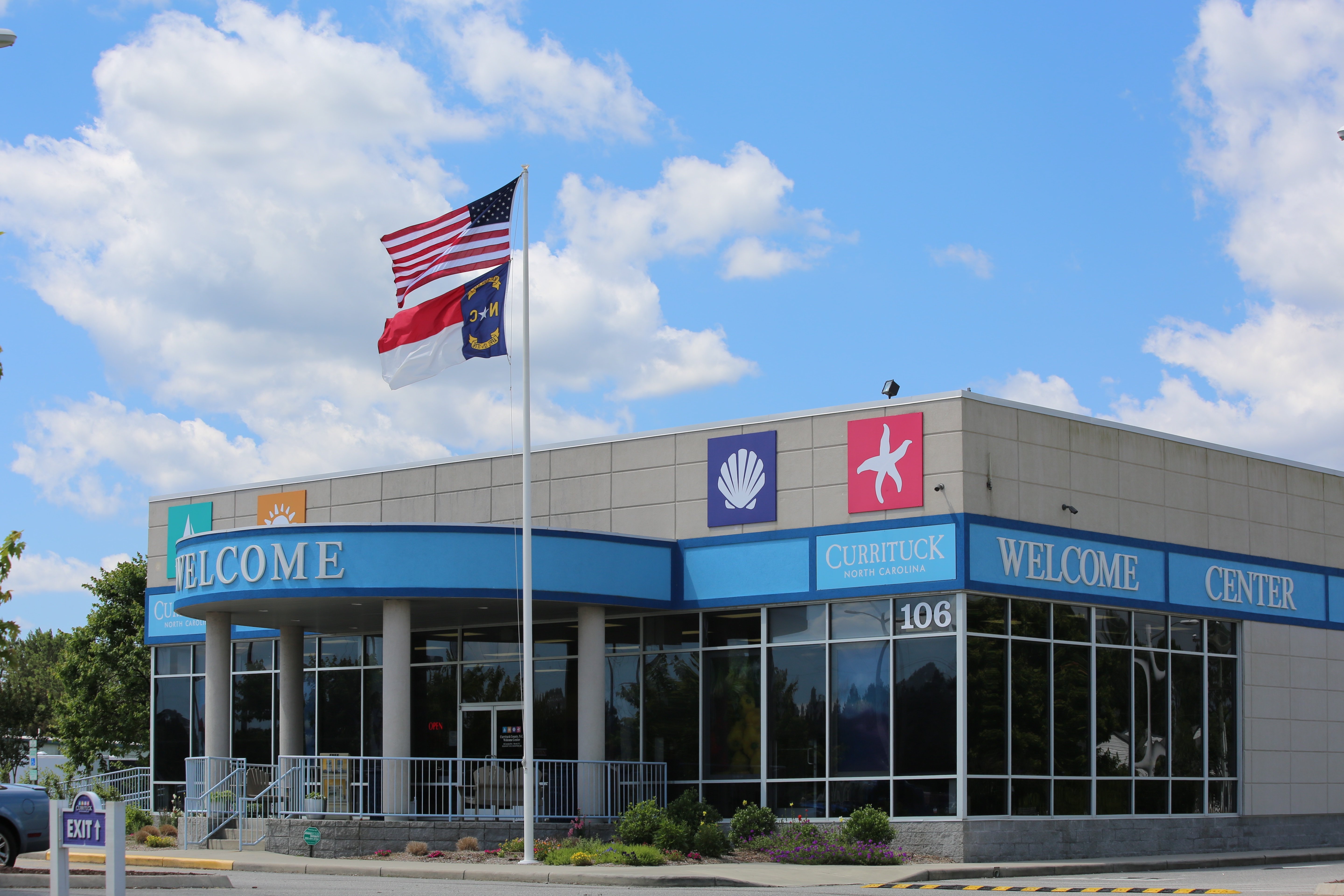 Moyock NC: 5 Things You Should Know About Its Past, Present & Future 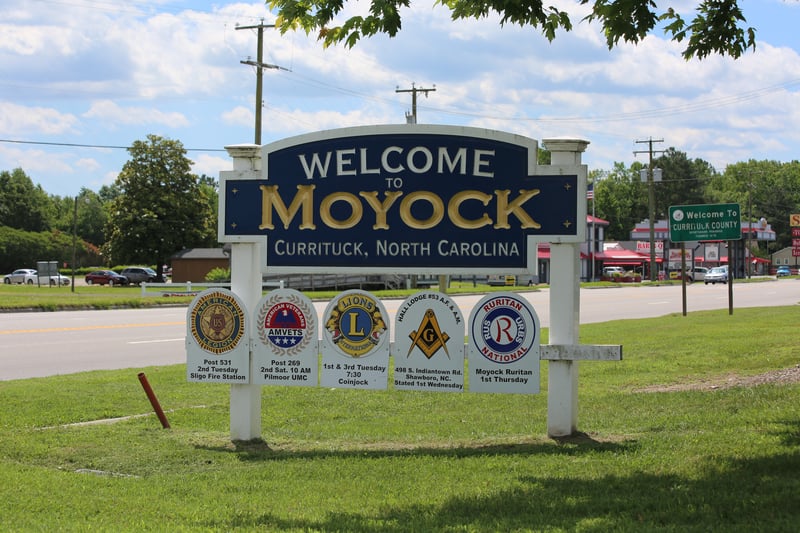 So you want to know more about Moyock, North Carolina?

Moyock is an unincorporated community in Currituck County with a current population of more than 4,200. It is the largest and northernmost township in the county. Moyock measures a little over 10 square miles and sits snug along the border with the Commonwealth of Virginia.

When settlers first arrived in the late 1600s, they made quick use of the natural resources. Farming and agriculture made sense because of the area’s abundant and fertile land.Easy access to waterways helped secure Moyock’s reputation as a busy port for commerce.

Early fortunes were made by exporting shingles made from cypress trees in the nearby Great Dismal Swamp. For decades, the production and shipping of cedar shingles was so robust that the area was widely known as Shingle Landing.

“Moyock” is an Algonquin Indian name that means "place of the oak on the trail." It became the locality’s official name once the post office opened in 1857.

Today, Moyock is the most populated part of Currituck County, and the fastest growing. If you’re looking to live, work or play in Moyock, here are 5 Things You Need to Know About Moyock’s Past, Present & Future... 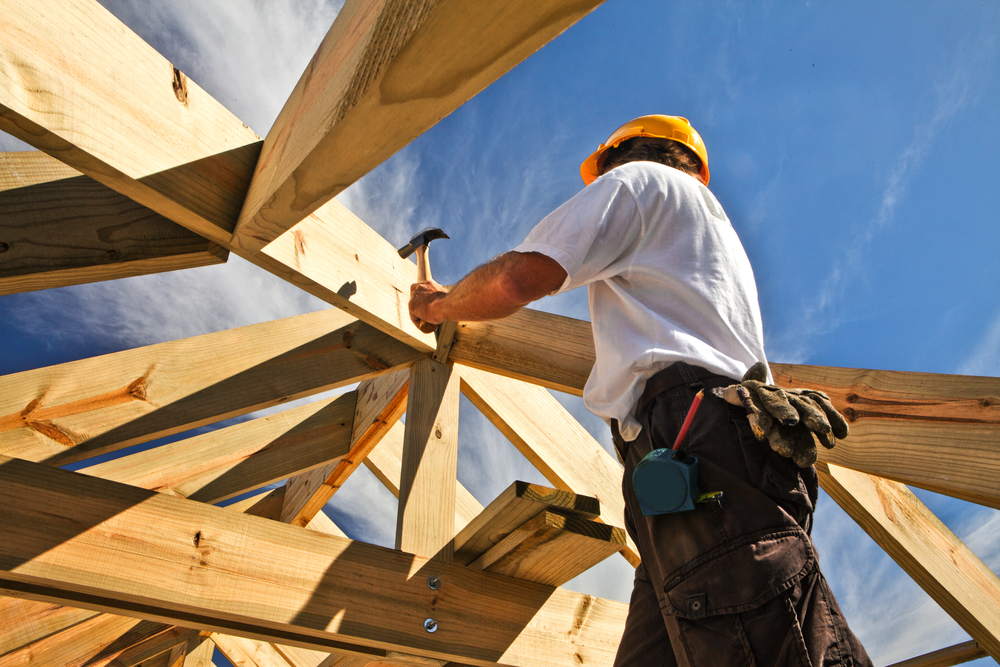 1. Residential homes are going to give the geese a run for their money.

Currituck earned its Native American name as “Land of the Wild Geese,” because for a long time, the geese outnumbered the residents. The big Canadian birds (and plenty of others) are still around, but human beings and their single-family homes are giving them a run for their money.

In recent years, there’s been a bit of a housing boom in Moyock.

One reason: Moyock has long been considered a bedroom community for people who commute across the border to work in Virginia. According to numbers from the North Carolina Department of Commerce, more than 45% of Currituck County residents travel outside of the state for work.

So thanks to a steadily growing population in Currituck County and a vibrant job market in Southeastern Virginia, residential developers have been hammering away in Moyock.

As of February 2021, there were 1,386 lots proposed for residential development in addition to the 3,000 estimated for the Currituck Station project (1,500 single-family and 1,500 multi-family).

2. Moyock used to have a need for speed.

In the 1930s, greyhound racing was a big deal in Norfolk, Virginia. After local officials shut it down, the Cavalier Kennel Club (CKC) moved their four-legged athletes across the border to Moyock.

The dogs raced and the crowds gambled, but it didn’t take North Carolina officials long to pass an anti-dog-racing law that shut things down for good.

Once the dog racing era ended in 1954, NASCAR stepped in to put the quarter mile oval track to good use. The newly dubbed Dog Track Speedway (DTS) was used as a dirt track until 1962, when it was paved and lengthened to a ⅓-mile.

Moyock’s DTS hosted seven NASCAR races from 1962 to 1966, featuring some of the biggest names in racing including Ned Jarrett and Richard Petty (pictured above).

Dwindling crowds and the lure of more modern racetracks led to the end of the Moyock racing era in 1966. Not too long ago, you could still see the faint outline of the track on Google maps. Today the area has been developed for residential housing.

3. One Moyock company helps provide people with "a very particular set of skills."

You ever wonder where the biggest action heroes learned their trade?

I’m talking about those super-serious, mysterious men and women in movies who absolutely, positively DO NOT MESS AROUND. They act normal until they need to switch into ONE-PERSON-ARMY mode. Then suddenly they know how to out-fight, out-shoot, out-drive and out-fly everybody else. They can take down a whole terrorist cell with a fountain pen.

Well, the reason THEY are so good is because Hollywood is make-believe. But there are people all over the globe right now working for military units, police forces and private security firms who are so good because they honed their “very particular set of skills” right here in Moyock.

Constellis owns and operates their flagship Moyock facility, which is described as “a state-of-the-art training center hosting more than 20,000 government, law enforcement, and commercial students each year.”

According to the Constellis website, the sprawling training center (formerly known as Blackwater and Academi) offers 500 different curriculums from counterterrorism and force protection training to capacity building and canine detection. 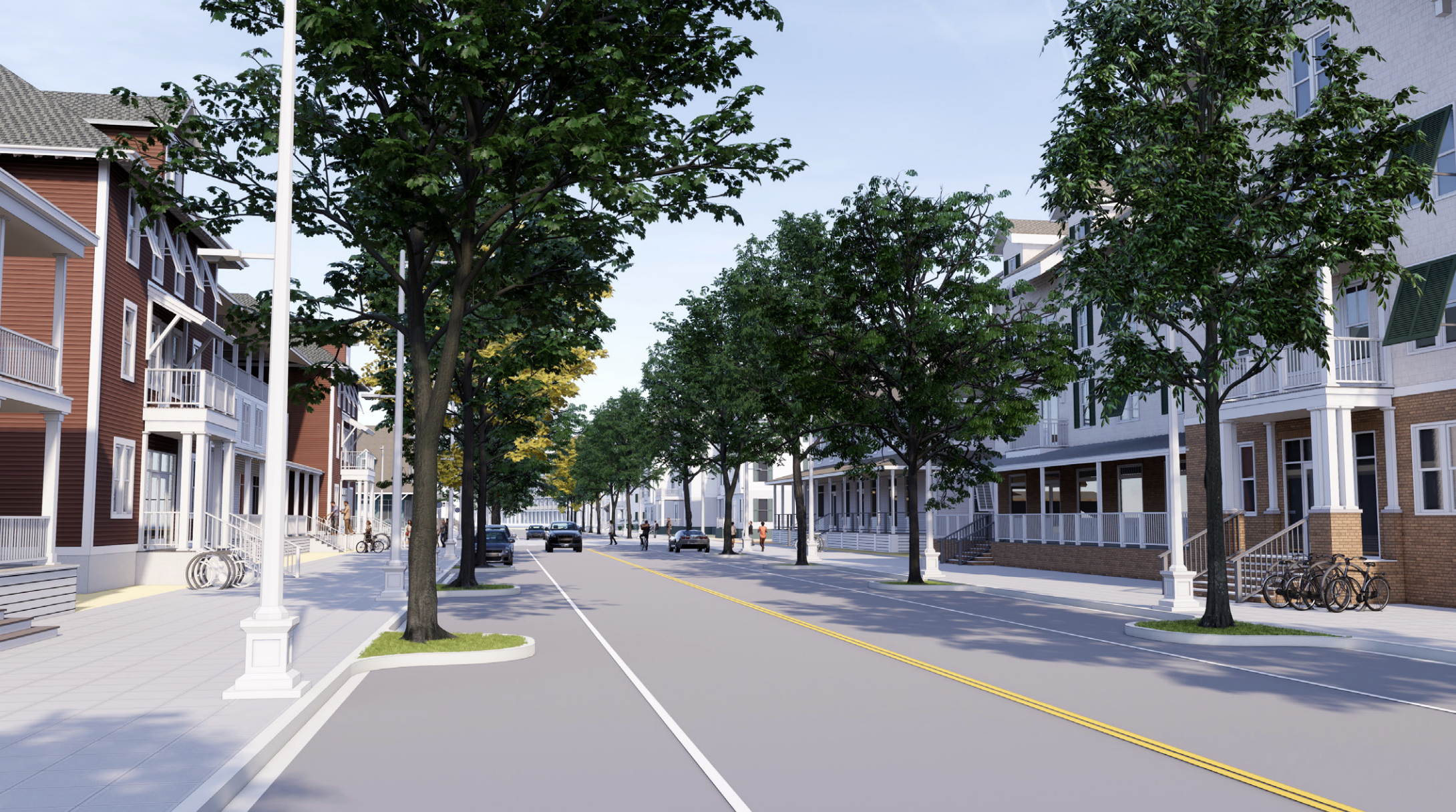 4. Currituck Station will transform acres of farmland into a community hub.

From its earliest days, the Currituck County economy was fueled by generations of farmers. Agriculture is still an important part of our story, but in the years ahead, Moyock will see a different kind of growth.

Currituck Station is a long-term economic development mixed-use plan which will bring residential, commercial, cultural, institutional and entertainment projects to the area. The plan centers on over 3,000 acres adjacent to the border with Virginia and located on the western side of North Carolina 168/Caratoke Highway in Moyock.

The goal is smart growth. Over the next several years, the plan is designed to help Moyock evolve and attract the businesses, services and spaces that make sense for the rapidly expanding population of Moyock.

Part of the proposed plan includes Center Station, a section that is set to become Moyock’s (and Currituck County’s) first “downtown,” with sidewalks, shops and public spaces.

You can read more here and subscribe to our monthly email newsletter to keep up with the latest developments. 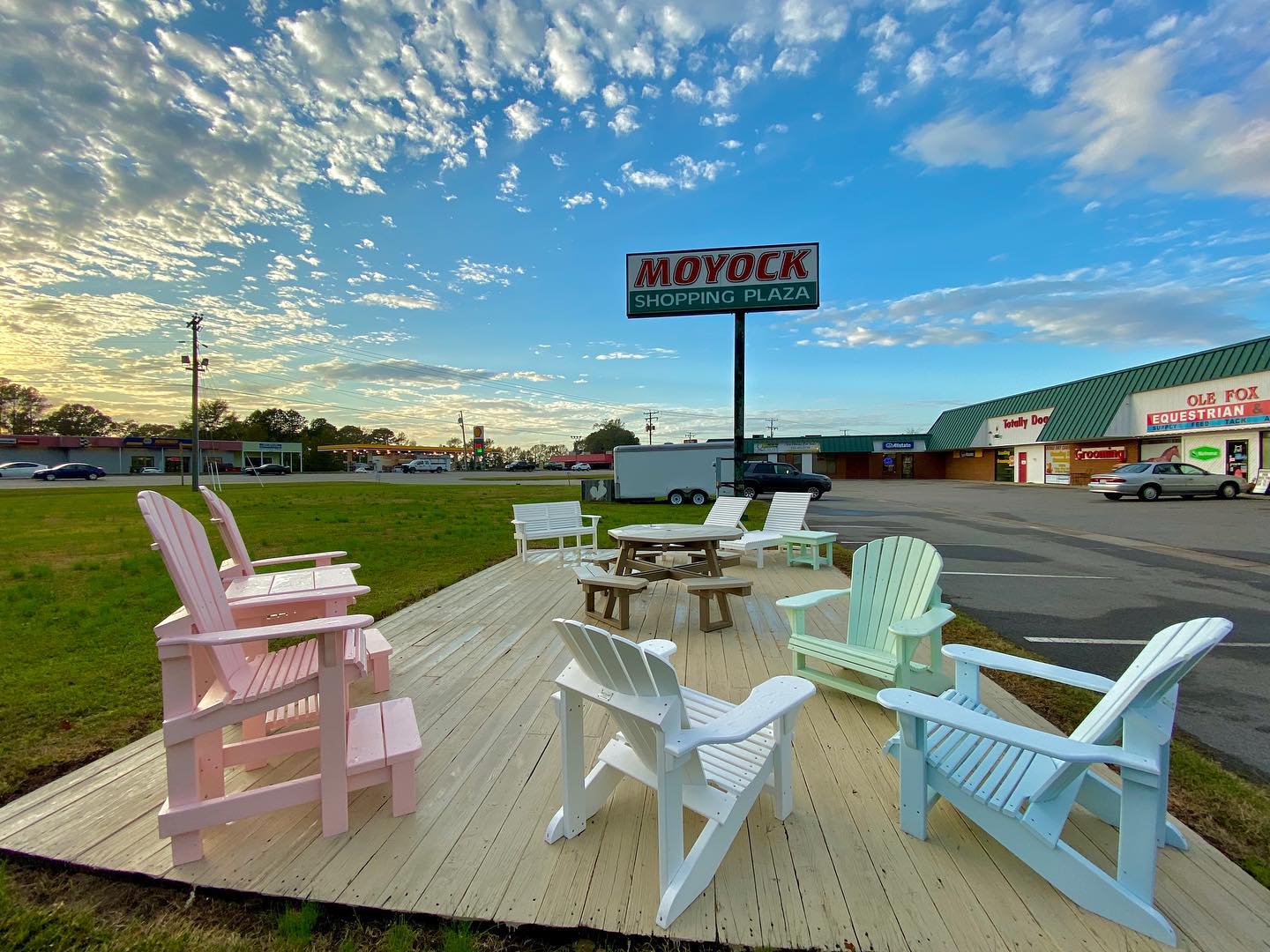 5. Business along the “Gateway to the Outer Banks” is booming.

Moyock has always been a great place for business.

The Poyners were one of the earliest families to settle in Currituck County, and maybe the most entrepreneurial. M.C. Poyner established general stores, one of which also served as the post office and center of the community. In the 1880s, Mr. Poyner actually carried the mail and delivered newspapers by boat. His son Fred Poyner inherited the entrepreneurial spirit, opening the Poyner Oil Company and Moyock Bottling Works.

Today, the stretch of Highway 168 that runs through Moyock is host to dozens of different stores, restaurants and service providers.

It starts with the Border Station, which literally straddles the line between North Carolina and Virginia. The popular stop offers food, fuel and all kinds of items for travelers headed south (or north). The Currituck County Welcome Center is right next door and offers tourism information for mainland destinations and the Outer Banks.

You can find all of your favorite fast food restaurants in Moyock, including Hardee’s, Wendy’s, Domino’s, Burger King and Sonic.

Take a closer look in our Small Business Spotlight (click on “Moyock” in the pull-down menu) and you’ll find a growing and diverse business base in Moyock that includes everything from dance studios and demolition companies to boutique stores for cancer survivors and custom fishing rod builders.