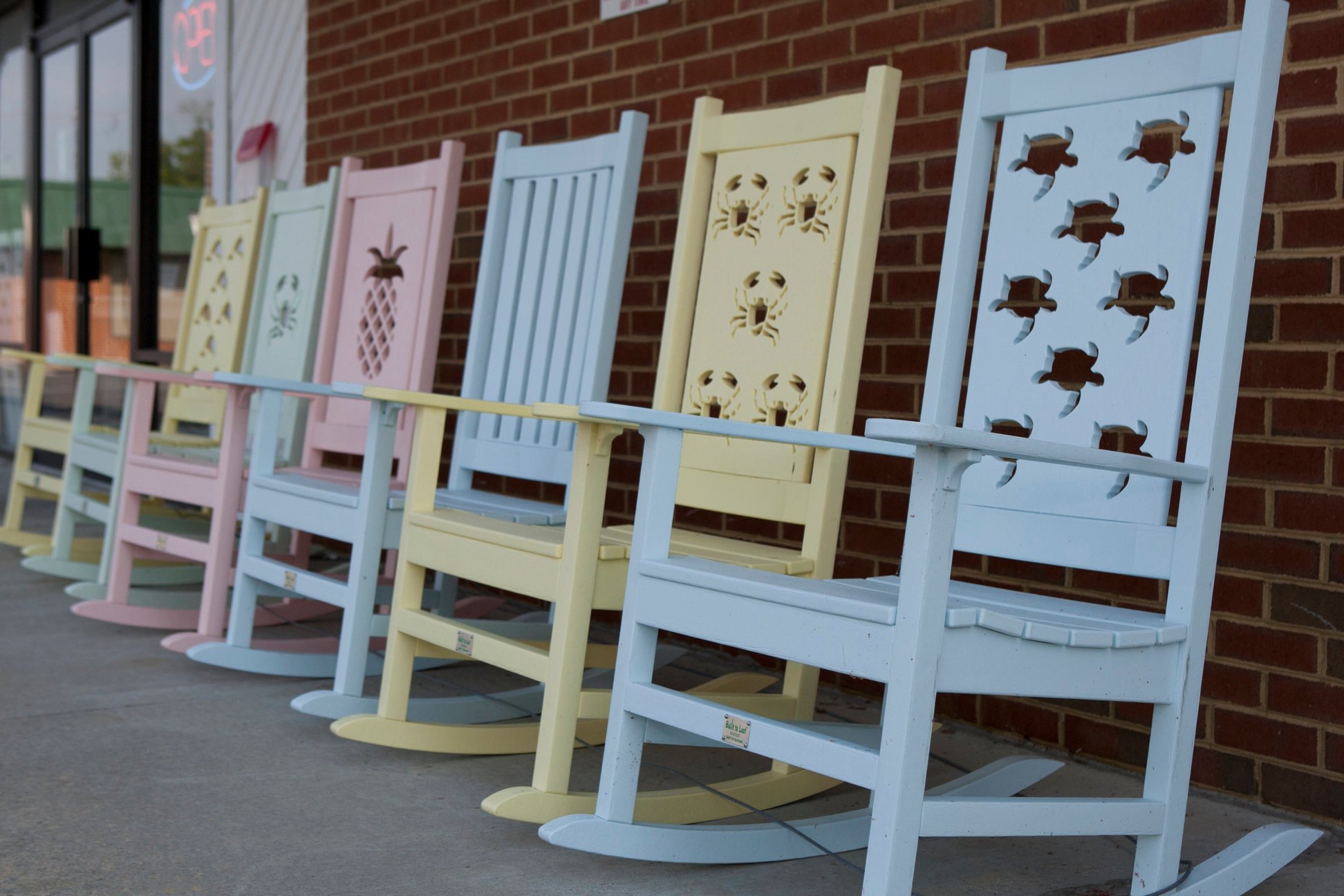 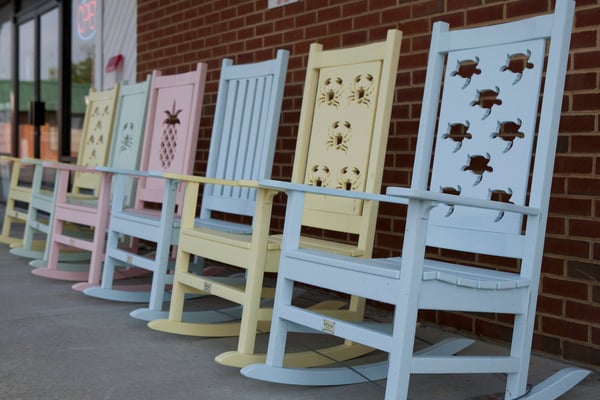 Could Currituck become the Casual Furniture Capital of the World? It's possible, and here are three local manufacturers who've already put us on the map...

For much of the last century, North Carolina was the undisputed furniture heavyweight. Today, the state may be revered as number one by those who patronize the High Point Market, Furnitureland South (billed as the largest furniture store in the world) and brand names native to North Carolina. But things have changed.

Since the late 1990s, furniture manufacturing throughout the state and country has had to contend with foreign competitors. As imports, largely from Asia, began to dominate the market, the industry in North Carolina endured layoffs and closures.

Today, the majority of all wooden and metal furniture sold in the United States is imported. In the upholstered category, sales of domestic and imported are about equal in the States.

Many in the industry in North Carolina are coping with the new reality by rebooting. They've turned to lean manufacturing, to a focus on specialty items such as high-end niche pieces and to collaborations that use foreign companies for some part of the production process.

A fast-growing segment is casual or outdoor furniture, according to Richmond-based furniture analyst Jerry Epperson. Outdoor pieces that can also be used indoors, in Florida rooms and family rooms, are especially in vogue. The versatility is the result of newer fabrics that are much more attractive and comfortable than the coarser material used in the past, said Epperson shortly after returning from High Point’s spring market.

This trend toward casual can only be good news for the three companies profiled here, each of which has a presence in Currituck County, far from the Piedmont region in the north-central part of the state where the furniture industry took root in the last century.

None of the three companies relies as much on the hardwoods that were a staple of the industry back then, but all use craftspeople who have the same pride in their work as the fabled NC furniture artisans of long ago. 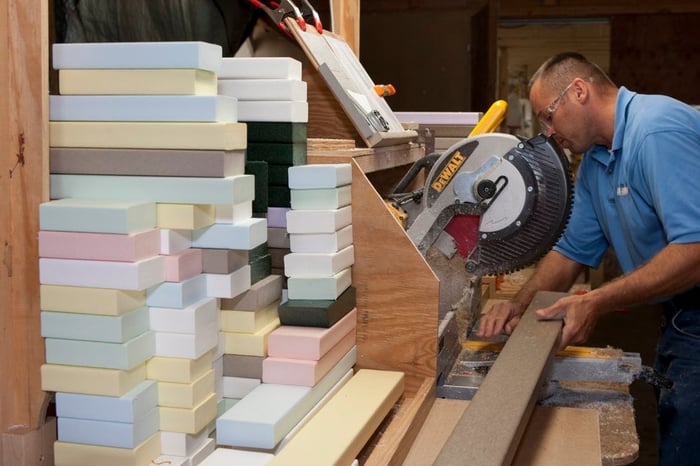 Laura Spink swells with pride when she tells stories about the products she sells.

Like the two Adirondack chairs that survived Hurricane Irma in 2017.

“We have a friend on Ramrod Key in Florida who has two teal chairs,” said Spink who co-owns Built to Last in Moyock with her husband Rick. “After the storm, our friend found one chair upside down in a pile of rubble, pulled it out and sat in it. A neighbor found the other in a pile of mangroves and that one cleaned up as good as new too.”

Laura and Rick, along with their 12 employees, are proud of their product – durable, low maintenance outdoor furniture made from recycled plastic.

The first piece was created in 1990 by Rick Spink and a friend, both of whom had day jobs but, in their off hours, were determined to design an Adirondack chair that was as comfortable as it was attractive. Back then, they used pressure-treated wood, and made the chairs mainly for friends. Some of those chairs are still in existence today, Laura is pleased to point out.

A few trends converged by the late 1990s that laid the groundwork for a better product and a bigger business for the couple. As demand for their furniture grew, along came the internet and a web presence for the business, which the Spinks housed in their garage in Goochland, Va. Property managers on the Outer Banks took note of their product and bought the furniture in quantity for their rental properties.

At about the same time, the industry was required to remove arsenic from the wood used, Laura said, resulting in an inferior product and Rick’s eventual decision to switch to plastic or HDPE lumber, a recycled material that is much easier to work with and much more durable.

It wasn’t long before the Spinks realized they needed a brick-and-mortar presence on the route to the Outer Banks. Their business is still housed in the manufacturing space they rented in a Moyock shopping center in 2005, now complemented by showroom space for finished goods in the same center. The Spinks live 20 minutes away in Virginia Beach.

Today most of their customers are individuals from 49 states and more than a dozen other countries, who purchase the furniture through the internet direct from the factory. Over the past few years, some hotels and restaurants in Florida and Texas have become buyers.

“For each of the past three years, we have consistently done over $1 million in sales,” Laura said. The company’s typical Adirondack chair costs $309.

Rick, who is 63 and the grandson of a cabinet-maker, continues to design all products, paying close attention to suggestions from their many loyal customers.

Last year, at the request of Currituck County, Built to Last designed and made 25 picnic tables for Heritage Park in Whalehead. Five of the tables needed to be ADA-compliant.

They are in the furniture business but the Spinks like to think of themselves first and foremost in the customer service business.

Mike McClanahan, 37, says he was “born on an assembly table.”

His parents, Susan and Jerry, who early on worked in the construction industry, began selling outdoor products in 1996, including furniture made by a variety of manufacturers all the way down to small items like umbrellas. Mike worked in the back of their store, as a driver and eventually in sales and management.

The McClanahans created such a strong brand with their retail business in Point Harbor, that Mike decided to keep the retail name, Carolina Casual, when he opened the manufacturing side of the company in 2012.

His reason for moving into manufacturing? The high cost and inferior quality of other outdoor furniture, he said.

“One company whose chairs we sold in the retail store charged $500 for an Adirondack chair,” McClanahan said. “We were able to create a $350 chair.”

He built the manufacturing side of the business from the ground up, including developing all product jigs and templates, said McClanahan, adding that he’s done both the blue-collar and white-collar sides of the business.

Today about a dozen craftsmen in the 20,000-square-foot factory in Jarvisburg, 15 minutes from the retail store, produce annually about 20,000 pieces of outdoor Adirondack-style furniture made from recycled plastic milk jugs, including chairs, chaise lounges, outdoor sofas and dining sets. Eighteen sales reps sell the furniture to 150 retail locations throughout the country. The company has its own fleet of trucks for its retail and commercial contracts.

Carolina Casual has had contracts with Dillard’s, Bed Bath & Beyond, pro sports teams and amusement parks including Legoland near Orlando.

His primary route to new business is through the nationwide furniture shows such as the High Point Market. Currently Carolina Casual has plans to participate in shows in Panama City, Indianapolis and Chicago as well as High Point’s fall event.

McClanahan, whose family is native to North Carolina for nine generations back, feels privileged to be connected to the state’s long and proud tradition of furniture-making, while also acknowledging “we’re as far from traditional as you could imagine.”

Four hundred recycled milk jugs go into each of McClanahan’s Adirondacks. He gets the high-density polyethylene (HDPE) lumber from Tangent Technologies LLC, which claims that every year it diverts 15,000 tons of recycled milk jugs from the landfill.

“The product we make from recycled plastic is so new compared to the traditional North Carolina product,” McClanahan said, “but instead of computer-generated machinery, we use traditional tools like hand saws and handheld shapers. We hire local craftsmen, most out of the construction industry. We are able to create our quality products because of our pride in the industry, because of who we are and where we’re from.”

McClanahan, whose father died in 2017, is a partner with his mother Susan in both the retail and manufacturing sides of Carolina Casual. He is the major partner in manufacturing and they each own 50 percent of the store, which does about $1 million in sales annually. 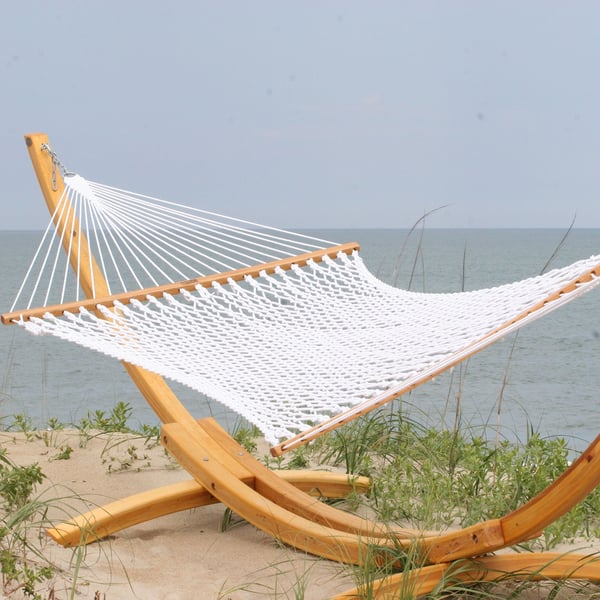 The first Nags Head Hammocks store opened in 1974 in a converted cottage at about milepost 10.5 on the old beach road. Olin Finch and his friends were as committed to creating a welcoming beach vibe in the shop as they were to producing a superior product. 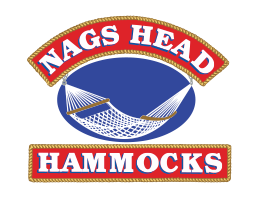 More than 40 years later, the name brand has become big business but still prides itself on maintaining that laidback vibe in its three stores, one each in Corolla, Duck and Kill Devil Hills. Weavers often demonstrate their craft at the stores.

“Visitors find that fascinating,” said Emily Kinnear Heikens, who has been the general manager of the three stores since 2016. The company’s hammocks are made completely by hand and each bears the name of its weaver, which reinforces a pride of ownership for the artisan.

Susan and Chuck Sineath, who owned the business for about 20 years, until 2003, made it what it is today, said Heikens. They expanded to six stores and ramped up inventory to include more outdoor products, all handmade at a factory in Nags Head.

In 2003, the business was purchased by The Hammock Source, a company in Greenville started by Walter Perkins Jr., now in his 70s and chairman of its board.

That company, which manufactures outdoor products for distribution to retailers nationwide, also had humble beginnings, according to its website. In the early ’70s, Perkins was a buyer for the American Tobacco Company. Before one of his work trips, his mother asked him to buy a hammock. He couldn’t resist taking it apart and putting it back together again, figuring out how it worked and how he could make it better. Soon he was selling his own handmade hammocks out of the back of his Toyota station wagon until customer demand became too great.

Fast forward to today and what the company now looks like is a factory in Greenville where 100 people work making, almost completely by hand, hammocks and other outdoor products under several brand names.

Nags Head Hammocks is the only bricks-and-mortar retailer under the parent company’s umbrella.

Nags Head Hammocks sells about 1,000 handwoven hammocks a year in its stores and online. The three stores do about $2 million in sales annually, according to Heikens, and online transactions boost that number to $4 million.

Among the products used to make the outdoor furniture sold under the Nags Head Hammocks name are Durawood lumber made from recycled plastic jugs and Sunbrella outdoor fabrics.

Nags Head Hammocks does business with dozens of hotels and resorts, said Heikens, and recently fulfilled a contract for The Sanderling in Duck that included rockers, bar stools and tables.

More familiar to many loyal customers, some of whom have patronized the business since the days of its original owner, is the image of a talented artisan at work on a hammock, continuing the legacy begun by North Carolina furniture makers of 100 years ago. The product and place may be different but the sense of pride is the same.

These Stories on Manufacturing

Made in Currituck: Kill Devil Diesel