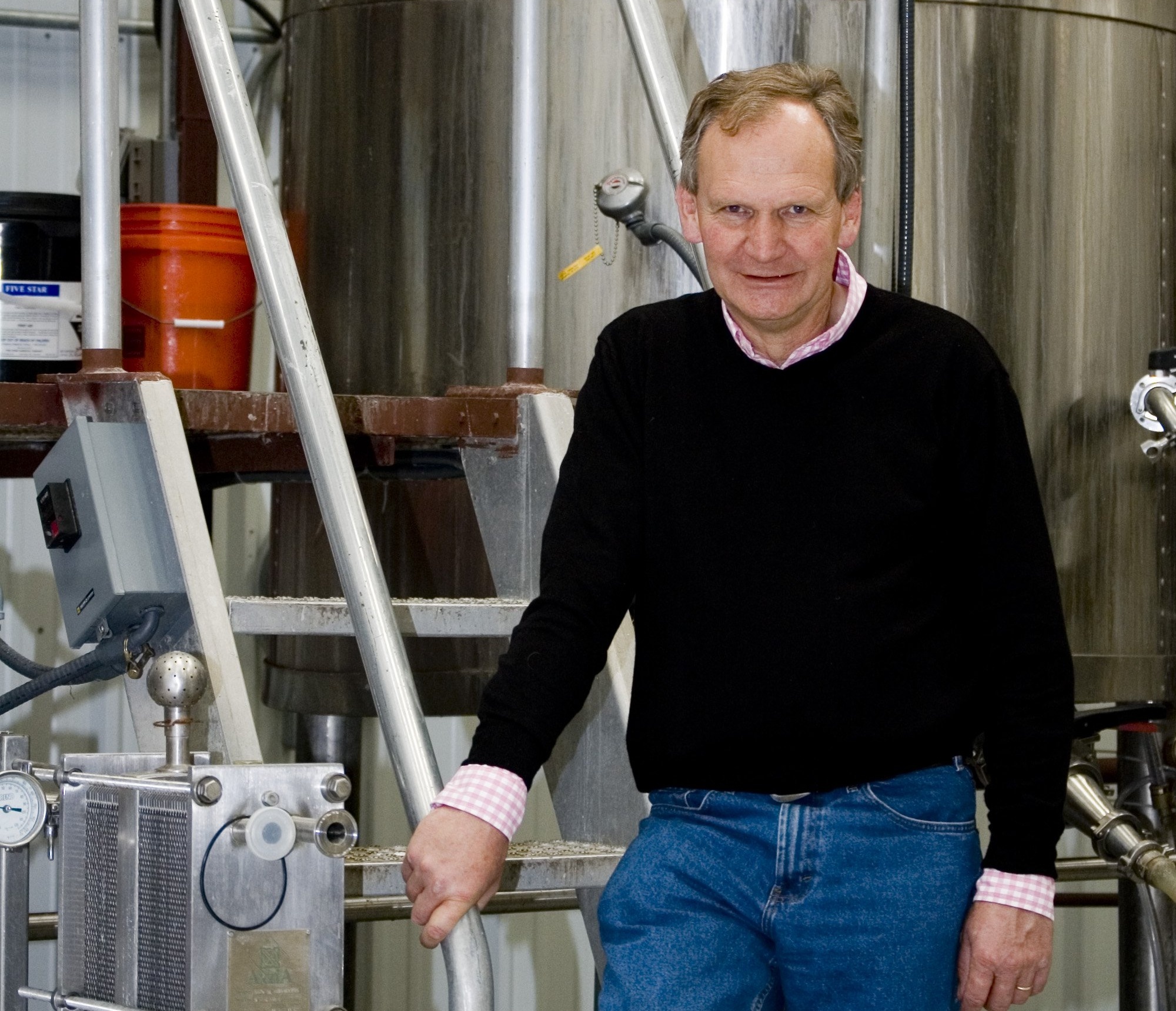 The founder of the Weeping Radish Farm Brewery was ahead of his time with the state's first craft brewery and farm-to-table concept. Now he has another big business idea for Currituck County.

“In the last century,” Bennewitz emphasized via phone.

Yet, for someone who started here so long ago, he was ahead of his time. 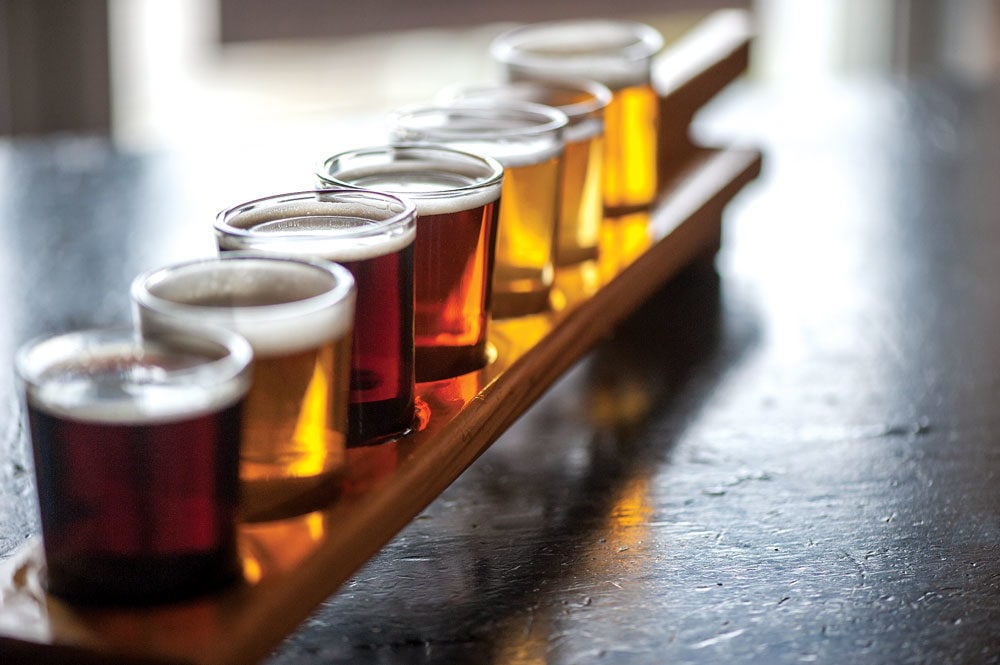 “It was a huge mistake,” Bennewitz said, half-kidding. “It was wonderful to be the founding father of North Carolina microbrewing. The problem is there was no customer at the time because no one knew what a microbrewery was.

“It wasn’t the right time. Now, there are 270-plus [microbreweries]. It eventually took off.”

Bennewitz was born in South America and grew up in Bavaria on the Austrian border of Germany. After high school, he lived in England for eight years, attending an agricultural college there.

His first job in North Carolina was clearing 9,000 acres of farmland in Hyde County.

The microbrewery was an idea his brother had while living in Munich. His brother sold him a test brewery in 1985.

“If I would’ve done my homework,” Bennewitz said, “I would’ve realized it was illegal in North Carolina.”

The ABC Commission helped Bennewitz get a brew pub law passed in 1985.

“Without one hour of attorney billed,” he said. “Every lawyer will hate me for that one.”

The Manteo location closed in 2007.

“If you went to another restaurant and asked if they want to buy beer from me, a competitor would say the beer is too expensive,” Bennewitz said. “It would have worked better if we would’ve done chicken wings and sold Bud Light and some craft beer. Do your homework before you start something.” 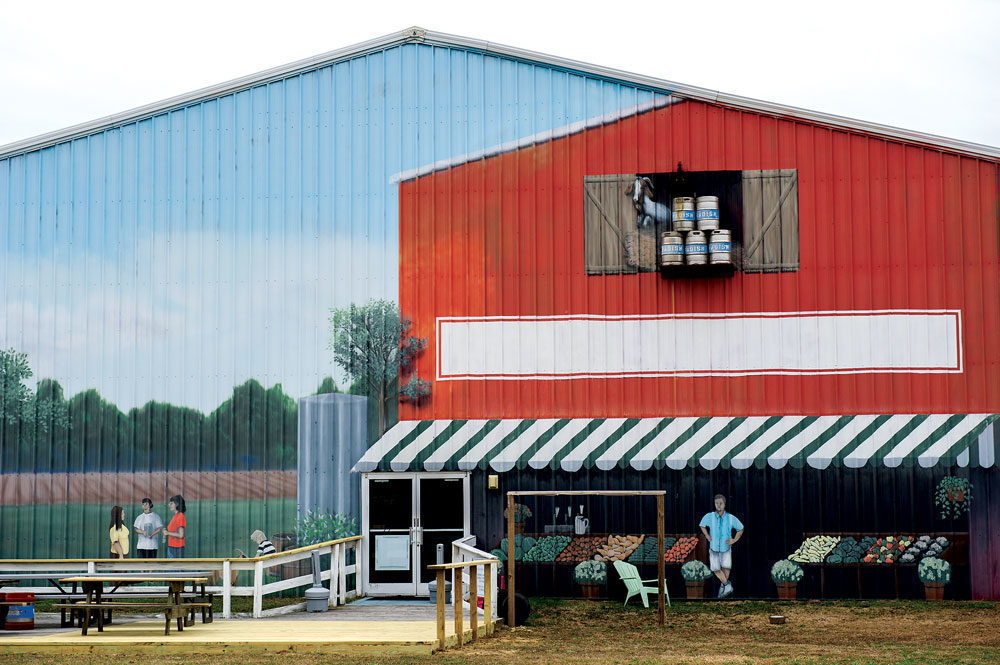 The second time he was ahead of his time, Bennewitz bought 24 acres in Grandy to put a brewery, butchery and farm all under one roof in Currituck County. The Weeping Radish Farm Brewery opened in 2005 at 6810 Caratoke Highway.

“Not even Chapel Hill knew what farm-to-table was,” he said. “I got the farm-to-fork trademark at the time from the internet because no one knew what it was.”

Bennewitz has a "permanent" staff of 18 – "a wonderful, local staff" – and then adds summer staff each year.

For entrepreneurs with eyes on economic development, Currituck can help pave the way.

“There were a total of 14 government agencies we have been through to get to this point,” Bennewitz said. “I am not being critical of Currituck. I am complimenting them for what they have done on the regulatory side to handle growth. It is not easy to start if you are there at the beginning.”

Big, privately owned farms with corn, soybeans, wheat and cotton. He manages them and works with tenants.

Oh, by the way, he also is involved with wind and solar operations.

Now there are winds of change in the brewing industry. 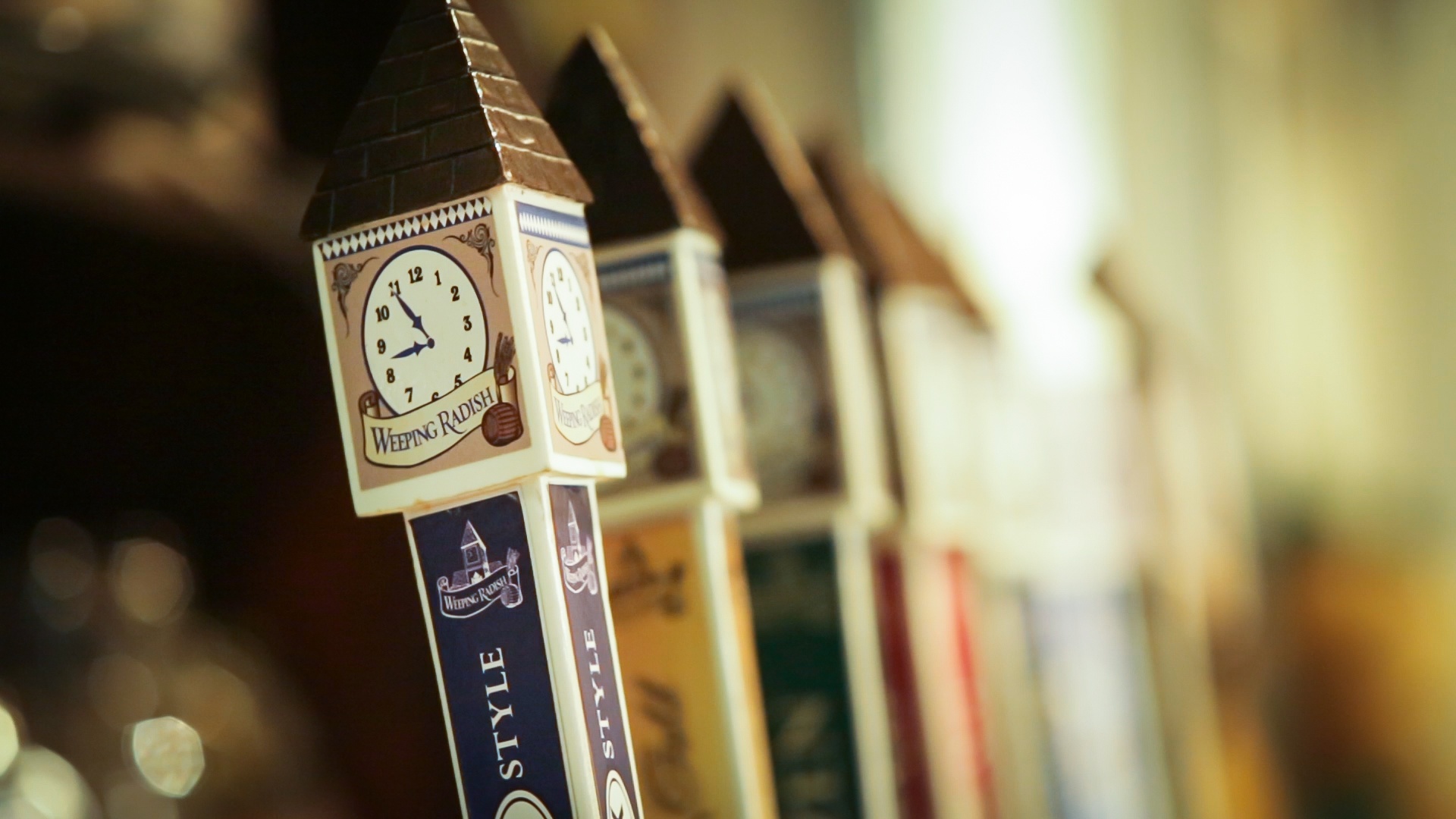 The Charlotte Business Journal reported June 4 that a lawsuit brought by Charlotte’s largest craft brewers has uncovered illegal activity amid efforts to overturn North Carolina’s self-distribution laws, according to an attorney representing them.

“I understand they have a monopoly, and I understand monopolies are profitable,” Bennewitz said. “I don’t blame the distributors for fighting this thing. Everyone is hanging on to their golden pot that they have.” 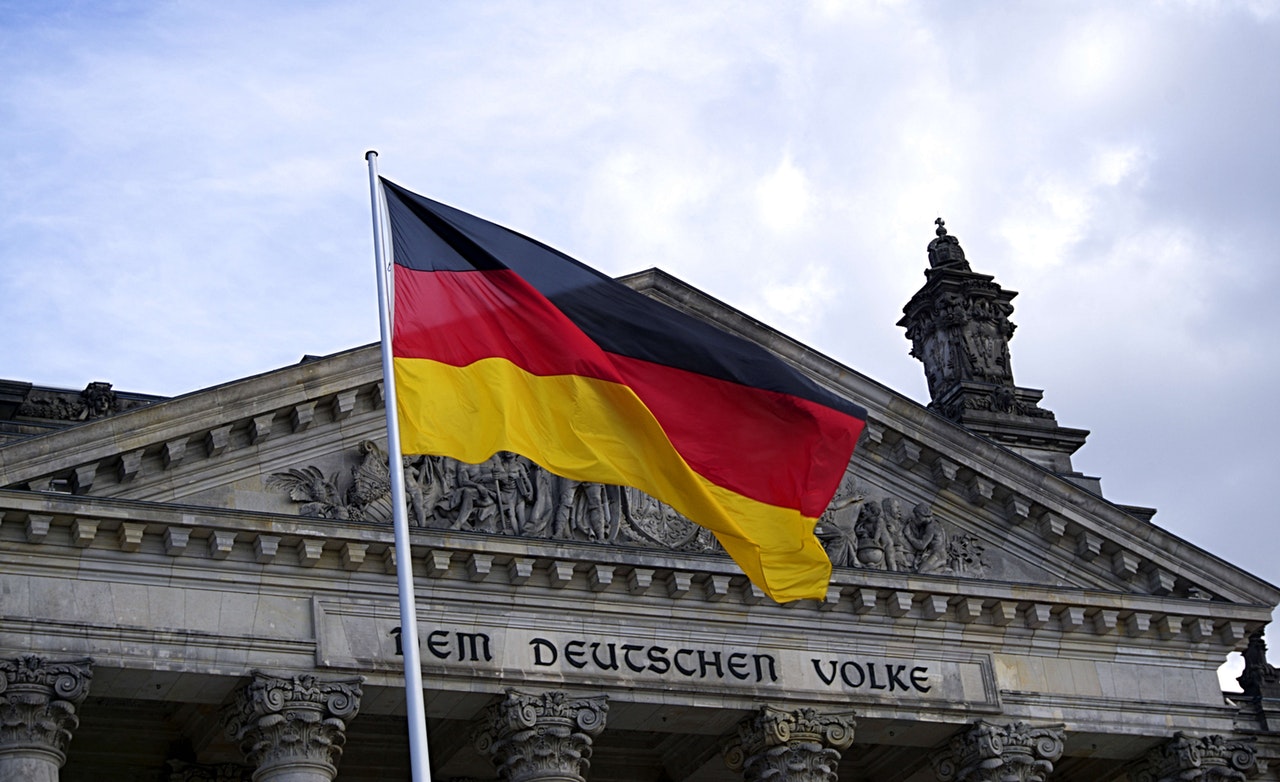 Bennewitz shared how Germans have a head start on Americans in business.

“The German education system, I have learned since, their craft education system is second to none,” Bennewitz said. “Their goal is for everyone to have craft training before they finish their education. They call them professional schools. They do not separate anyone – from an electrician to an accountant. Everyone gets ongoing training to remain a professional.

“Here [in the U.S.], so many have a huge debt when they graduate. Here, 25 percent get educated. Even the 25 percent, those who finish, leave college without a profession.”

“The one problem is a lot of kids don’t know what they want to become,” Bennewitz said. “[German schools] allow crossovers. Someone who starts out thinking they are going to be an architect can change over to professional woodworker.”

German teens declare what kind of professional they want to become at 17 or 18, while American college students typically do not decide until they are 19 or 20.

“The German system forces them to make up their mind,” Bennewitz said. “You have to have a profession to be a contributing member of society.” 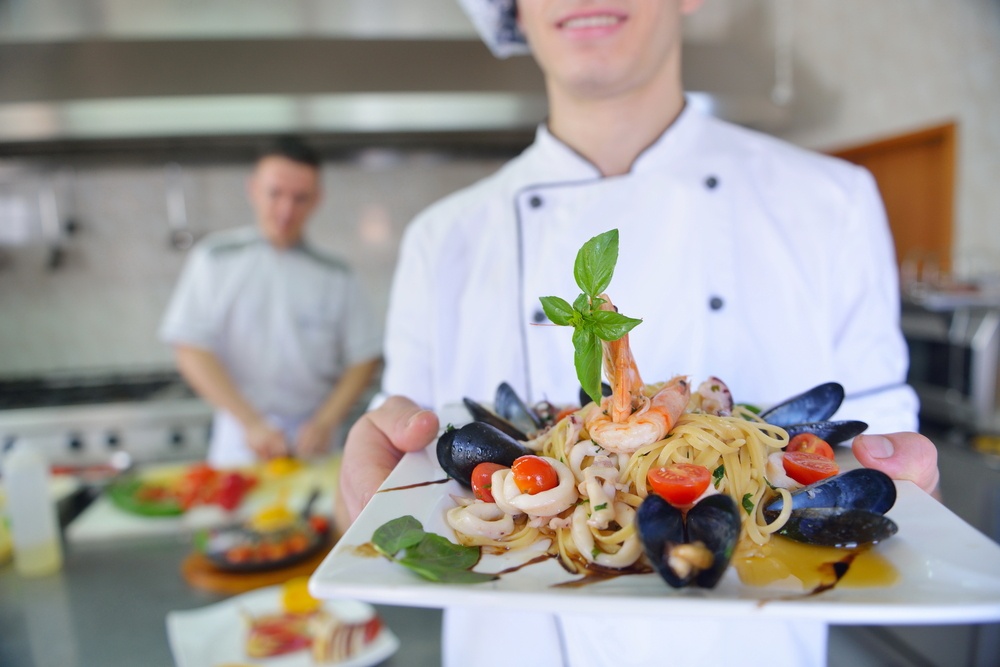 THE NEXT BIG THING?

Bennewitz’s longtime wife is from England, and he has two daughters in their 30s. One works for him in the brewery, the other for CNN International.

At 66, Bennewitz thinks he has plenty more to offer the business world.

“I don’t have any plans to retire,” he said. “I love what I am doing on the farming side. It is probably the most fascinating job.

“I have been the luckiest guy in this world. There’s no doubt in my mind.”

He is available for presentations and tours (see below), and he might just have one more ahead-of-its-time idea.

“One of the obvious things that springs to mind for Currituck is culinary,” Bennewitz said. “We are in the tourism business. If you take the West Coast, Napa Valley started as wine-growing and became tourism. They built a culinary school in the middle of the Napa Valley that incorporated the food and wine.

“I have pushed for 20 years in vain to [establish] a culinary school based on seafood. Everyone says we have a shortage of restaurant people. Well, let’s do something about it. Bring young people in the county, give young people here professional training.

“Our main responsibility is to convey optimism for the next generation. There are way too many old people that are pessimistic about the future and this country.

“If you go to a microbrewery conference and listen to those under 30, the optimism is palatable.”

Could Currituck become the home to another business landmark?

“We have the farmland,” Bennewitz said. “We’re not using it. We could be the organic food basket for the Outer Banks. We could be part of the farm-to-table movement.

“I’d love to be part of something like that.”

So if there are any millennials out there who are intrigued by the idea and want a mentor, he said, “I am available to help push.” 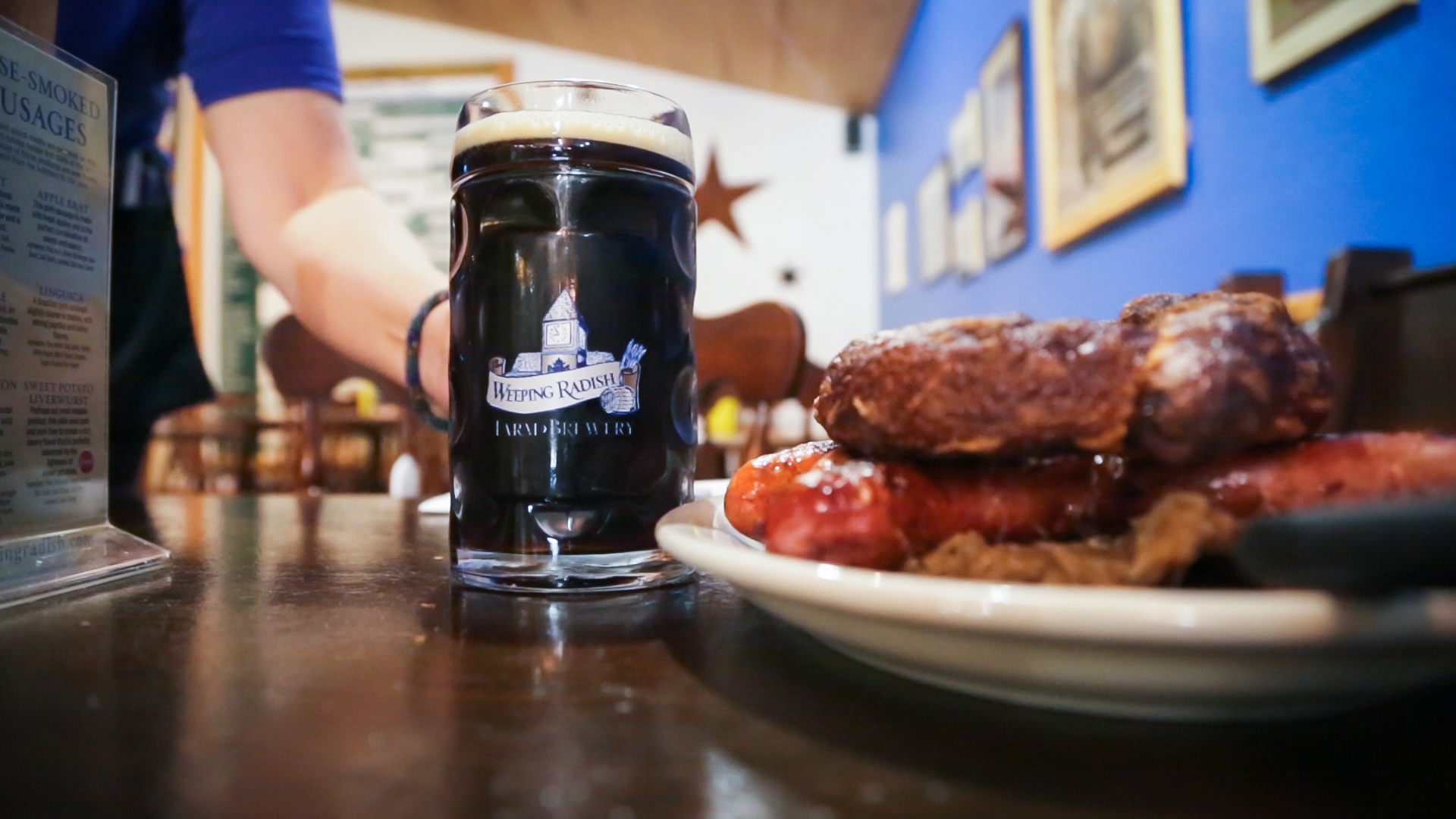 WHAT: Typically given by Uli Bennewitz, this tour starts with the history of North Carolina’s oldest brewery and the evolution over the past 30 years. It begins on the viewing platform overlooking the brewery and ends with the artisan butchery facility and smokehouse.

WHEN: Tuesdays and Wednesdays, 11 a.m. to noon.

COST: $15 includes three 3-ounce samples of beer and three sausage samples for guests age 21 and above. Those age 5 to 20 get root beer and sausage samples. Children age 4 and under are free.

RESERVATIONS:  Are required. To inquire about availability, fill out the ONLINE FORM