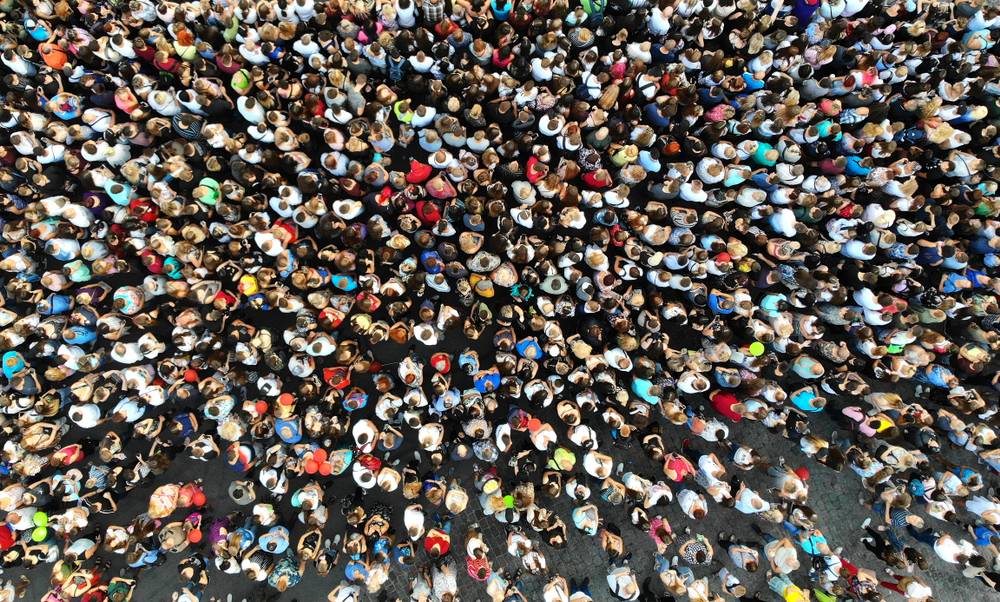 Since the last federal census in 2010, North Carolina’s population is estimated to have increased 1.13%, which ranks 14th in the nation and a whole half point above the national average.

Every year since 1970, we’ve grown faster than the rest of the country—and projections indicate we’ll add roughly a million new residents every decade for the next twenty to thirty years.

North Carolina’s population growth can be attributed to both natural growth and net migration. In a state boasting just under 54,000 square miles of land, there are an average of 196 people per square mile.

But who are these new Tarheels? Where are they moving? What does this mean for the future of North Carolina?

More people are moving here than are moving out. Likely attracted by our great business tax incentives, low cost of living, and sprawling natural beauties, it’s not difficult to see why people would want to escape the hustle and bustle of larger metropolitan areas. Out here, there’s enough room for people to stretch their wings and breathe in some fresh air.

Back in the 70’s, North Carolina's newest residents were mostly infants born in-state. However, the aging of our population and lower fertility rates have allowed net migration to overpower natural-born North Carolinians. In Wake County alone, net migration accounts for two-thirds of the population, which means about 42 more people move there each day than emigrate elsewhere.

Where is this increase happening?

These newbies tend to be highly educated individuals attracted to the booming North Carolina job market.

People follow jobs, and job growth in North Carolina has been highly concentrated. Between 2010 and 2019, statewide employment increased by more than 700,000 jobs, but they were almost entirely in just 10 urban counties. The remaining 90% of North Carolina counties accounted for just 30% of job growth.

Still, North Carolina has more people living in rural areas than any other state except for Texas. Our agriculture communities are our backbone; and, despite a decrease in population, continue to provide jobs and products to the rest of the nation.

Help is on the way, however. New housing and highway improvements are under construction, and the industrial base has diversified. This will definitely help in attracting more people to our rural areas.

Predictions for the Future

According to state projections, North Carolina will reach a population of 10.5 million this year, and will then surpass 11 million by 2030. Our senior citizens are expected to comprise over half of the population in the next 19 years, mostly living in rural areas. Urban areas will continue to attract young, motivated individuals.

No matter where the population increases, it’s important to remember that we are all one state. What happens in big cities like Raleigh, affects the people living out in the country and vice versa. Some cities struggle economically, after all, while many rural places thrive. Small towns, suburbs and commuter corridors act as bridges between them.

The best example of how we all benefit from net migration is the fact that North Carolina is now up for an additional seat in the House of Representatives. This extra representation would ensure that our values will be heard and our way of life preserved with help from our nation’s capital.

Currituck County’s unique mix of urban/rural development is a great example of both sides of the coin working together.

Steadily increasing in population year after year, we can see the positive changes in real time. More and more businesses are choosing to locate here because of our access to the Hampton Roads Metropolitan Area. This has caused our population to increase alongside bigger counties like Wake and Mecklenburg.

A huge part of the draw is our quality of life. Many people who are drawn to Currituck County come here for our proximity to great outdoor spaces like the Outer Banks and the North Carolina mountains. In addition to the sun and surf, there are plenty of award-winning golf courses and easy-to-reach day trips for the whole family.

It’s probably safe to say that the economic possibilities in our corner of the state are only getting better.

The state of North Carolina and many counties, municipalities and other organizations are already working to ensure a complete count of the total population in North Carolina on April 1, 2020 – the count date for the next decennial census.

More information about these efforts can be found at: https://census.nc.gov/.