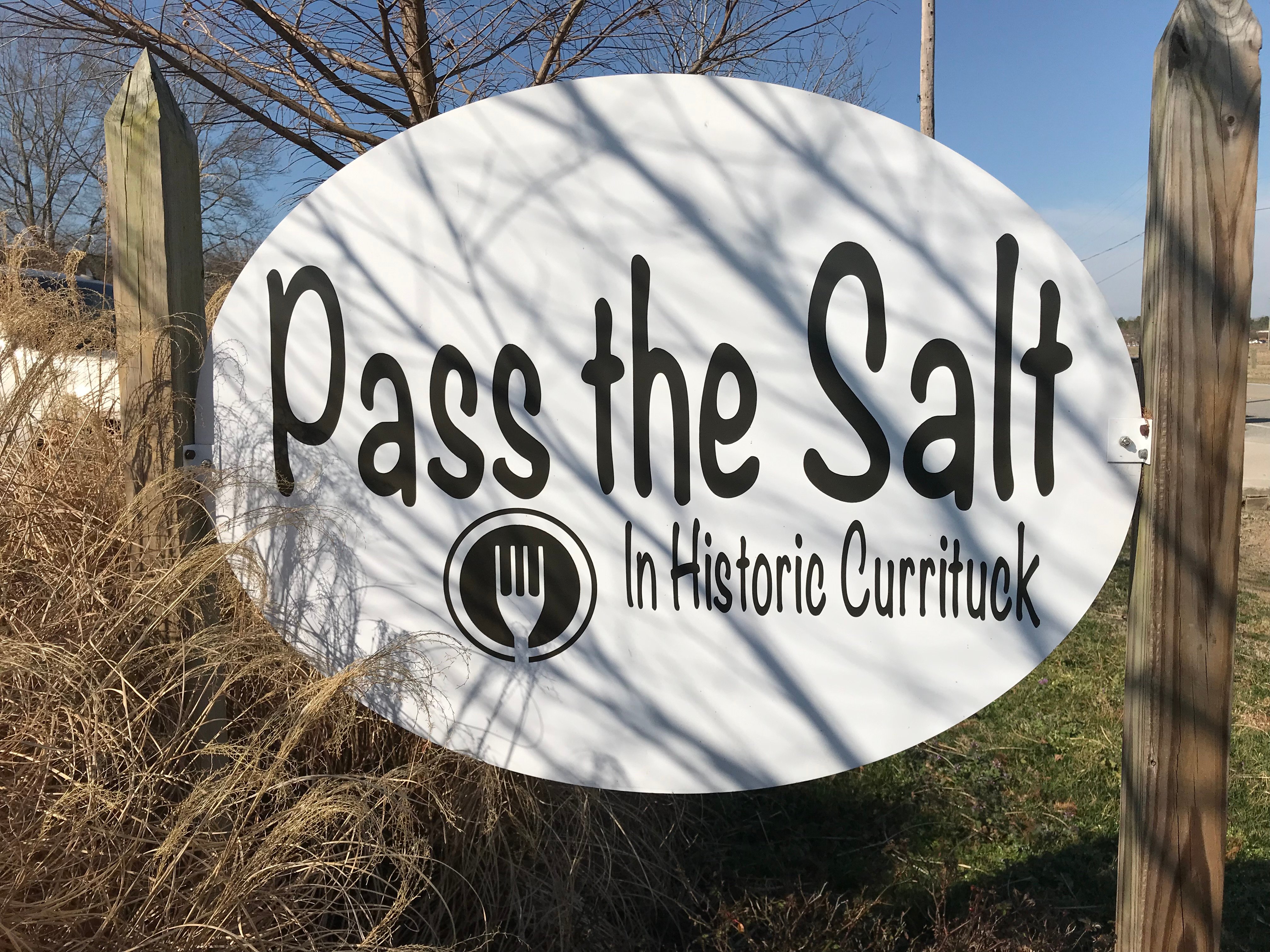 Pass the Salt Cafe: Building Community One Plate at a Time 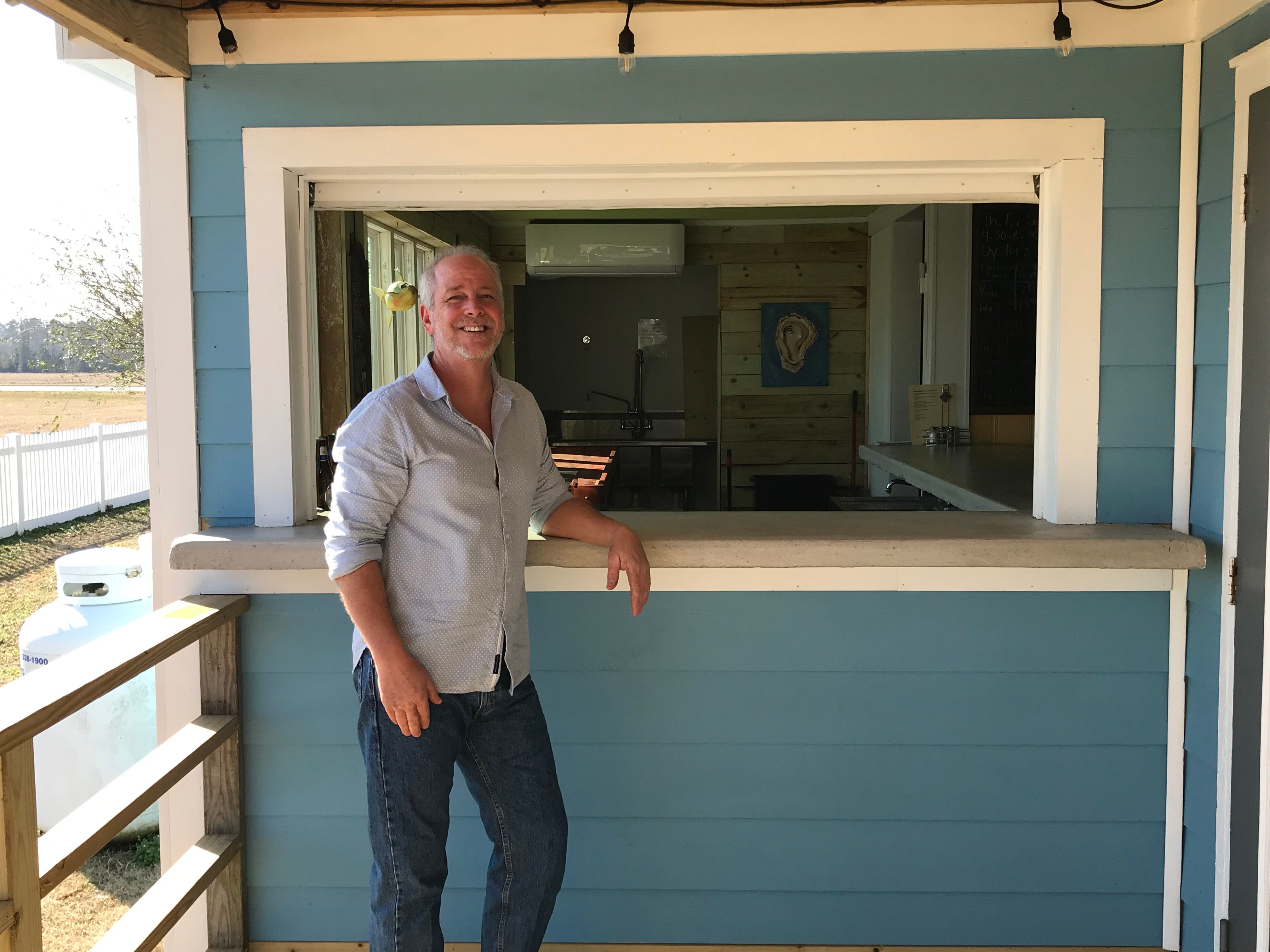 Dan Pennington always dreamed of living on the water.

In the late 1990s, his container business in Norfolk was doing well, but not well enough that he could afford waterfront property in Virginia Beach.

He found the fulfillment of his dream across the state line in North Carolina. Twenty-two years ago, he and his wife Tina and their family left the home Dan had built in Chesapeake and moved to Currituck County.

He continued to work in Virginia, and for 14 years, Dan made the 42-minute drive from his Currituck home on the water to his business in Norfolk.

When an opportunity to sell his business arose, he decided to take it. He had invested in some other properties in Currituck and wanted to turn a rental property he had on Courthouse Road into a small cafe.

“When we first moved down here, there were four places you could actually go out and eat,” Dan said.

The house at 138 Courthouse Road was built in 1936 and renovated in the 1970s. It  needed 10 months of new renovations to bring it up to code for a restaurant.

“I bought this thinking one day I might want to turn it into something," Pennington said. "It had some character, but it was generic. I wanted to keep it rustic.”

“[When I was a kid], I would come home and do my homework at the table and my Italian mom would cook a meal for all five of us. It would literally take her 25 minutes and it would just be phenomenal and this was night after night after night," Pennington, now 52, recalled.

"My mom would tell me food doesn’t have to be complicated it just has to be good. I wanted to cook things that I grew up with. I knew how to cook, but I didn’t know how to cook or order food for the masses.”

Dan laughed when he described his wife Tina's reaction to the idea of opening a restaurant. Her reaction was one word: Crazy!

Tina's family had experience in the restaurant business. She knew firsthand that running a cafe would be a lot of hard work, but still supported his decision.

ARE RESTAURANTS
A RISKY BUSINESS?

There is an oft-repeated saying that 90% of all restaurants fail, but that's more myth than truth according to an article from Concordia University-St. Paul: “We’ve heard this statistic thrown around in the media time and time again; thankfully this number is drastically overstated."

The article goes on to explain that a recent study showed that the actual number of restaurants failing in the first year is closer to 60 percent, and states that "while this may still seem high, statistics need to be examined in context to be fully understood. Restaurants are actually no more risky than any other new business according to the U.S. Bureau of Labor Statistics.” 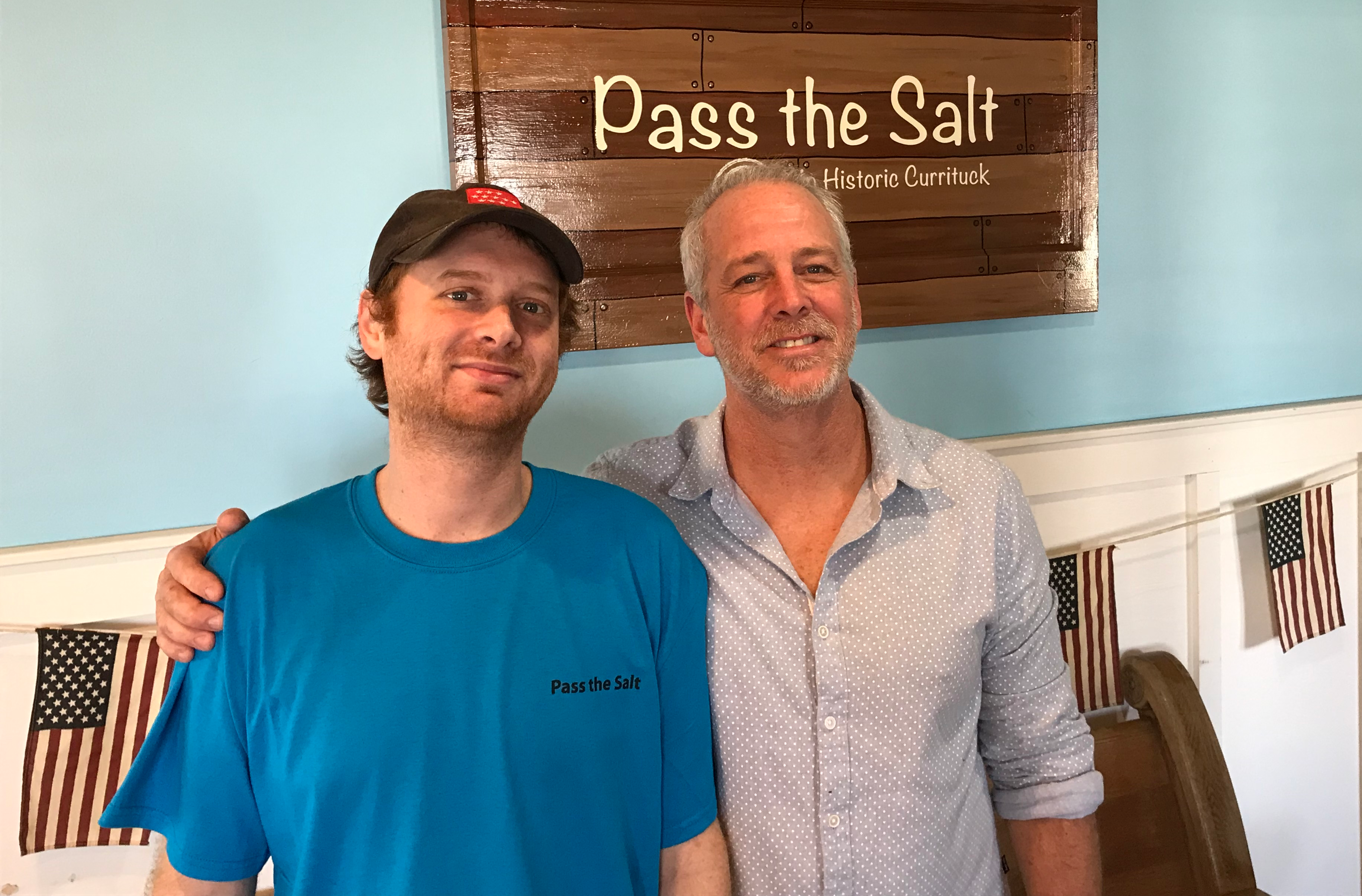 Dan hired someone with the experience he felt would help the restaurant succeed, but after seven months they parted ways. He needed to find a replacement.

His waitress suggested Chris Frazier, a young man she knew who had worked in restaurants around Greenville while he attended East Carolina University.

Frazier, 34, is originally from just down the road in Maple. He'd never planned on returning to Currituck. For him, restaurant work was just a way to pay for college.

But after working a year in retail, he changed his mind and came back to the kitchen.

“When I came back to the Currituck area, the waitress here at the cafe told me she thought I was the person Dan needed to hire,” Chris said.

That was five years ago. Now Dan says Chris runs the show and he’s just the owner.

Pass the Salt Cafe used to serve breakfast and lunch, but they decided to drop breakfast and switch to lunch and dinner only. The menu has changed over time too.

“It took some tweaking," Dan said. "If I didn’t have other irons in the fire, I’m not sure I’d have made it. I had income from my rental homes. It took three to three and a half years before customers were steady.”

Most of the cafe's current business comes from locals. Dan wants to make sure people are happy with the food when they leave, so he makes a point to talk with his customers, ask questions and solicit suggestions. He wants to make sure they leave full, but doesn’t believe in over-portioned meals.

“In Italy, they don’t have to-go boxes," Dan said. "My mom always made enough food for that evening and that was it. Our thing is smaller or medium-sized portions.”

Over the past five years, Dan has also noticed that people have become more conscious of what they put into their bodies. His customers are more influenced by what they read and hear about in the media regarding food and nutrition.

Pass the Salt has adjusted its menu accordingly, offering a wide selection of freshly prepared sandwiches, salads, soups and entrees.

When it comes to advertising, Dan said: “We like to have people come in who have heard about the restaurant. It's great when somebody said something to them about how they're going to be treated and the food they are going to get. If they come here with some knowledge about us, that’s important.”

Dan used to have a Pass the Salt billboard facing southbound traffic, but last year, he swapped it for one that faced traffic heading north from the Outer Banks. He realized that people who stop in on their way from the Outer Banks are usually older and not in such a hurry.

Dan learned plenty of those kinds of lessons through trial and error.

Adding an ice cream shop proved less lucrative than he had hoped.

“I thought it would bring in families, but it was flat," he said, adding that they still keep it open because most of the cafe's desserts (cherry pie, apple crumb pie, a hot brownie) go with ice cream.

But the cafe remains a popular dining destination and Chris and Dan and doing everything they can to accommodate regulars and attract first-timers.

Last June, Dan put in a raw bar which added a few more seats to the 34 that are inside. He also built an outside deck that wraps along the front and left of the building. That deck adds four outside seats for the raw bar, as well as extra outdoor tables. 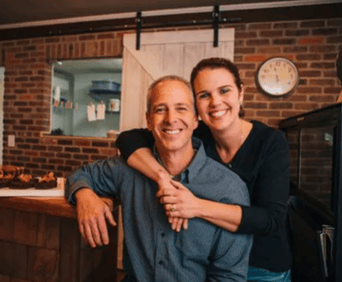 These days, Dan is happy to let Chris take on most of the responsibilities of running the business as he pursues other interests.

“I love that I can put someone else into it in three or four years.”

When he first dreamed up Pass the Salt Cafe, Dan named it with the expectation that it would bring people from different areas and backgrounds together.

He hoped that over the course of a meal, they could "season" each other’s lives with good company, cuisine and conversation.

Dan couldn't be prouder to see his vision come to life: “I love what it has become.”

Ready to check out Pass the Salt Cafe for yourself?