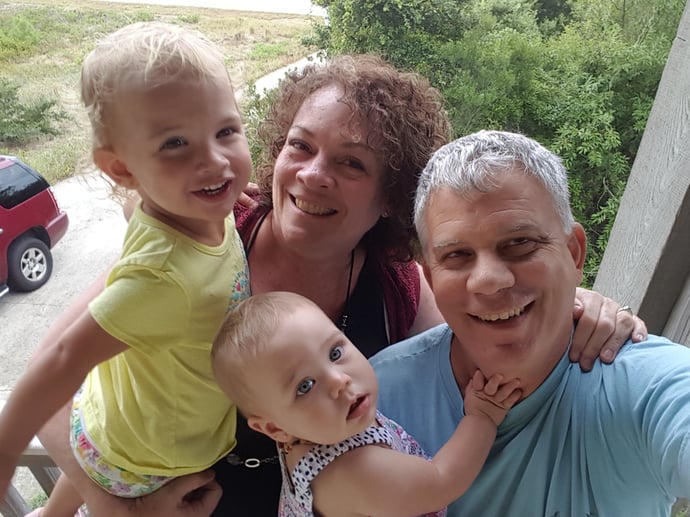 Paul Beaumont represents District 4 on the Currituck County Board of Commissioners (BOC).

He graduated from the United States Naval Academy in 1984 and spent 9 years as a U.S. Navy pilot. After his first assignment in Patuxent River Maryland, Beaumont came to Hampton Roads where he served as a flight instructor at Naval Air Station Oceana.

Beaumont moved his family to Shawboro over 20 years ago. Today, the Beaumont clan includes Paul and his wife, Christine, along with their 11 children (6 girls and 5 boys) who range in age from 32 to 14. The Beaumonts also have 4 grandchildren, with one more on the way.

In addition to serving on the BOC and running his own business, Beaumont also serves as a member of the Albemarle Rural Planning Organization (ARPO), the Fire and EMS Advisory Board (FAB) and the Recreation Advisory Board.

As part of our "Meet Your Commissioners" series, we spoke with Paul Beaumont about education, family values and the future of Currituck County.

What brought you to Currituck County?

We just desired a more rural life. We had five children at the time and I had daughters who wanted to have horses. We wanted to have a garden. Basically, we wanted room.

You didn’t find it in Virginia?

No, and we probably knew about every piece of property that went up for sale in Chesapeake, Virginia Beach Suffolk and Isle of Wight.

I have to say that there was this kind of mental barrier about crossing the state line. We were driving ALL THE WAY to North Carolina which, in reality, was only 15 miles down the road. But literally, the first piece of property we looked at, had everything we wanted. We saw it and made the decision to purchase the 25-acre tract and move to North Carolina.

While we built our house, we lived in a camper with 6 kids (my wife was pregnant with number 7) and a black lab.

That sounds... challenging. Speaking of challenging, you and your wife have 11 children. Was a big family always a part of the plan?

Our family size is a walk of faith. Christianity is very near and dear to our hearts and we take it seriously. The bottom line is that we were called to have a bigger family.

It fit well with the farm life. Our children learned to work hard. They were raised to get up early and take care of farm chores before and after school. We didn't take many vacations... well, let me rephrase that, we didn't take ANY vacations. Anyone that has animals knows that heading to Vail to go snow skiing is not an option when you have animals.

Did you grow up that way, with a big family on a farm?

No I didn’t. I was the oldest of four kids and I always kind of baffled my parents. I knew since I was little that I wanted to be a Navy pilot. That always confused my parents because neither of them had any background in the military. I was kind of an anomaly. 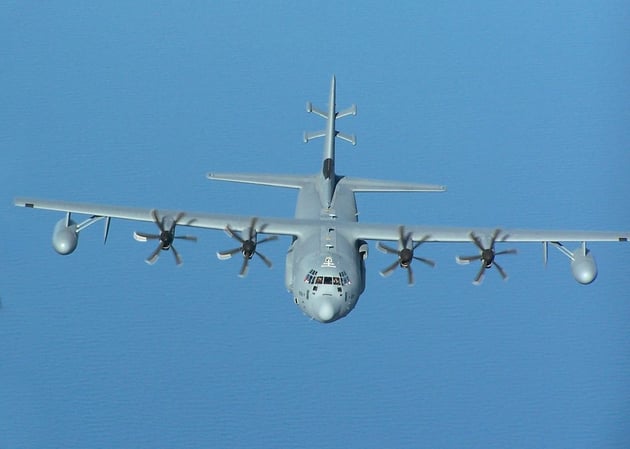 What did you do after you left the military?

My life experience was very unusual. I worked with everything from startups to bigger companies like Outboard Marine Corporation, which made Johnson Evinrude outboard engines. I basically spent a year and a half in a manufacturing plant making outboard engines. Around 2001, I transitioned to government contracting work, specializing in logistics and weapons systems for different aircraft. I started my own company, and that logistics and weapons work is still part of what I'm doing now.

How did you get into politics?

I got involved without realizing it. Because of my life experiences I was approached to become a member of the Board of Adjustments and that's where I started to learn about local government. Owen Etheridge decided to make a run for the House and his seat became available. That's really when I decided to throw my hat into the world of politics.

What did you want to accomplish?

Broadly, what I wanted to do was offer my skills and knowledge to help the county. The U.S. Navy spent a lot of money educating me and life has taught me a lot over the years. I thought it could be a benefit and have some value for Currituck County.

You’ve established yourself as someone who is very passionate about education. What do you think could be done to improve education in the county?

I have nothing but great things to say about the teachers and administrators at our schools.

But I would suggest that the state of North Carolina did not do a great job when we adopted the Common Core or any of the following philosophies that were similar to Common Core. The burden that was placed upon teachers to develop their own curriculum was not wise. The philosophy of teaching math for example has been flawed over the past several years. We’ve adopted a philosophy that has abandoned learning systems that have worked for centuries.

People might ask what makes you an education expert...

I've had kids throughout the school system, in elementary, middle and high school for the last 7 years…. so I've got the broad view. I also tutored football players after school every day for almost an entire season and almost every day it was a research project because there were limited to no resources available to the students or their parents.

My wife and I also have 23 years of homeschooling experience. We’ve been exposed to most of the different teaching techniques out there, so maybe we’re victims of too much knowledge. But we’ve also been through why these techniques work. In our schools we're just not aggressively pursuing what has worked in the past.

Here’s an example… when I went to school we did math tables. Multiplication tables, addition tables... we drilled, drilled, drilled... so that it was right there. Today, we have limited drill work. In fact I had one administrator tell me, "The goal of the Common Core was that the students do not memorize anything."

We also got away from teaching cursive. Some teachers do teach cursive, but it’s not required. Now, kids are going to encounter cursive in society. But what’s happened is that cursive has become a code that some kids don't understand.

I'm also not sure I agree with the half-day on Fridays and the attendance policies that the county has adopted.

Look, I know that in the school system we're victims of what curriculums are available and what books we can buy, I get that. That's why I'm not suggesting that this is all a local issue. A big part of the problem is on the state level.

What do you suggest will fix it?

We need to figure out what works, wherever it's working. We need to accept the fact that a ‘C’ is unacceptable. We don't want to raise average children.

And just to be clear, I'm not suggesting at all that Dr. Dobney and Superintendent Mark Stefanik are happy with average. We all want better for our kids.

Recent studies show that population in Currituck County is going to keep growing over the next 10 years. What’s your opinion about how to deal with that increase?

Get ready. Knowing they're coming and planning for their arrival is critical. I'm excited that the Currituck Station Megasite (aka the Moyock Megasite) has the potential to generate a significant number of jobs for our residents. Development in the Megasite becomes huge for the county.

That was one of the lessons I learned on the Board of Adjustment. If you looked at where our caseload came from, it was typically from policies the county adopted that didn't look far enough down the road. Those old policies weren’t long range and so short-term fixes ending up causing long-term issues.

Does the local leadership look more to the future now?

Yes, and I would say that has occurred in the last five years or so. We’ve really adopted a longer vision in everything.

What do you see as some of the priorities for economic development? Is it more important to grow residentially or commercially?

They kind of go hand in hand. The reality is that “rooftops” are what bring commercial growth.

The density in Moyock is going to increase, and there’s nothing we can legally do to stop it. We need to accept that population growth is coming and prepare for it as best we can. Part of that is being open to new ways of doing business. We need to be open to higher density housing, which means ensuring that we've got the infrastructure to support it. There will be increased traffic and a greater need for fire and law enforcement and it’s critical that those things be dealt with in a measured manner.

It goes back to why education is so critical. I think I'm on record saying something like, if we don't improve our level of education in Currituck County, we’re going to face a challenge with the industries that we're looking to attract to the Megasite. We might end up bringing in companies with positions that we’re challenged locally to fill and we’ll wind up having folks from Virginia come down and do the work.

It’s a complicated relationship between Currituck County and Hampton Roads. There are benefits for both, but it seems like Currituck needs more local business growth to lessen its dependence on crossing the border for work.

My wife and I quickly grew to love Currituck County, but part of the challenge that we saw as we raised children was that there was really no place for them to go when they graduated from high school.

I was part of that, ‘get up every morning and drive to Virginia to go to work’ mentality and I really wanted to find a way for my kids to be able to live here and work here and not have to commute to a different state to find a reasonable job.

And when I say ‘my kids,’ I'm talking about all of the kids. I feel compelled to do whatever I can do to help bring opportunities for all the kids in Currituck.

What’s something that you’d like residents to know about the current Currituck Board?

I would say that this Board of Commissioners is committed to the entire county and truly pursues what’s best for Currituck.

In the past, some felt that the local government was opposed to change.

I don't see that anymore. This board has embraced the fact that the county is going to grow and this board has adopted the position of ‘they're coming, let's get ready.’

You either embrace change or it's going to get crammed down your throat. By embracing it, we can put systems in place to get in front of it and plan for it rather than be reactive.

This seems like a ridiculous question to ask someone with 11 kids, but how do you spend your free time?

You know what? I spend my free time predominantly with family. I have a grandson who’s playing sports in the local municipality so I attend a lot of high school and recreation sporting events... and then there’s always the beach.