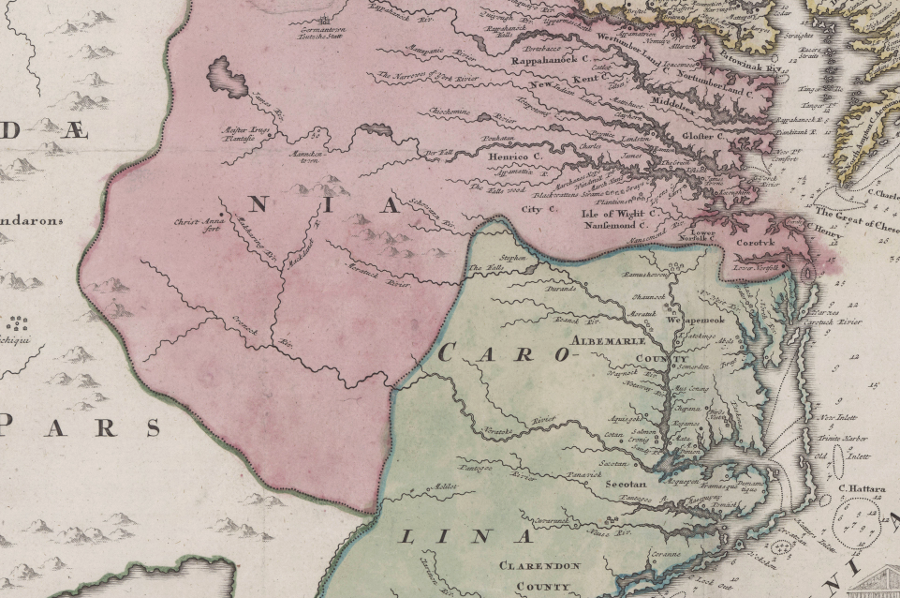 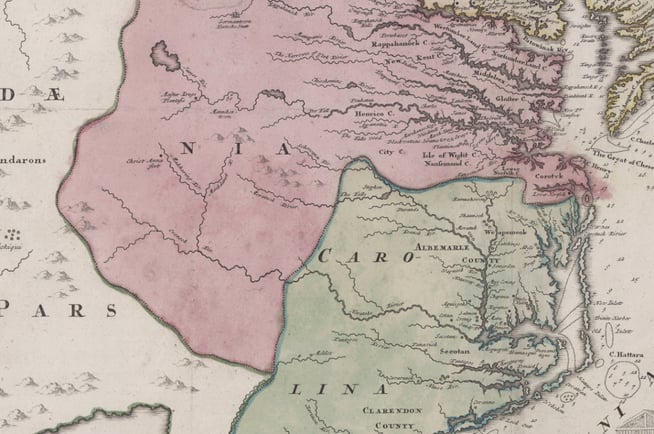 When it comes to commercial real estate, fortune favors the bold.

You can’t seize big opportunities by hiding out in your comfort zone or following the crowds. Sometimes the best decision you can make for your business involves having a vision, taking a chance and stepping over the line.

The “line” in this case runs 320 miles from the northern bend of Sandfiddler Road in Carova Beach to the edge of Tennessee’s Cherokee National Forest. It’s a line more commonly known as the Virginia-North Carolina border.

Check it out on a map and you can see that it’s pretty well defined.

But apparently, the boundary between the states was a point of contention for many years. In 1710, a land survey attempt was a complete failure. For years, there was even a space between VA and NC that existed as a sort of no-man’s land.

It wasn’t until 1715 that two colonial governors settled on exactly where the border should begin. The survey that finally got it right was conducted in 1728, but issues with the border weren’t settled until 1799.

Today, we all agree on the line. And most of us would probably agree that clarity is a good thing. But I’m also a big fan of flexibility, especially when it comes to business.

That’s why I’m all for re-blurring the line between southeastern Virginia and northeastern North Carolina. 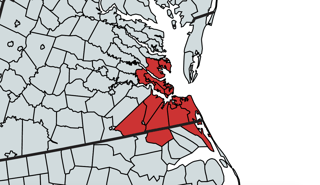 We’re already geographical neighbors and members of the same Metropolitan Statistical Area (MSA). It’s true, the Hampton Roads MSA consists of 14 cities and counties above the line in Virginia and two below the line in North Carolina (Gates and Currituck County).

If crossing state, county or city lines to do business seems daunting, just remember that thousands of people do it every day.

Almost half of the Hampton Roads labor force (47%) works in a city where they don’t live.

In Currituck County, 81% of people who live here work outside of the county, and 41% of those people earn their living in southeastern Virginia.

Over the years, Currituck has settled into its role as a bedroom community for the rest of Hampton Roads. But the time is rapidly approaching when we’re going to outgrow that role.

Over the next 20 years, life just south of the border is expected to get much busier. By 2035, the population of Currituck County is expected to grow by 42.5%. That’s an additional 10,877 people (net migration) who will call this county home. That means, over the next two decades, we’ll need to add another 4,148 year-round homes at the rate of about 208 new dwellings per year.

Take that projected population growth, add a surplus of space and clusters of major development, and you get a perfect storm of commercial real estate opportunity.

That’s why, now more than ever, is the time to “Think Currituck.”

Still skittish about the idea of moving or expanding to North Carolina?

Afraid to even look?

Consider this: There was a time when parts of Suffolk, southern Chesapeake and the far-reaches of Princess Anne and Pungo in Virginia Beach were seen as “wild frontiers.” In 1980, the idea of building a mall way out on a remote stretch of Lynnhaven Parkway was downright controversial.

Those who took action to transform corn fields and farmland into bustling residential and commercial developments were seen as pioneers and visionaries. They looked beyond their own backyard and took a risk.

Today, the success and growth of destinations such as Harbour View in Suffolk, Edinburgh Commons in Chesapeake and Princess Anne Commons in Virginia Beach speak for themselves.

When it comes to capitalizing on commercial real estate opportunities and growing your business, there are some real benefits to expanding your horizons and crossing the state line.

In addition to boasting a mere 3% corporate income tax rate (the lowest in the nation among states who have one), North Carolina is consistently top-ranked by national business publications (#2 Best State for Business by Forbes, #2 Business Climate Ranking and #1 Top Competitive State by Site Selection Magazine).

If you need more convincing, here are seven solid reasons to take a closer look at commercial real estate in Currituck County:

1. Currituck Station consists of over 3,000 acres adjacent to the border with Virginia and located on the western side of North Carolina 168/Caratoke Highway in Moyock. It will become home to a mix of commercial and residential development. Though there are several other sites that have sprouted up along the border in VA and NC, no other site will be closer to the Port of Virginia and the resources of Hampton Roads.

2. The Mid-Currituck Bridge is a proposed 7 mile, two-lane toll bridge that will span across the Currituck Sound, connecting the mainland and the Outer Banks by linking US 158 and NC 12. On the mainland, there will be a whole new influx of traffic and tourists, giving businesses the opportunity to provide lodging, restaurants, retail and more. 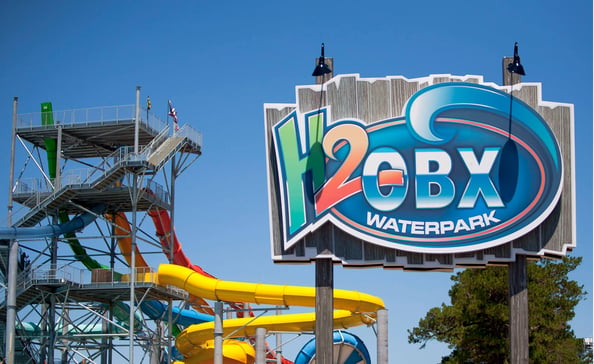 3. Lower Currituck County’s biggest new development has been the H2OBX Waterpark, which opened this summer. The waterpark will be a ctalyst for new businesses to capitalize on thousands of visitors every week. The first summer season has been declared a success and expansion plans are already being discussed. 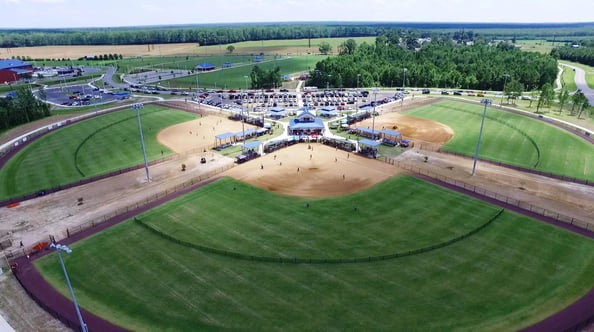 4. Currituck Community Park. The new softball and baseball facility will host regular local, regional and state tournaments and activities. But the ball fields are just part of a larger vision for the area which includes College of The Albemarle's Regional and Aviation Technical Training Center, the Currituck YMCA, the Currituck Extension Center, a new animal shelter and a soon-to-be-built public safety center.

5. Foreign Trade Zone 20 was recently expanded to include Currituck County, so any company that currently enjoys those benefits in places like Suffolk, Chesapeake or Virginia Beach can retain them here. 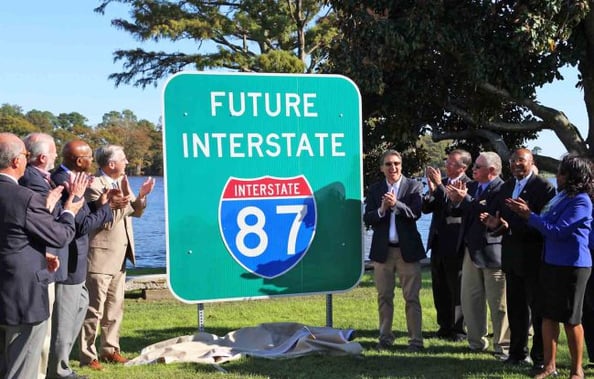 6. The proposed Interstate 87 expansion will improve the route between the Port of Virginia, Raleigh and other cities in central North Carolina, making Currituck County even more of an East Coast commerce connection.

7. We are pro-business and accessible. From the Board of Commissioners to county officials, Currituck County is eager to build our commercial community. That means less gridlock and red tape. Our permitting and zoning process is personalized, streamlined and designed to get you open for business.

I know Currituck County is not going to be a perfect fit for every business. But for some businesses, we may be the best choice they never considered before.

If you’re curious, I encourage you to take a quick drive across the border and pay us a visit. Check out some properties and take a look around. But don’t get too used to the way things look here in Currituck County... because the scenery is definitely subject to change.