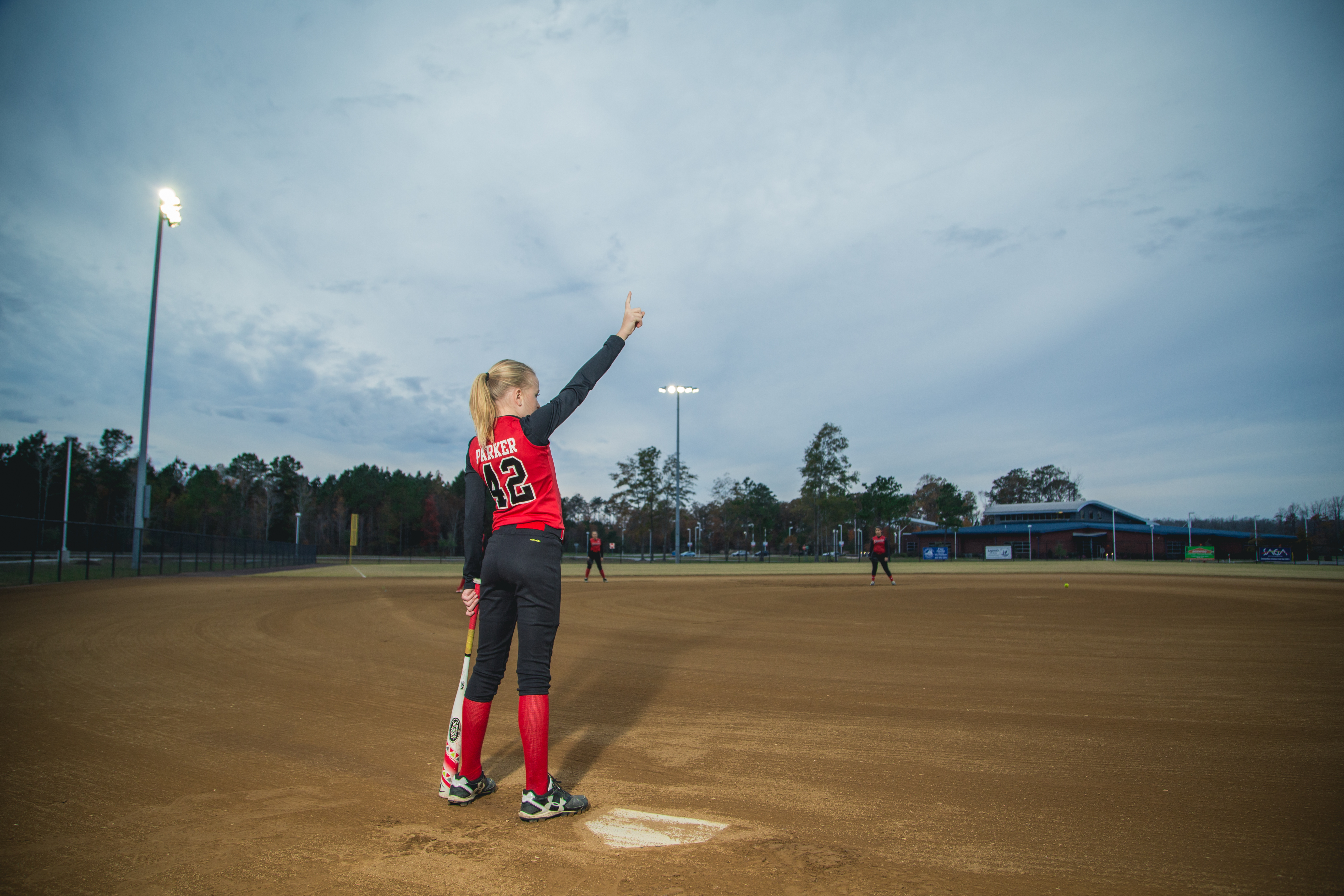 When it comes to economic opportunities for the Currituck County mainland, youth sports tourism has the potential to "knock it out of the park"

Last year, youth sports were worth more than the NFL, nearly surpassing revenues for the NBA and MLB combined. And towns across the country are engaging in an arms race to capitalize on the “sports tourism” boom that shows no signs of stopping.

A study from independent organization WinterGreen Research shows that the youth sports market generated $17 billion in the U.S. alone in 2018 -- more than the $15 billion generated by the NFL, arguably the most powerful brand in American sports. That number is up almost 10 percent from 2017 and is expected to reach a staggering $57.8 billion in the next five years.

Much of that comes from “sports tourism,” considered the fastest growing sector of the travel industry. What is sports tourism? Simply put, youth athletes and their families are spending thousands of dollars on travel for youth sports teams and tournaments, which bring economic opportunities that rival those of traditional tourism.

In a 2017 episode of HBO’s “Real Sports,” facility developer and youth sports consultant Dev Pathik dubbed the phenomenon “tourna-cation” -- tournaments are replacing vacations for the modern American family. He estimated that sports travel generates $9 billion per year, a figure that is growing by 20 percent annually.

Of course, this presents a lucrative opportunity for communities that are able to capitalize on the “tourism” appeal of youth sports. New facilities mean new tourism draws, which in turn generate revenue from registration fees, hotel stays, tourist shops and other local hospitality -- not to mention the uptick in local employment.

Towns are already building high-scale facilities to stimulate their local economies, particularly in the South. That 2017 episode of HBO’s Real Sports highlighted Myrtle Beach, South Carolina, which has reinvented itself from a coastal tourism hub to a youth sports mecca. Jonathan Paris, the city’s executive director of sports tourism, said the industry generated $158 million of revenue in 2017, with a $187 million windfall the year before.

It’s not just in traditional tourist spots, either. In 2014, Rocky Top Sports World opened in Gatlinburg, Tennessee, a town with roughly 4,000 people. The $20-million facility nearly paid for itself in its first year with the tourism dollars it generated. Last year, it had an estimated $45.7-million impact on local Sevier County.

These projects are happening in North Carolina, too. 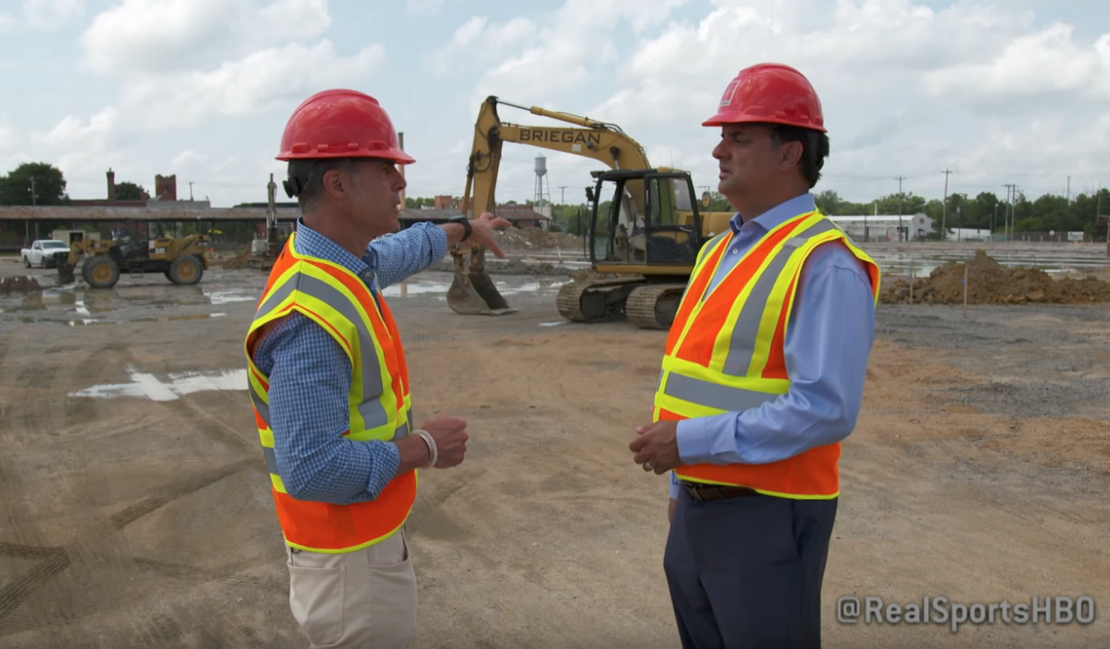 Developers in Rocky Mount, a two hours’ drive from Currituck County, opened the doors this past October to the Rocky Mount Event Center, a $48-million facility that is expected to bring $264 million to the region in the next 10 years. After being featured by HBO’s Real Sports in 2017, the town saw $4.25 million in direct investment in a 60-day span, according to the downtown development office, in anticipation of the tourism draw from the sports complex. The 165,000-square-foot facility is expected to bring 400,000 annual visitors and 46,000 additional hotel room stays by 2023.

In Greensboro, local developer Richard Beard told The Rhino Times this month that sports tourism shepherded the town through its financial collapse a decade ago. The area is known for hosting prominent ACC championships, but Greensboro Convention and Visitors Bureau CEO Henri Fourier said this summer’s Amateur Athletic Union (AAU) Junior Olympics will be the largest event the city has ever seen -- marking another economic highlight for Guilford County.

The experiences in Greensboro and other cities are a barometer for the success of youth sports, and Currituck County is already cashing in. Just last month, the county was selected to host the 2019 Tar Heel Softball State Tournament in July, with 32 teams from across the state descending on Currituck Community Park in Barco. That spells the potential for more than a thousand players, coaches, parents and fans to flood Currituck County with “tourism” dollars that would have otherwise rewarded another community with the necessary facilities.

That likely wouldn’t have been possible just a few years ago, before the opening of Community Park in May 2017. And there still remains greater opportunity for Currituck County to capitalize on this booming industry.

In 2018, HVS Consulting and Valuations proposed a 75-room hotel in Currituck County, which currently features no hotel brands on its mainland. The proposal cited the sports tourism draw of Community Park as a key revenue generator for a hotel, in part because multi-day sports tournaments often necessitate lodging for potentially thousands of coaches, players and their families.

It works the other way, too: just as sports tourism helps local hotels, improved lodging options can help increase sports tourism. The proposal explains that a hotel would “serve as a catalyst for future booking increases at the county’s sports complex” because families could stay in Currituck County for multi-day tournaments as opposed to booking a hotel in nearby Pasquotank County or Chesapeake, Virginia.

The construction of an indoor facility could maximize revenue from the tourism sector, too. Outdoor fields like those in Community Park are great for summertime, when baseball and softball season is in full swing. Yet coastal cities already see tourism dollars in the summer. An indoor facility like the one in Rocky Mount -- which houses eight basketball courts, 16 volleyball courts and a master event space -- could keep revenue flowing from sports travel during the fall, winter and spring and make Currituck County a year-round tourist destination.

Thanks to its unspoiled natural spaces and majestic waterways, Currituck County has enjoyed its reputation as an outdoor "Sportsman's Paradise" for generations. But it might just be time to add to that legacy with a new generation and a perfect setting on the county mainland.

Comprehensive and updated for 2019! Click below to download our interactive guide, with links to hundreds of resources for doing business in Southeastern Virginia and Northeastern North Carolina!