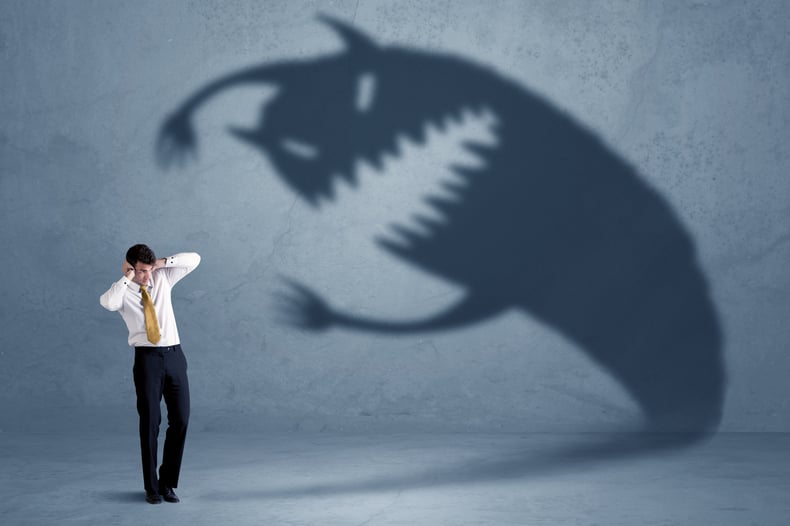 Why the "Other F-Word" is Bad News

I hope you're doing well. I hope your friends and family are safe and healthy.

It's hard to wrap your head around what’s happening in the world.

These days it can feel like an endless run of bad news.

That’s why I watch TV in short bursts, if at all.

It’s important to know what’s going on, but I don’t leave the news on in the background. The constant chatter of the 24-hour news cycle is not the healthiest soundtrack for anybody’s day.

To be honest, I prefer almost anything else.

The same goes for the internet.

I’d rather not wallow around in all that... FUD.

If you’re not familiar, FUD is an old sales and marketing acronym that stands for “Fear, Uncertainty and Doubt.”

You’d hear "FUD" a lot in the high-tech and computer world. Big companies like IBM and Microsoft liked to rattle customers with warnings about the disastrous consequences of buying software and hardware from smaller competitors.

They’d tell horror stories about how one wrong computer purchase could cost millions of dollars and hundreds of jobs.

It worked. Clients would be so terrified of change, they figured the only logical choice was the safe choice.

That’s why, “Nobody ever got fired for buying IBM equipment” became such a popular saying in the business world.

But here’s the thing: not a lick of it was true.

Those stories had one purpose: to sow the seeds of fear, uncertainty and doubt.

Unfortunately, FUD has made a comeback.

I understand that comparing computer sales tactics to our current situation isn’t exactly apples to apples. Our country is in crisis mode on lots of different levels right now. People are faced with challenges they never saw coming.

Most of us have plenty to deal with right now.

The last thing we need is more fear, uncertainty and doubt.

But that doesn’t stop the endless flow of gloomy theories about what tomorrow will look like. Talking heads on the news (and armchair experts on social media) share those theories and add opinions, second hand stories and imagination.

The end result is a scary, confusing mess.

One BIG reason I don’t tune in as much is all the talk about “the new normal.”

Forget everything about life as you knew it, they say. The future is a whole new ballgame. Once this pandemic is over, nothing will ever be the same.

First of all, I hate the phrase, “the new normal.”

It’s become nails on a chalkboard for me. Can we all agree to stop saying it?

Secondly, the future was ALWAYS going to be different. That's how the future works. Change has been a part of human life since, well, since human life began.

The only thing we know for sure about the future? Nobody knows anything.

Writer William Goldman used that line in his book about Hollywood and the film industry.

Goldman was the late great screenwriter of All the President’s Men and Butch Cassidy and the Sundance Kid.

When he wrote “nobody knows anything,” he was talking about movie studio executives who liked to pretend they knew the formula for creating a box-office hit.

But they didn’t have a clue. Nobody did.

The same goes for people kicking up FUD about this pandemic.

When it comes to what the future holds: Nobody knows anything.

Sure, there are lots of educated guesses. Some guesses are more educated than others.

But so far, NOBODY (to my knowledge) has stepped out of a DeLorean time machine to explain EXACTLY what 2030 looks like.

That means anything is possible.

Keep in mind that I’m not a doctor or a scientist... or a time-traveler.

My job is to help grow the economy here in Currituck County, North Carolina.

I don't have all the answers to the big questions we're facing today.

Much like communities all over the nation (and the world), here in Currituck County we're dealing with the day-to-day realities of staying healthy and getting back to work. I talk with residents and business owners every day who are anxious to get from surviving to thriving again.

I try to be honest with them. I tell them it will take time. It won't be easy.

But it won't be as scary as all those FUD-flingers make it out to be.

Because there's one thing I know for sure: Tough times don't last forever, but tough people do.