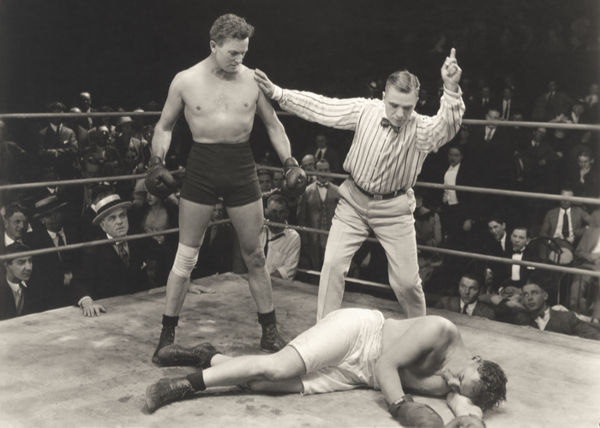 The Agony of Defeat

We need to talk about losing.

It happens to all of us, whether we like it or not.

Losing is no fun.

It doesn’t matter if you lose on a $1 scratch off lottery ticket or get knocked out in the first round while fighting for the heavyweight title.

Nobody likes to lose, but everybody does.

Think of some of the greatest athletes in history. Most of them did more losing than winning.

Ty Cobb has the highest batting average in the history of baseball, but he still missed six out of every ten balls he was pitched.

Everybody talks about Tom Brady’s seven Super Bowl victories, but they never mention the 13 years he didn’t make it to the big game.

Here’s the thing, there are more losers in the world than winners.

Just look at the Olympics. The summer games start next week in Tokyo.

That place will be LOUSY with losers.

You only get a medal for first, second and third. And last I checked, there were more than three people lining up for the 100-meter run or the 200-meter backstroke.

Most of those smiling faces parading around during the opening ceremonies are going home disappointed.

The worst part about Olympic defeats have to be the narrow margins.

Blowing the Super Bowl by one yard is tough. Watching the game-winning basket bounce off the rim is tragic. But nothing comes close to the utter devastation of losing by decimal points.

Here’s an example: the men’s swimming 100-meter freestyle final from 2016 in Rio. All three medalists swam the distance in 47 seconds and change.

But so did the Canadian who came in fourth.

Unfortunately, he was .03 seconds too slow.

Three HUNDREDTHS of one second made the difference between standing on that podium and going home empty-handed.

Can you imagine? All those years and hours of training and swimming and fighting… just to miss by the same amount of time it took me to type the period at the end of this sentence.

Technically, you can call that guy a loser since he didn’t earn a medal, but it just doesn’t seem right.

He lost ONE race.

Granted, it was a big race, but there’s always another.

Losing is no fun, but it happens. You do not win and yes, for a brief moment, in the literal definition of the word, you are a loser.

But then you pick yourself up and get ready for the next race… or the next job… or the next whatever… and just like that, you’re a contender again.

The clock resets. You take your mark and anything is possible.

Losing is part of life.

The trick is knowing how to live with it and learn from it.

Take that Canadian swimmer for example. He could have gone home to the Great White North and hung up his Speedo for good. He could have spent the rest of his life ice-fishing or moose-herding or whatever it is they do for fun up there.

He could have never swam another lap in his life.

But that’s not what Santo Condorelli did. He embraced his Mediterranean ancestry, traded Team Canada for Team Italia and started breaking swimming records for Italy.

Which just goes to show you that the agony of defeat only hurts as long as you let it.

Unless you're that ski jump guy from the opening credits of ABC's Wide World of Sports and you're forced to relive your failure every Saturday afternoon for 27 years.

Ouch. Talk about kicking a guy when he's down.

Thankfully, you are not him.

Enjoy the rest of your summer. Remember to ride the waves, roll with the punches and if you have to "take an L," I hope that "L" stands for love, laughter, lobster, lunch or Larry!