We always knew that there was something special about living in North Carolina.

Now it seems like the rest of the country is catching on.

The populations of cities, counties and towns all across the state are getting bigger, and that forecast isn't likely to change, according to a recent release from the North Carolina Office of State Budget and Management.

North Carolina’s metropolitan and micropolitan areas are among the largest and fastest growing in the nation, according to population estimates published by the U.S. Census Bureau on April 18.

And even more impressively, 71% of them grew between 2017 and 2018 (compared to only 55 percent of all counties nationwide).

Currituck County and Gates County are included in the Virginia Beach-Norfolk-Newport News, VA-NC MSA which ranked 37th nationally in 2018 (it ranked 36th in 2010).

Census numbers show that population growth continues to be concentrated in and around major metropolitan areas of the state –and particularly in the piedmont and coastal areas. 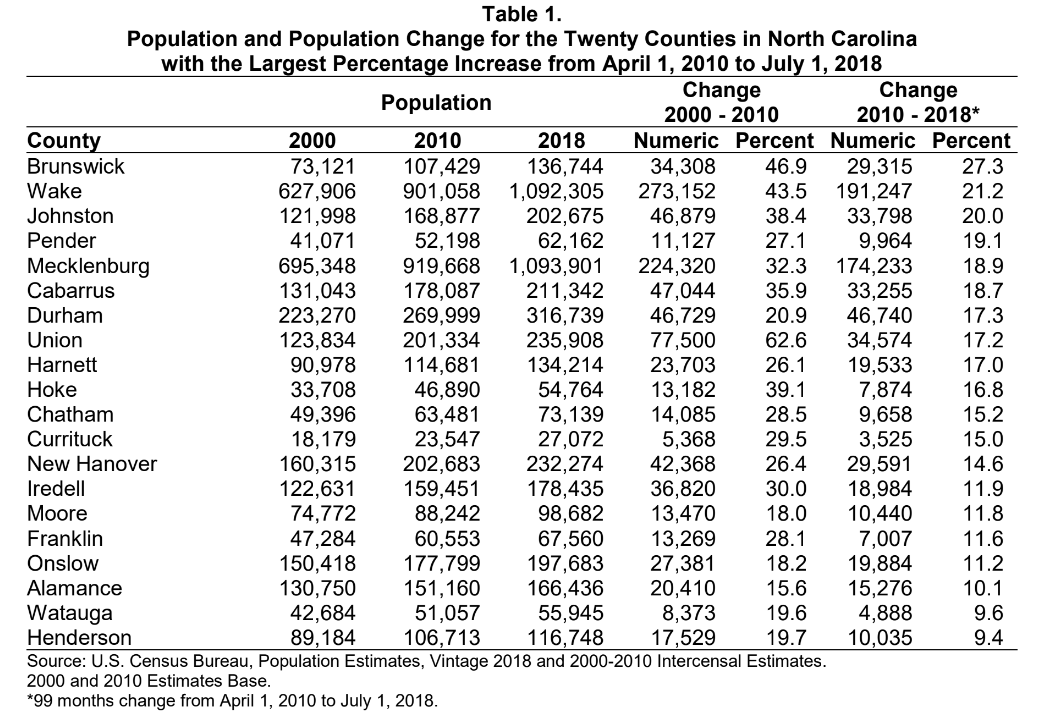 But that number won't stay low for long. The projected population change in Currituck County between 2020 and 2030 shows an increase of 22.9% increase over the next decade. Included in that estimate are over 3,300 births and more than 6,400 new residents.

At least for another year, that most recent census is the one that took place in 2010.

The State of North Carolina and many counties, municipalities and other organizations are already working to ensure a complete count of the total population in North Carolina on April 1, 2020 – the count date for the next decennial census.

More information about these efforts can be found at: https://census.nc.gov/.