Good beers come to those who wait

So, what are we waiting on? 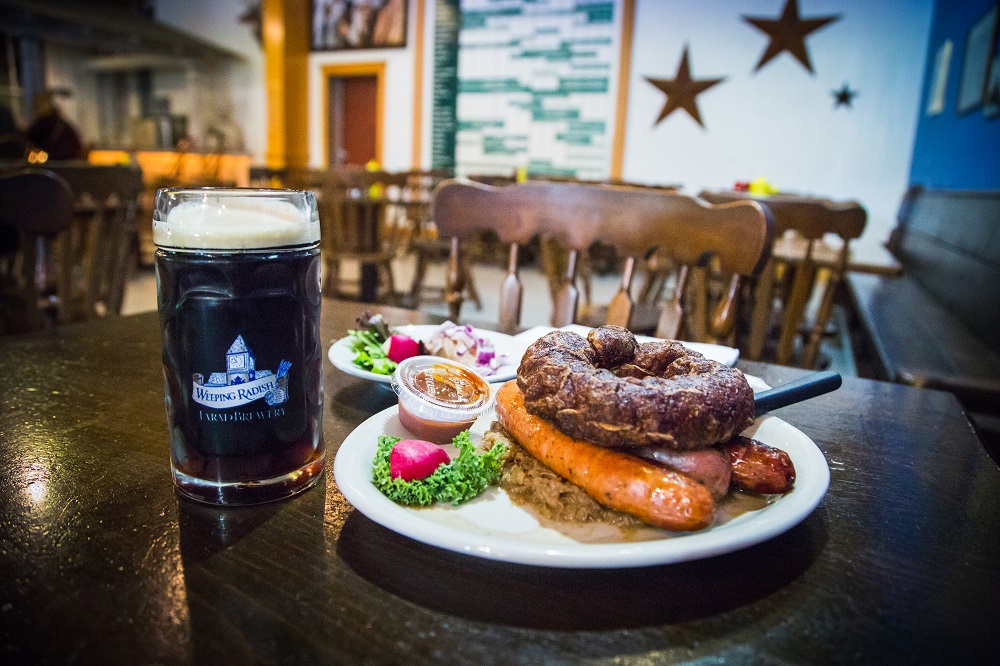 For decades now, Currituck locals and Outer Banks tourists have been familiar with Weeping Radish, the first microbrewery in the southeastern United States. Since 1986, the establishment has been pushing the beer industry’s envelope—even campaigning to change industry laws when necessary.

Before the Weeping Radish came along, no brewery was selling their own beers directly to customers. In fact, this was against the law.

Furthermore, the combination brewery and butcher shop was an early pioneer of the farm to table approach for bottling beer and casing sausages. Now, hundreds of other breweries have followed in the footsteps of the Weeping Radish and are becoming important aspects of the Tar Heel State’s culture.

After a change in ownership, the Weeping Radish was temporarily closed for renovations. The original plan was to have doors re-opened for the summer season of 2022. But, just as a proper brewing process takes lots of time and effort, the Weeping Radish’s refresh project isn’t over just yet…

So, while the original microbrewery of Currituck won't be open this summer, the new owners promise it will be back soon— and better than ever.

Ownership cited a focus on long term goals as the reason for the delay. Rather than opening up prematurely, the Weeping Radish wants to be in position to extend their success into the next 40 years and beyond. Components of this strategy have included consultations from architectural firms and branding agencies to ensure a proper relaunch.

But there's good news in the meantime...

Beer aficionados and meat lovers can expect the return of the Weeping Radish to feature an expanded brewery, a wider variety of locally pastured meats, and a new outdoor dining space.

Plus, ownership has discussed interest in stretching their farm to table endeavors to include ocean to table options as well. Until all of these exciting updates are in effect, fans of the Weeping Radish collection of beers can find the bottled products available for purchase at several local eateries and establishments.