According to a representative from the North Carolina Department of Transportation (NCDOT), "The process is moving forward." 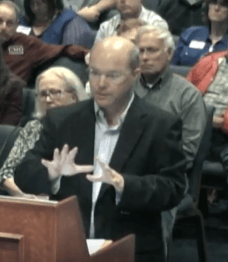 He presented a NCDOT project update to the Currituck County Board of Commissioners (BOC) at their public meeting on April 16, 2018.

The first draft of the Environmental Impact Statement was completed in March 2010 and the final draft was finished in January 2012. But the entire project was placed on hold in 2013 while NCDOT reviewed state, regional and local transportation improvement funding priorities.

Because so much time had elapsed, the Environmental Impact Statement had to be reevaluated.

Jennings reported that the reevaluation "is underway and nearing completion."

According to the NCDOT website, the reevaluation "will consider changes regarding the project, its surroundings, impacts and any new issues, circumstances or information that was not considered in the original document."

It will also "look at any changes in laws or regulations that apply to the project."

This Environmental Impact Statement is needed to complete the Record of Decision (ROD), which is a formal decision document recorded for the public.

The ROD is expected sometime this summer, but no firm deadline date has been determined. When dealing with a project of this scale—that includes so many moving parts (and people)—the schedule will always subject to change.

While NCDOT delivered this update, Jennings reminded the BOC that because the Mid-Currituck Bridge is a toll project, it is being managed by the North Carolina Turnpike Authority rather than NCDOT.

Jennings said that he spoke with the Turnpike Authority to verify that he had the most current information, and during his presentation to the BOC, he provided a quick update on their activity regarding the Mid-Currituck Bridge.

So when will actual construction begin?

Once project managers clear all of those pre-construction hurdles.

So, the good news is that the Mid-Currituck Bridge is moving forward. But we'll all have to wait a little bit longer before those last blocks of "To be determined" are replaced in the official project timeline.