NC Remains in Top 5 States For Migration Within U.S. 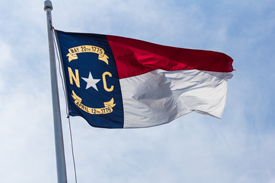 According to the annual United Van Lines' report released early January, North Carolina is still in the top 5 states for migration in the U.S.  North Carolina ranked fifth, down from third in 2014 and 2013. There were 6,149 inbound household shipments and 4,291 outbound for an overall inbound proportion of 58.9 percent, according to the report released on January 4th, 2016.

Since 2010, about two-thirds of the state’s growth has been in the Charlotte and Triangle areas, according to Rebecca Tippett, the director of Carolina Demography at UNC Chapel Hill’s Carolina Population Center. County estimates showed that Mecklenburg County’s population had topped 1 million by 2014 while Wake County’s had approached that figure.

In 2015, the population crossed the 10 million mark, largely propelled by the growth in the Raleigh and Charlotte areas.

North Carolina still remains the nation’s ninth most populous, right behind Georgia and just ahead of Michigan. Since 1970, the state’s population has roughly doubled.

Read the full article from the Winston-Salem Journal here.

Thinking about moving your business to a better location? Our FREE eBook can help you decide if North Carolina is the right move for you.