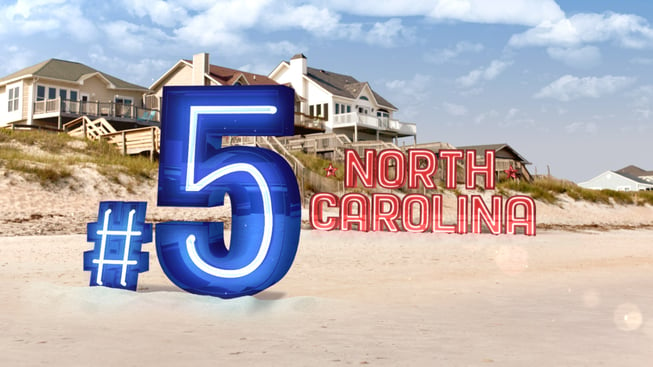 North Carolina holds on to the No. 5 spot in CNBC's America's Top States for Business ranking. The state scored 1,568 points out of a possible 2,500 in the annual study.

The best category this year for the state is Technology & Innovation. Last year, NC ranked 7th, this year we moved up to 6th. Our Workforce ranking also improved, going from 9th in 2016 to 7th this year.

CNBC has been scoring the states since 2007 to see how they rank in competitiveness. According to the network, the study reveals "key state economic indicators on everything from taxes and regulatory climate to the quality of their workforces. It’s a project that takes months of data analysis. We score all 50 states on more than 60 measures of competitiveness developed with input from a broad and diverse array of business and policy experts, official government sources, the CNBC Global CFO Council, YPO and the states themselves."

Since 2007, North Carolina has only slipped out of the top ten once. Here's how the state has ranked over the years: