It may not be as fashionable and hip a publication as Vogue or Vanity Fair, but when it comes to reporting on the intersection of site selection, facility planning and workforce development, Area Development Magazine leads the pack.

The news is great for the state and even better for Currituck County. It means continued forward momentum for the state economy, which is on track to grow by as much as 3 percent this year. 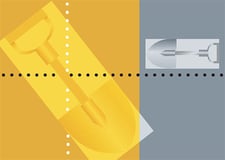 “We’re honored by this latest recognition of our state’s continued success in attracting new business,” North Carolina Commerce Secretary Anthony M. Copeland said in a release. “And the fact this Gold Shovel is a first for the state, which has received eight Silver Shovels, is further proof we’re building on North Carolina’s already strong momentum.”

Speaking of jobs, Area Development Magazine mentioned several 4-digit job announcements in their coverage of the North Carolina award including:

According to Area Development, their methodology involved “collecting information from all 50 states about their top-10 job-creation and investment projects initiated in 2017 (only those projects that actually had monies invested, ‘broke ground,’ began an expansion, started new hiring, etc. were considered).”