The new Outer Banks island has become a media sensation 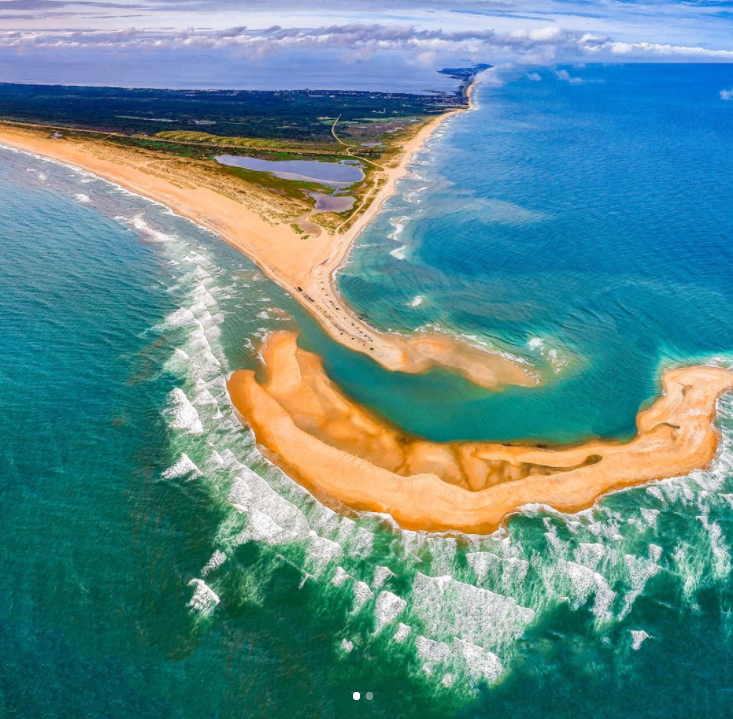 Nobody knows how long the Outer Banks' newest attraction will stick around, but it definitely has the global media buzzing.

Located off the tip of Cape Point near the Cape Hatteras lighthouse, the sandbank (unofficially dubbed "Shelly Island") is roughly a mile long and 300 yards wide. It's surrounded by fierce rip currents and recent inhabitants have included sharks and stingrays.

Hatteras resident Danny Couch told National Geographic,"Every 10 to 15 years we'll get something that's pretty dramatic. But this one is the largest one I've seen in my lifetime."

The island earned its name from its abundant deposits of seashells. But local officials have discouraged combers and collectors from wading out in search of conchs, whelks and periwinkles. In addition to the strong currents, the area may be littered with commercial fish hooks.

Though the island was barely there in April, it blossomed just in time to welcome the Memorial Day crowds. Experts can't say whether Shelly's sandy shores will link up with the mainland or be erased by rough ocean currents.

Whatever happens, it's clear that Shelly has been enjoying her 15 minutes of fame.

Coverage has appeared everywhere online from CNN and Smithsonian to Huffington Post and Travel + Leisure. The island was profiled on the radio by NPR, the iconic drone photo by Chad Koczera has popped up in countless television news segments and the story even earned attention from the BBC.