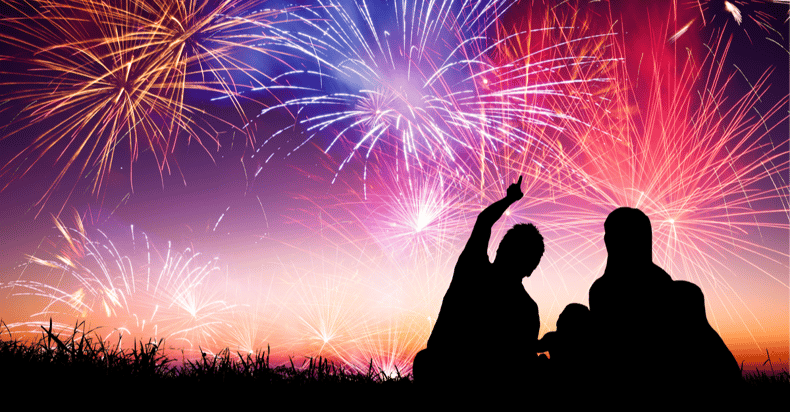 A Different Kind of Independence Day

I love the Fourth of July.

What’s not to love about a summertime holiday where you get the day off to cook outside and watch things explode?

Most years, I’m right out there in the crowd. Doesn’t matter if it’s a park, a beach or a ballpark. I’m a sucker for a great fireworks show.

This year, of course, it’s a different story.

In most places, the pandemic has put the kibosh on organized holiday pyrotechnics. The best people can hope for this weekend is that their firecracker-happy neighbors didn't shoot everything off during the last month and saved a few boxes for the main event.

Fortunately, here in Currituck County, the big show will go on.

We’ll be hosting our annual Independence Day Celebration on Friday, July 3 in Historic Corolla Park. The fireworks start at 9:00 p.m.

But because of COVID-19, there will be some adjustments.

Vehicle traffic will be limited, and if you drive in, you’ll need to stay inside your car. Groups gathering outside will be social-distancing instead of standing sun-burned shoulder to sun-burned shoulder. All of the “oohs” and “ahhs” will be muffled by facemasks.

And there won’t be any activities before or after the show, which means no cornhole, beer vendors or live music.

I know you might be thinking, “Gee Larry, sounds like a blast. Are we required to wear blindfolds and earplugs too? Can't we just lock ourselves in our trunks or hide under the bed until the show is over?”

But I'd rather not spend my time complaining about what we’re missing. I prefer to focus on the bright side.

And believe it or not, there is a bright side.

One bright side is that we’re all in this together... all 330 million of us. Americans everywhere have spent the last few months trading what we want for what we’ve got. Some have given up more than others.

I think about the millions of young people who missed out on high school and college graduation ceremonies. The couples who traded big weddings for virtual vows on Zoom. And all the brand new babies who have yet to meet their grandparents in person.

But they've made it through. What they got wasn't what they had in mind, but it was better than nothing.

Being forced to scale back your birthday party suddenly doesn’t seem like such a big deal.

Our country has weathered wars and a Great Depression. We’ve made it through hurricanes, earthquakes and terrorist attacks. Trust me, if the United States of America can't have a big party this year, it will be fine with cupcakes and a card from Walgreens.

We’ll make up for it next year.

And who said fireworks was the only way to celebrate Independence Day?

Bonfires used to be a big deal. Back in the 19th century, towns in New England would celebrate the Fourth of July by stacking barrels and casks and setting them ablaze. Building the biggest pyramid became a sort of competition between towns and some structures towered more than 135 feet over the crowds.

I’m sure they were amazing to watch, but they also had a nasty habit of falling over. So I’m going to go ahead and rule out 14-story bonfires.

Another tradition was the 13-gun salute, meant to commemorate the first 13 colonies liberated from England.

I’m going to veto that idea too. This is North Carolina, after all. You get everyone who owns a gun shooting 13 rounds into the air at the same time? That’s no good.

So what can we all do to help mark the 244th birthday of our nation?

You can do whatever the heck you want.

That’s kind of the point, right? This is America. Land of the FREE.

This holiday weekend, you're FREE to go watch fireworks.

You're FREE to stay home and watch a movie.

You're even FREE to grab sparklers, go stand in the street and belt out the “Star Spangled Banner” at the top of your lungs.

All I ask is that if you do that last one in my neighborhood, you sing in key and try not to catch my front lawn on fire. Otherwise, go for it!