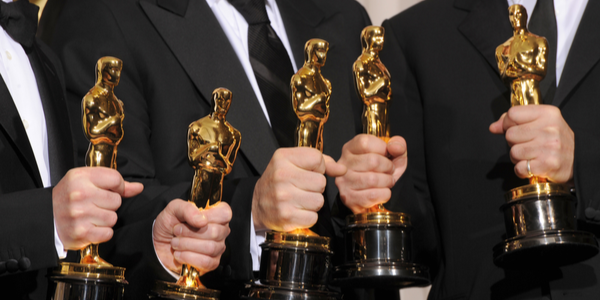 And the Award Goes To...

I will NOT be giving a speech at this year’s Academy Awards.

It turns out that I was not invited. Again.

Apparently, the Academy of Motion Picture Arts and Sciences requires you to appear in (or work on) a motion picture to be eligible for a nomination or an invitation.

I’ve watched lots of movies. I have my own headshot. And I even met Danny DeVito once.

Any one of those should qualify me for consideration.

But what are you going to do? Rules are rules.

In the meantime, I’ll just do what I do every year: not watch the Oscars on television and wake up in the morning completely unaffected by who won or lost.

The truth is that I’m a bit of a cynic when it comes to awards season.

I’ve never understood why the richest, most beautiful and pampered people in the world need another public pat on the back. Just how many Instagram followers, magazine covers and paycheck zeroes do they need to feel special?

Big egos have a big appetite. The more you feed them, the hungrier they get. And eventually, they draw so much attention and energy that we forget what really matters.

I'm bored by Hollywood trophy ceremonies. I’d much rather we celebrate those who give back.

You get the idea.

I don’t mean to pick on movie stars. I know underneath all that glitter and sparkle they’re just people doing their jobs. They can’t help it if fans are obsessed with everything they say, do or date.

But at some point, we should call a timeout and reset our priorities.

Let's take a break from keeping up with (or caring about) the Kardashians, crowning any more American Idols or reporting on crop tops and six-pack abs like real news stories.

It's getting hard to hear anything over all these people shouting "Me! Me! Me!" A moment of silence would be nice.

Maybe you agree, or maybe you think I sound like a crank.

Either way, I'm going to skip the red carpet this year and save my standing ovations for people who help others besides themselves.

They don't always have their names in lights or appear on the big screen, but you can find them if you look.

If you want to feel better, read about this guy and this young lady.

I never get tired of good news, so feel free to share what you've got.

In the meantime, take care of yourself, look out for others and just holler if I can help!