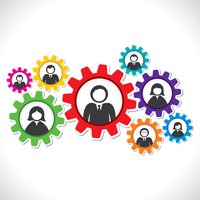 This article originally appeared in Inside Business - The Hampton Roads Business Journal, on July 31, 2015. 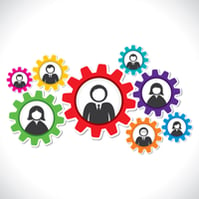 The Commonwealth of Virginia has been a trailblazer for leveraging public private partnerships (P3s) to finance major infrastructure improvements or other construction projects that have significant value to the general public.

Seasoned commercial brokers who have seized on the opportunities in Virginia should now look southward for their next P3s business venture, because just across the border they’ll find a state that has merely scratched the surface on what public private partnership projects can and will do in North Carolina.

The first public-private partnership project in Virginia came back in the late 1980s when the Dulles Greenway was built to connect the burgeoning Loudoun County to Dulles International Airport. Since then, a variety of public-private partnership projects all over the state have been approved, including upgrading the state’s IT infrastructure, operating a public landfill and power plant, and major highway refurbishing projects.

Some of these public private partnership projects are located right in the Hampton Roads area, including the ongoing $2.1 billion Elizabeth River Tunnels and MLK highway extension project. Here’s what Virginia’s Transportation Secretary, Sean Connaughton, said at the groundbreaking announcement of that project:

“The state's use of a public-private partnership structure enabled the commonwealth to attract approximately $1.7 billion in private investment to a project that yields tangible long-term benefits to the region and the state. Immediate benefits are being realized through business opportunities.”

These examples of leveraging partnerships to further economic development and business opportunities have led North Carolina to alter its policies and embrace P3s as a means to finance otherwise too costly projects. North Carolina formally entered the public private partnerships arena in 2013, when Governor McCrory signed a law allowing state agencies and local governments more flexibility to enter into design-build and P3 arrangements for publicly owned infrastructure and buildings.

The most common example of P3 projects come in the form of transportation assets – roads, airports, tunnels and bridges. No doubt, North Carolina’s embrace of P3 project structuring is being pursued to leverage private dollars for toll and turnpike projects throughout the state.

As a result of these changes, progress in North Carolina is already being made. After nearly 40 years of debate, the Mid-Currituck Bridge project, a 7-mile toll bridge that will connect the Outer Banks to the mainland, is moving forward. The state’s share of this $600 million project, in large part thanks to a P3 project engagement, is now a more palatable $174 million. The Mid-Currituck Bridge has the potential to greatly bolster economic activity in communities on both sides of the bridge, and could set the pace for future P3 infrastructure investments throughout the state.

You’ve had success in Virginia with public-private partnership projects. Continue along your path of prosperity by tapping into the vast and fertile territory in North Carolina.

Get more free tips on commerical real estate in our free guide for small to midsize businesses.