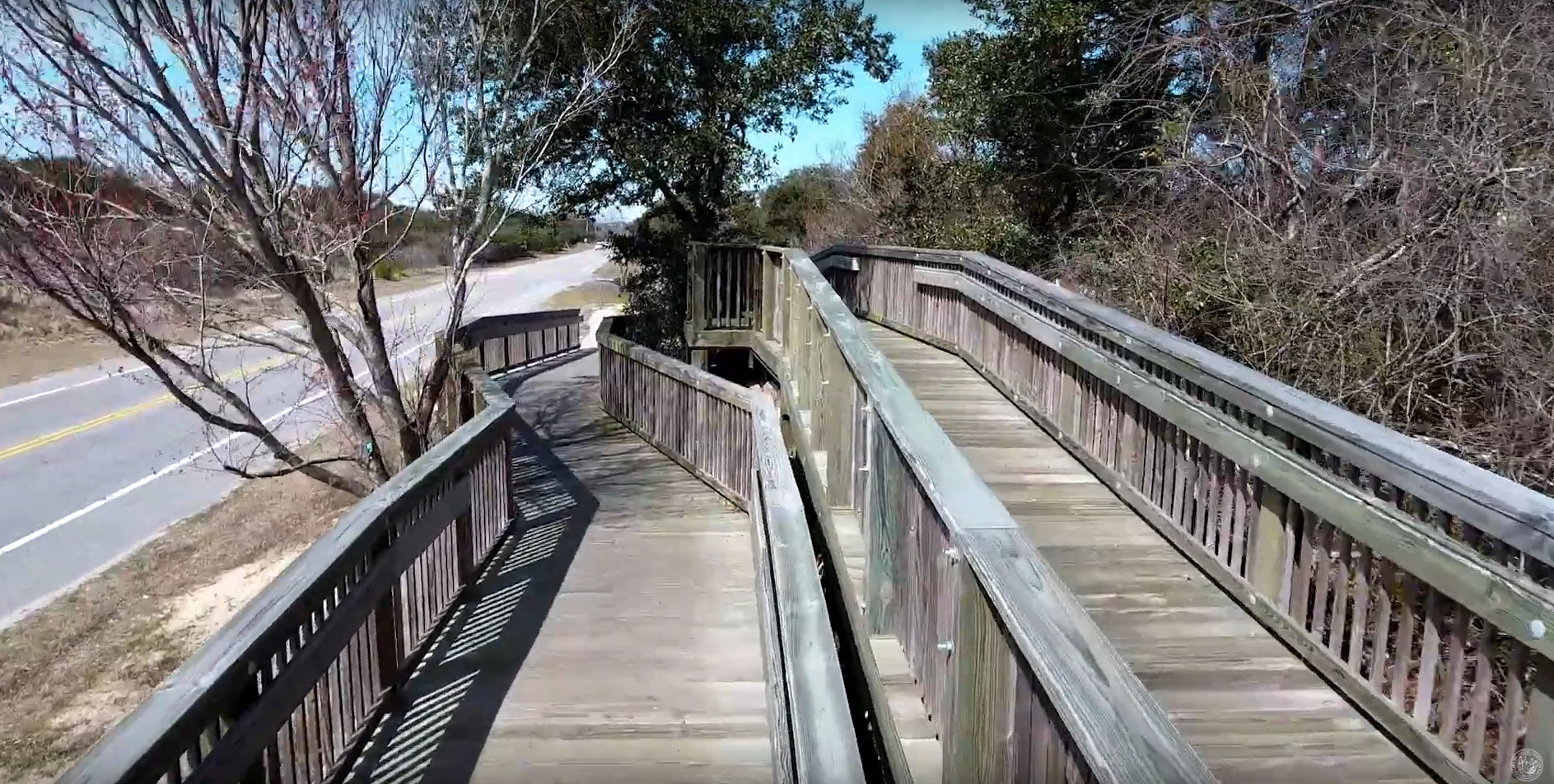 The Mobi Awards were created to honor towns, cities, and counties throughout the state for completing projects that showcase the important and transformational role that investments in multimodal transportation – such as bicycle, pedestrian, rail, transit, ferry, and aviation projects - play in making local travel easier and more efficient.

"We are doing... creative things with all the challenges that we have with the narrow road and the amount of people that we see during the season," said project coordinator Eileen Wirth. "We're excited and appreciate all the partnerships that we've had with NCDOT to be able to do these projects."

Winners were chosen in five categories – Rural, Suburban, Urban, Tourism and Innovation. The Corolla Greenway was selected as the first place winner in the Suburban category.

The Corolla Greenway is a 4.5 mile paved path that runs along NC 12 on the Outer Banks. The Greenway is 10′ wide, fully ADA-accessible, and includes pocket parks along its route. Along with providing opportunity for healthy recreation, the path allows pedestrians and cyclists to safely move along NC 12 and connects neighborhoods to destinations such as shopping and beach access points.

Construction of the Corolla Greenway has been completed in phases. The Mobi Award specifically recognized phase three of the Greenway construction, which connected Ocean Sands to Monterey Plaza. The county’s funding for the project has been supplemented by grants from the NC Parks and Recreation Trust Fund.

A project to extend the Greenway an additional mile is currently underway and will be completed this spring.

Currituck County also tied with the City of Raleigh for first place in the Innovation category, for the Corolla Village Road Sidewalk project.

The Corolla Village road sidewalk project added an extension and made improvements to a public beach access in Corolla. It has provided local citizens and visitors a pathway from the sound to the ocean, providing more connectivity in the community.

Bob White, Chairman of the Currituck County Board of Commissioners, and Eileen Wirth, Project Coordinator, attended the Mobi Awards ceremony in Raleigh to accept the award for the county.