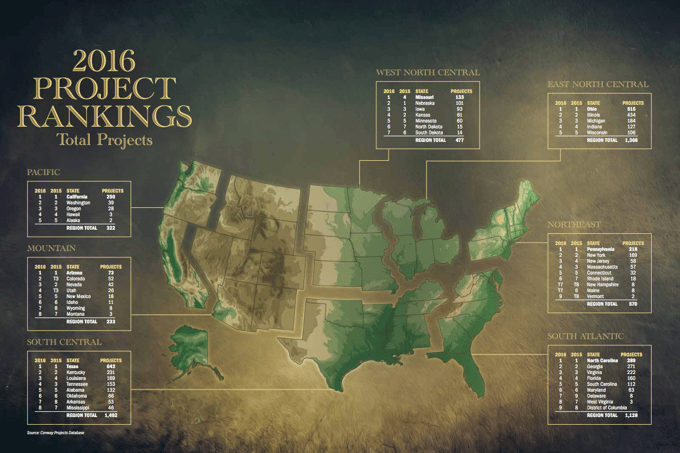 Last year was a good year for economic development in North Carolina.

Thanks to 289 qualifying projects announced in 2016, the state held on to its fourth place ranking in Site Selection magazine's much-lauded list of U.S. corporate development projects.

North Carolina retains its 4th-place position for the third straight year and earned the top spot above seven other states in the South Atlantic region for 2016.

Here's the complete ranking of South Atlantic states and number of announced projects in 2016:

According to the publication, the "Governor’s Cups reflect yearly project totals as tracked by the Conway Projects Database."  They define a "qualified project" as one that involves meets one or more of the following criteria: a minimum capital investment of $1 million, 20 or more new jobs created, and 20,000 or more square feet of new space.