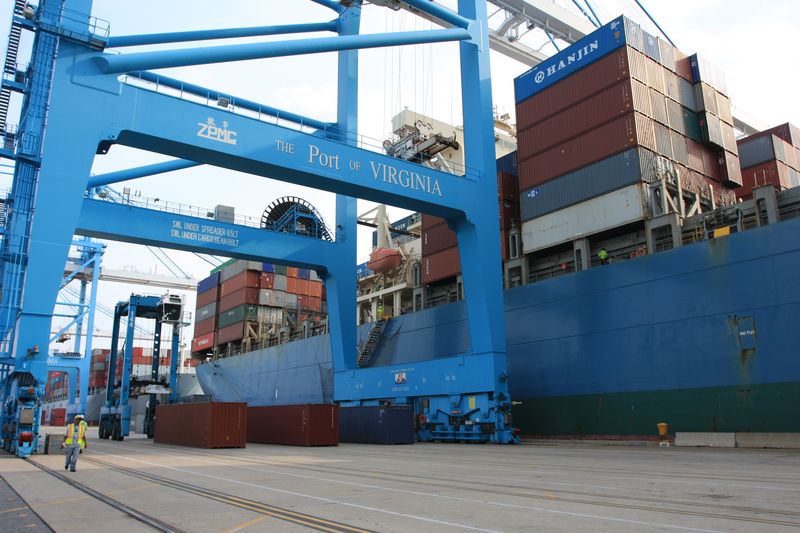 Foreign Trade Zone 20 helped make the Port of Virginia a key cog in the state’s economy. The expansion of the Zone is smart, and here’s why.

In their 2013 seminal book “The Metropolitan Revolution,” authors Bruce Katz and Jennifer Bradley write, “Places that link together grow together.”

In Hampton Roads, the move by the Virginia Port Authority to expand the Foreign Trade Zone (FTZ) follows that same sound logic.

What are FTZs, and why does this expansion benefit the entire Hampton Roads region?

Foreign Trade Zones were established by the Foreign-Trade Zones Act of 1934, intended to “expedite and encourage foreign commerce” in America. The legislation established advantages for U.S. businesses located within the Zone over their international counterparts by waiving tariffs (customs duties), and other taxes. An FTZ is a designated geographic region situated around or adjacent to a U.S. Port of Entry that benefits from favorable these customs laws.

In 1975, the federal government established FTZ 20 in Norfolk, centered by the Port of Virginia. The zone currently has a service area that includes the Viriginia counties of Accomack (partial), Gloucester, Isle of Wight, James City, Mathews, Northampton, Southampton, Sussex, Surry and York; and includes the cities of Chesapeake, Franklin, Hampton, Newport News, Norfolk, Poquoson, Portsmouth, Suffolk, Virginia Beach and Williamsburg.

In part due to the FTZ system, according to a 2014 report from the Mason School of Business at the College of William & Mary, the estimated economic impact of the Port of Virginia in fiscal year 2013 was a whopping $60.3 billion. More recently, in fiscal year 2015, the Port turned a profit for the first time in seven years, a $16.1 million profit, which is a $31.5 million improvement in operating income compared with the prior fiscal year. In commenting on the turnaround, Governor McAuliffe referenced “central role this enormous asset (The Port) will play as we work together to build a new Virginia economy.”

The proposal submitted by the Port Authority on May 9, 2016 sought to reorganize FTZ 20 and expand it by including eligible areas of the North Carolina counties of Camden, Chowan, Currituck, Gates, Hertford, Pasquotank and Perquimans; and the city of Elizabeth City.

The U.S. Department of Commerce granted approval on November 29.

“This is an incentive that can be used to attract business to the port and investment and jobs to locations within the FTZ,” said John F. Reinhart, CEO and executive director of the Virginia Port Authority (VPA). “The benefits of the FTZ can be significant and this decision opens the door in northeast North Carolina to those benefits. This gives companies that are considering an investment or expansion another reason to implement their decision.”

According to a release from The Port of Virginia: “Foreign Trade Zone 20 is the most active zone within the Commonwealth, hosting 17 warehouse/distribution and production locations with 71 firms utilizing the general purpose sites. In the 2015, FTZ Board Annual Report to Congress, Virginia is ranked no. 13 in production exports, no. 19 in warehouse/distribution exports and no. 20 in merchandise received for production sites.”

Here are four benefits our region will get from the expansion of Federal Trade Zone 20:

• Added processing and distribution of imports retained in the region. The ancillary work created by the Port of Virginia should not be overlooked. The William & Mary study of the FY’13 economic impacts of the Port found the Commonwealth of Virginia produced 16.9 million tons of waterborne exports, valued at $18.3 billion, directly engaging 70,900 employees. Increasing the volume of exports by adding the goods made in North Carolina would increase the valuation and jobs created by the Port.

• We have the infrastructure for it. Eastern North Carolina has a direct line to the Port via rail, ship, or truck, and the Port has the capacity. The announced I-87 corridor connecting Hampton Roads to Raleigh adds another vital supply line. Including eastern North Carolina goods in the FTZ will make the Port even busier than it is today.

In their fiscal FY’13 analysis of the Port, William & Mary researchers conclude, “The quickly changing environment and pressures on Virginia’s maritime infrastructure can rightly be identified as a challenge…but being well prepared with dynamic capabilities and actively seeking new opportunities, the Virginia maritime industry is well positioned for the future.”

What could be a better new opportunity than to expand the impact and value of our existing Federal Trade Zone 20 by adding its neighbors to the south?

This article was previously published in Inside Business, The Hampton Roads Business Journal.