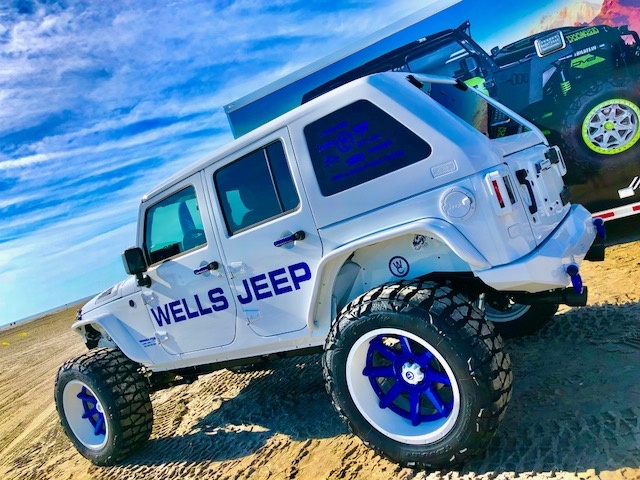 For Mike Wells, the factors were location, vacation and education when the situation called for the relocation of his vocation.

Wells, 52, was born in Washington, D.C., and has lived in Northern Virginia his whole life. So it made sense that when it came time for him to start Wells Auto Sales a little more than two decades ago, he would do so in Warrenton.

He was used to the area, and his car-buying clients found the company via internet searches, so it did not matter to him at the time that the business had “zero road frontage.”

Where, exactly, is it located?

“In a back parking lot, where Google [Maps] can’t find us,” Wells said when reached by phone in the middle of a busy work day.

This summer is especially busy. His company is working on 35 custom Jeep orders, including its biggest sale yet – a customer in Illinois forked over a whopping $107,000.

And oh, by the way, Wells Auto Sales – which now exclusively specializes in custom Jeeps – relocates Sept. 4 to Currituck County at 101 Ballast Rock Drive, on the west side of Caratoke Highway in Powells Point.

From currently tucked away to a Currituck highway.

So why North Carolina? 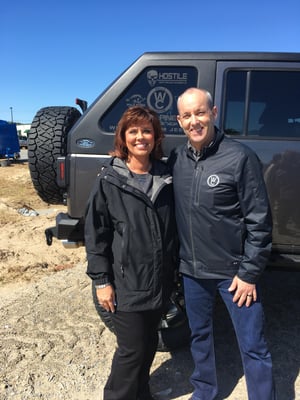 “We’ve been coming down there for 20 years,” Wells said.

He and his family – wife, Beverly, and two sons – regularly vacation in the Outer Banks and stay in Manteo. They have owned a house there for two years. Now they will make it their home.

“The main thing is the schools are better,” Wells said. “We felt it was a better area than where we are at. We’re very comfortable there.”

Wells is the president of Wells Auto Sales. His wife is the vice president.

“Beverly is an amazing, hard worker,” Wells said. “She keeps the dealership together.”

Also on the way to Currituck are their seven full-time employees, with room for more.

As it enters the county, the company will carry in more jobs, subcontracting opportunities and taxes.

“We really feel strongly that we’re going to bring a lot of business to the area,” Wells said. 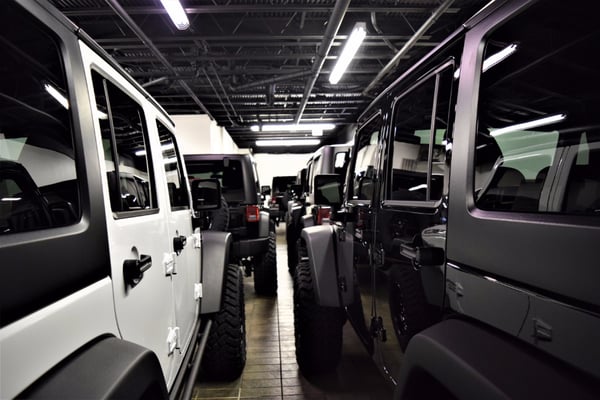 Wells Auto Sales will draw plenty of attention when customers’ custom Jeeps are displayed on the lot, just 40 feet off Caratoke Highway.

Wells “stumbled across” the two-acre parcel during an internet search four years ago. He bought the property and sat on it until the time was right to move.

At the time of the purchase, Wells thought it was a good deal.

“We’re about to be on a major highway,” Wells said.

He had no inkling just how ideal the location would turn out to be.

“We didn’t even know the waterpark was gonna be built,” Wells said.

The Jeep business will open just down the road from H2OBX Waterpark.

Wells met with Currituck County Economic Development Director Larry Lombardi and his team when it was time to relocate.

“Everyone was very friendly and cordial,” Wells said. 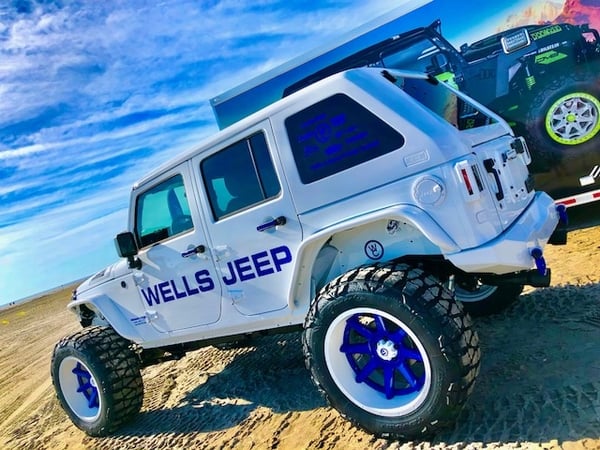 The building on the two-acre lot will be 50 feet by 100 feet, with windows in the welcome area allowing customers to peek into the shop.

Wells is setting up shop approximately 245 miles from where his career started.

He attended high school in Manassas, Virginia, and then went to work as a salesman for a Toyota dealer in town. Two years later, he was promoted to manager at age 22.

After spending the rest of his 20s in that job, it was time to head out on his own. Call it an eight-year itch.

At age 30, Wells became a third-generation dealer of late-model, low-mileage vehicles in Warrenton.

In 2012, he switched to customizing Jeeps.

“I just came up with the idea myself,” Wells said.

He performed one Jeep lift here, another there. First, it was just lifts. Then he raised his game.

“We do everything except the painting,” Wells said.

He works with other companies when orders require custom paint jobs.

“And we have a couple big partners” for the rest, Wells said.

Big, as in auto royalty.

Petty’s, as in Richard Petty’s.

Yes, Mike Wells is in business with The King of NASCAR.

As for audio, he partners with a name which also should sound familiar: Alpine.

Each custom Jeep is built with new components offering a limited warranty, and each vehicle has a clean CARFAX history report, according to the company website. The majority of inventory is under the original manufacturer’s warranty.

Wells ships to all 50 states and has secured custom-build orders this year from Florida to Alaska.

The move to North Carolina will be easier since he leases the facility in Warrenton. No need to worry about selling one property before making the transition.

In addition, there are several advantages to doing business in Currituck.

The cost of living in Currituck County is 8 percent less than Warrenton, according to smartasset.com.

What Currituck County gets by way of this economic development is an established business with high marks.

“We’ve got 341 five-star reviews on Google,” Wells said. “If someone wants to buy a lifted jeep, they Google it and we come up.”

Sure enough, typing “lifted jeep” into the Google search bar on the day Wells was interviewed resulted in the company website appearing on the first page.

For more information about Wells Auto Sales, go to wellsautos.com.