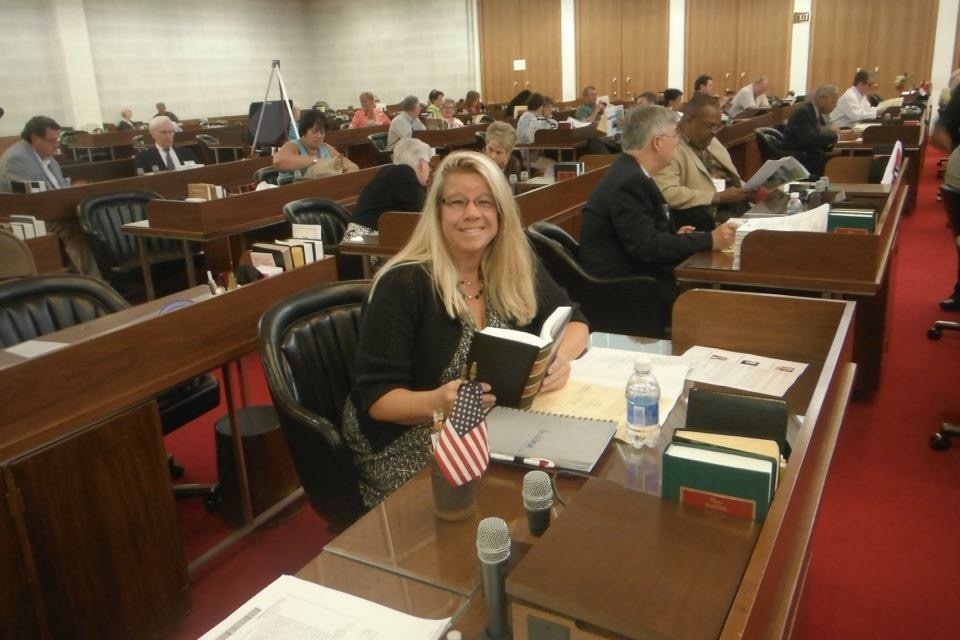 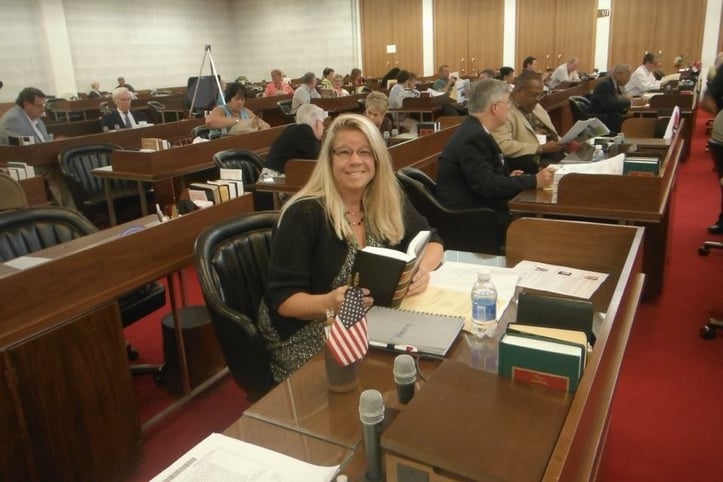 Currituck’s Senior County Commissioner Talks About Putting People Over Politics, Strategic Development and the Big Man Who Taught Her About Kindness

Marion Gilbert represents District 5 (Moyock) on the Currituck County Board of Commissioners (BOC). Elected in 2010, she is currently the senior member of the BOC.

Gilbert moved to Currituck County a little over 10 years ago. She has more than 25 years experience as a human resources professional and currently works in the maritime industry for a company in Chesapeake, Virginia.

As part of our “Meet Your Commissioners” series, we spoke with Marion Gilbert about controlling growth in Currituck County, making progress in the Maple Commerce Park and the best way for people to get started in local politics.

Where did you grow up?

My parents built a home in Chesapeake and I’ve lived there the majority of my life. I grew up right over the border in Great Bridge. I attended Great Bridge High School and then I was a business major at Chowan College (now Chowan University) in Murfreesboro.

After college I purchased my first home in Chesapeake. But after development and downsizing of properties and the overabundance of growth in the neighborhood I lived in, I decided to sell my house in 2006. Then I started looking for property in Currituck.

Two of my three siblings—both of my brothers—lived in Moyock. They were instrumental in helping me find property. My niece and my nephew are there also… so my family is really what brought me to Currituck.

It wasn't a big step for you to cross the border into North Carolina?

No, it was simple. I worked in Portsmouth, Virginia, so I just became part of the bedroom community that commuted from Moyock to the Tidewater area. 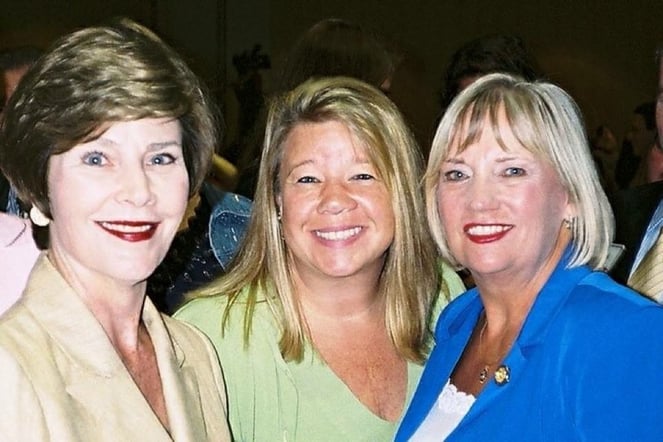 How did you get into politics?

When I lived in Chesapeake I was very active in grassroots efforts and local politics. Congressman Randy Forbes was a huge mentor to me. I attended and volunteered at lots of grassroots and political events. I had the opportunity to meet and listen to Condoleeza Rice speak, her aunt and mine were teaching colleagues and close friends. I also remember meeting Thelma Drake and Laura Bush and having the opportunity to talk with those ladies, and at that point I thought: I need to do more.

Do more in politics?

Well, not so much the politics side… it was my humanitarian and philanthropic efforts that I was more involved in.

When I moved to Currituck, I wanted to continue those efforts. I started at the grassroots level by getting involved in local politics. I attended Board of Commissioners meetings and during Vance Aydlett’s 2008 campaign, I got to know him and his wife Kathy. They were instrumental in giving me a broad view of how North Carolina politics and the politics in Currituck worked.

How did you decide to run for the Board of Commissioners?

I was attending the Commissioners meetings. I was reaching out, wondering how I could serve. Paul O’Neal had an appointment open on the Airport Advisory Board. So I joined that board as a citizen appointee in 2007. That's kind of how it all started.

In 2010, the Moyock seat opened up and there wasn’t a candidate running from my party. I worked diligently trying to find somebody to run for that seat, then one of my colleagues suggested, "Why don't you give it a try?"

I did. I ran against Janet Taylor who was an 18-year incumbent. She had experience on the School Board and as a commissioner. I had only moved to Currituck just two years earlier in 2007. I really didn't know if I would have a chance, but on election night, the people spoke and elected me.

How was it when you first joined the Board of Commissioners?

It was challenging at first. I was the only female on a seven member board and it was predominantly seasoned men that had been there for a while. Guys who grew up in the county and had a lot of history. I wasn't part of the “good old boy network”... which is how Currituck politics was known.

Not only did I have to learn about the ins and outs of the political arena, I also had to learn the culture and the history of the county. But I really embraced that. Every opportunity I had, I got involved.

You had worked with some members of the BOC before.

I had worked with Vance before on county issues and also with John Rorer on the Airport Advisory Board, before I joined the Board of Commissioners.

Later, John and his wife Debbie invited me to become part of Currituck Kids. I'm now on the Board of Directors and have been for almost 10 years now.

Debbie passed away in 2012. The night before she passed away, she looked me square in the eyes and said, "Marion, I need you to take care of the politics." Her exact words were, "Kick butt and take names."

I owe a lot to John and Debbie Rorer. The kindness that John and Debbie brought me helped shape my perspective of county government: I don't have an agenda. It’s all about what I can do to help and make a difference.

Do you still work in Hampton Roads?

I do. For close to 30 years I worked in Norfolk and Portsmouth in human resource management. I spent many years as a government contractor working in human resources to support our Navy. I’m currently the vice president of human resources for a maritime company in Chesapeake, supporting the Army Corps of Engineers. Our military is very important to me.

And Currituck County is part of the Hampton Roads MSA, so the relationship between the county and southeastern Virginia is important.

It is. And I have a great relationship with our partners across the line in Chesapeake. I've worked closely with them. If there are items that pertain to the border of Chesapeake and Currituck, I’ll talk with their City Council members. I have a regular dialogue with the elected officials on various occassions and I've worked with the planning board in Chesapeake.

Whenever we can, we look for ways to combine our efforts.

What do you see as some of the most urgent issues the county is facing right now?

One of the biggest issues in my eyes is that we've got to continue services at a minimal cost. Tourism is our biggest industry and that income helps keep what we have to pay for services and taxes to a minimum.

Another big thing that I'm working on right now is flooding in the Moyock area. That's a countywide issue.

You mentioned that one of the reasons you left Chesapeake was too much growth. Are you worried about that in Currituck?

I recognize that growth is inevitable, but we've got to be able to plan strategically. With things like our Land Use Plans, we can strategically control growth without it becoming a hodgepodge.

I don't want to take away the rights of people who are developing land. If a farmer or landowner wants to develop their property, I don't want to stop that. But we’ve got to strategically do it so that we don't end up with the kind of overgrowth you see in Virginia Beach and lower Chesapeake. 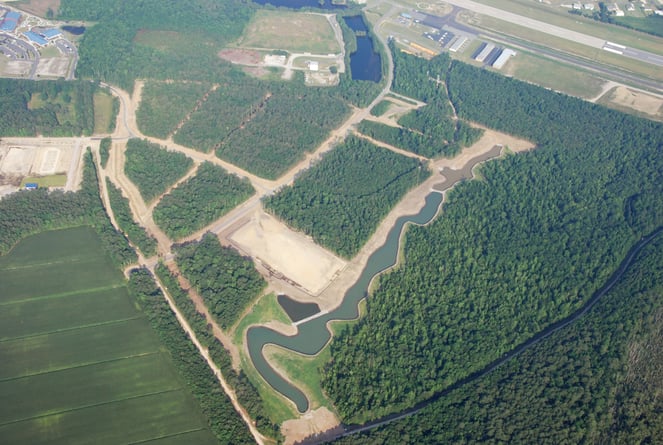 What do you imagine Currituck looking like in 20 years?

We developed the Maple Commerce Park, but it's not taking off with the commercial growth that I thought that it would. I worked on the master plan to develop the Maple area and we put in phenomenal recreation facilities. We have travel teams that can come to the area, but we don't have a hotel, and that is really stunting us from developing the business base. We need overnight accommodations on the mainland in Currituck.

I totally support our local businesses and anything that I can do to boost them is important. Before we focus on attracting big business or growing the housing market in lower Currituck, I think that we really need to focus on our economic development and how we can bring more commercial and manufacturing to the Maple Commerce Park.

Why do you think it’s taken so long for the Maple Commerce Park to get going?

I think that we didn’t work the economic development strategically enough. But now that we have Larry Lombardi's expertise on board, I think we’ll see more growth. I think that he can bring us a good mix of resources and experience. And his relationships with Edenton, Hertford, Pasquotank and the Tidewater area will help.

So you're optimistic about it?

What do you want people to know about the Board of Commissioners?

You’re also a big believer in getting others involved in the process.

It’s so important for our citizens to be on these advisory boards and to volunteer their efforts. They can really help, because not one of us has the bandwidth to work 24 hours a day on every effort that's going on. In our county, these Citizen Advisory Boards are one of the most important groups that people can join to make a difference.

You don’t need to run for office, there are a lot of ways in that people can take part..

There are all kinds of opportunities. As a new person, I learned by attending the Board of Commissioners meetings. I learned by listening and talking to people.

There's power in numbers. We've got 26,000 citizens. If half of them took the time and volunteered or stepped up to the plate to serve in some capacity… what a wonderful world we'd live in. 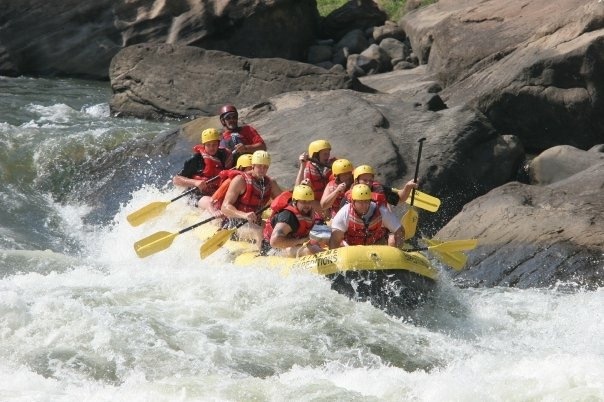 My friends tease me that my social time is spent attending dinners, functions and volunteering for different causes or political events. But really I enjoy a simple, relaxing day on the beach. I have a passion for white water rafting. Just being outdoors and spending time with my family is so important.

Do you spend time with your parents?

My mother passed away. My Dad is 79 years old and he's been a huge mentor in my life. He's a retired fireman. He was civil servant for many years, working at the Naval Base. Then he worked as a subcontractor after retirement. Six months home with my mother, she couldn't handle him being home, so she sent him back to work.

My Dad is tall… he's 6'7" and wears a size 15 shoe. He's kind of a gentle giant. My friends used to tease me, when they'd come over and his shoes would be sitting by the door. They would say, "Does a giant live here?"

My dad is just an outstanding citizen and a kind-hearted person. I guess that's where I get my kindness from, I try to be kind to everybody that I come in contact with.

Have you always been one to get involved in causes and groups?

I'm a huge advocate for children, for animals and our seniors. If I can pay it forward that's really what I'm all about. I've been very blessed for the opportunities I've had in my life. You know, God has a plan for me and I'm just trying to figure out what that plan is.

Wherever I'm called to serve, that's what I do.

I guess that's how I ended up in Currituck, trying to do better for my community.

Previous Story
← Sounding Off About the Mid Currituck Bridge
Next Story
Economic Development: The Future Looks Bright for Currituck County →