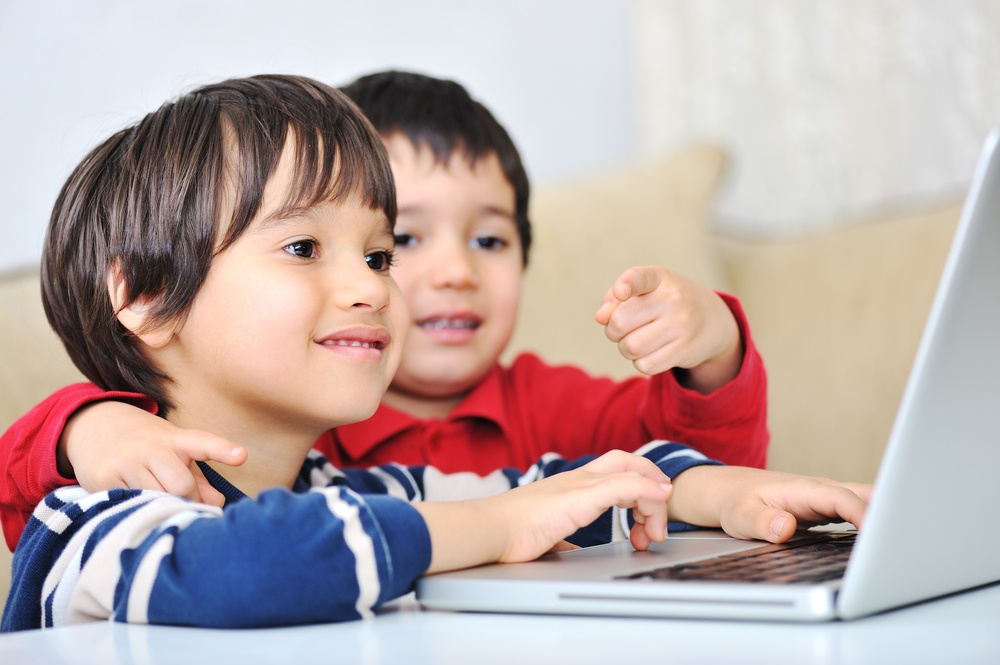 In a recent survey, Currituck County residents chose “infrastructure” as their number one economic development concern.

That should make sense to anyone who’s even been close to the Outer Banks during the peak summer season. Upgrading roads, adding lanes and building new bridges is vital to improving the flow of traffic throughout northeastern North Carolina.

But infrastructure is about more than highways and byways.

Infrastructure covers all the service systems that keep a community (and its economy) functioning. Infrastructure includes utilities such as electricity, natural gas and water. Since the digital revolution, broadband networks have earned a place on that list.

Today, we rely on our broadband connections just as much as any traditional utility. Some may argue we depend on it even more.

In the 21st century, the internet has become the centerpiece of modern communication, commerce and entertainment. According to Internet World Stats, half of the world’s population is online and almost 90% of North Americans use the internet. 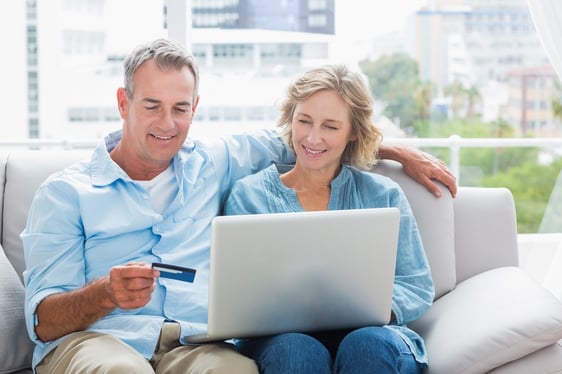 And they aren’t just browsing, they’re buying… a lot. Forrester predicts that online sales in the United States alone will reach $523 billion by 2020.

Think for a moment about how much of our lives depend on access to information and online services. Now imagine your life without that instant connection to the rest of the world...

No email. No social media. No funny cat videos.

Of course, some of you might prefer an internet-free existence. But it’s important to understand that improving regional broadband is about much more than making life easier for streaming TV binge-watchers and online shoe-shoppers.

Digital connectivity has transformed the world. Any town, city or county that doesn’t change along with it will be left behind. Fortunately, there are people and organizations dedicated to helping our state stay ahead of the curve.

The first line of the executive summary sets the tone, stating, “High-speed internet may be the most significant innovation of the late 20th century.”

Why? One reason is because high-speed internet touches just about every area of the modern world. 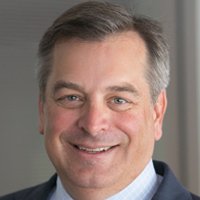 “Broadband is important for all aspects of life in the 21st century,” said Jeff Sural, NC BIO’s director. “Economic development, education, healthcare, public safety, workforce development… access to high-speed internet is vital to growing each of those areas.”

NC BIO makes recommendations to the General Assembly and the Governor’s office, as well as to state agencies and local government officials and leaders. Their goal? Improved broadband access and adoption throughout the state.

There’s a reason that most of us think “social media” when the topic of internet connectivity comes up.

Social media is a big deal. The numbers speak for themselves:

Those are huge numbers, and they get bigger every day.

Social media has definitely revolutionized the way we connect and communicate. But improving regional broadband delivers benefits that will impact more than your immediate circle of online friends.

North Carolina’s Digital Learning Plan is an initiative to replace textbooks with digital learning devices by the end of 2017. That’s great news for students… unless they happen to live in an area with little or no connectivity.

Those kids are at a huge disadvantage. In order to keep up with schoolwork, they need to find some way to connect. Sometimes, it means that their parents drive them to a restaurant or public library for free wi-fi access. Other times, the work just doesn’t get done. 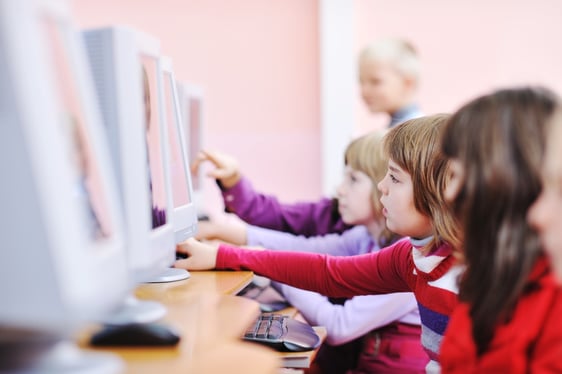 This so-called ‘homework gap’ is a huge concern for educators, community leaders, and parents.

The late Larry Steffann, former general manager of The Wireless Research Center of North Carolina, believed it should be a huge concern for all of us.

“If you have children that are living without access then they can't compete,” said Steffann. “Whether you're in 3rd grade or 12th grade, it's really not fair to the child.”

“I'm talking about knowledge and education and access to the world,” he said. “I think you need to make this the most important aspect of trying to level the playing field for any child.”

Any modern business that wants to be competitive and successful is connected online.

While the study shows that nearly all North Carolina businesses are connected to the internet, not all of them were satisfied with the quality of their service. Research also made clear that work needs to be done to help new businesses (and new workers) keep up with evolving technologies.

The report noted that “a need exists for the coordination of structured, targeted, training for NC small businesses who lack the fundamental digital literacy skills to take advantage of new broadband-enabled technologies to increase efficiencies and revenues.”

If we want to continue to attract new companies to the region, we need to offer the best digital infrastructure possible. And if we want to help our established businesses grow, we have to provide technology that can take them to the next level.

Better broadband can save lives

One of the fastest technology-adopting industries is healthcare.

According to a 2017 Internet Trends Report, 88 percent of consumers are using at least one digital tool for their health. The report also notes that 95% of healthcare providers give patients access to their medical records online. And there is evidence that collection and sharing of data is dramatically accelerating research and the delivery new treatments, drugs and cures.

This kind of modern medical technology means that people who live far away from their doctors don’t always have to make the journey to get treated in person. Telehealth (virtual medical and educational services) can be a huge benefit to rural and low-income communities… but only if they have access to high-speed internet.

Fast and reliable connectivity also gives first responders and law enforcement instant access to data that can mean the difference between life and death. And when natural disasters strike Hampton Roads and the Outer Banks, storm warnings and emergency communication provide vital information for preparation or evacuation.

Improving regional broadband isn’t just a matter of wishing it to be so. There are some real obstacles to overcome.

According to NC BIO’s Jeff Sural, there are two big challenges.

The landscape of North Carolina poses plenty of practical challenges for building the physical aspects of a broadband network. The west has mountains and thick forests. Here in Currituck, we’re faced with wetlands and water.

Sural said that finding the best way to connect those areas presents some real engineering obstacles.

“It’s not impossible, just tricky,” he said. “In some rural areas, we’re dealing with 20 and 30-year-old telephone service that is overwhelmed and really needs to be upgraded.”

Since every location is different, the solution isn’t “one size fits all.”

“A lot of it is dependent on topology,” said Larry Steffann. “An area like the coast is actually ideal for fixed wireless broadband.”

Fixed wireless broadband sends its signal between vertical assets, transmitting from tower to tower or to receivers on top of buildings. It can be a more cost-effective solution to laying fiber-optic cable, but some areas are better served by traditional connections.

Which one is better?

For Jeff Sural, the best answer is “whatever works.”

“We are technology agnostic here and want to see whatever solution is available,” he said. “Every community is different.”

One of the most important groups at the center of improving broadband are the internet service providers. They are the companies who build the connections and maintain the flow of data and information. Providers go where there’s enough population density to support new service.

That hasn’t been good news for residents in more rural areas. But technology is changing fast and innovation is leveling the field.

“That competition is key,” he added. “Competition will drive innovation and affordability. When you have more than two providers in an area, you're really going to see prices drop and I think that's a good thing.”

Adoption, in terms of broadband, refers to the percentage of people who subscribe to service. Today, North Carolina ranks as one of the lowest adopting states in the country.

Just because someone has access to high speed internet doesn’t necessarily mean they’re going to use it.

There are a million different reasons why someone wouldn’t subscribe, but most of them have to do with cost and digital literacy.

Some households can’t afford the monthly fees or a computer to get them online. Some don’t know how to use a computer, browse the web or send an email. And there are still others who don’t see the need or have a use for the internet at all.

Nobody should be “forced” to use the internet, but raising adoption rates in certain parts of the community will benefit everybody in the region.

If we want to trigger that chain reaction, we need to boost adoption rates. 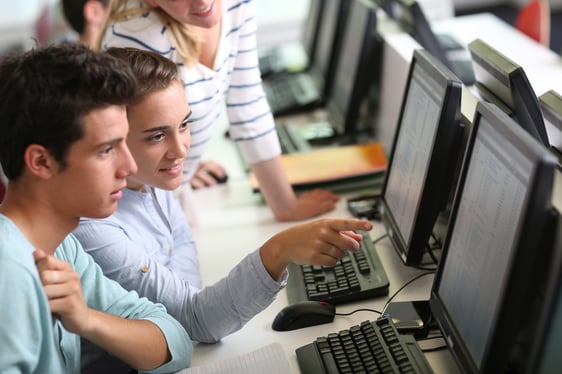 The goal of NC BIO’s plan is for every North Carolinian to have affordable access to broadband service—wired or wireless—by June 2021.

Reaching that goal is going to involve a coordinated and cooperative effort between citizens, government and the business community. It also demands action. Modern technology moves fast and unless we’re committed to keeping up, we risk getting left behind.

“Waiting for the world to slow down is not going to help,” said Steffann. “A lot of people just don't see the need for internet access, they wonder why can't we just live as is. They’re not at all interested in change, but you know... that cow's out of the barn.”

Here in Currituck County, “keeping up” starts with embracing the idea that building a better technology foundation and improving broadband is key to our economic success.

Our natural assets are already world famous. What we need to do next is make sure that our man-made assets are world class.

There’s never been a better time to push forward and our location provides us with the best of both worlds.

As a North Carolina county, we benefit from a dynamic statewide digital initiative. As a member of the Hampton Roads MSA, we are next-door to huge digital development projects in Virginia Beach that will create regional and global opportunities.

But I don’t want Currituck to simply stand by as our neighbors prosper.

I want us to participate.

We can’t participate if we’re not connected.

And we can’t connect until we’re willing to change the conversation about improving broadband in Currituck County.

These Stories on Broadband