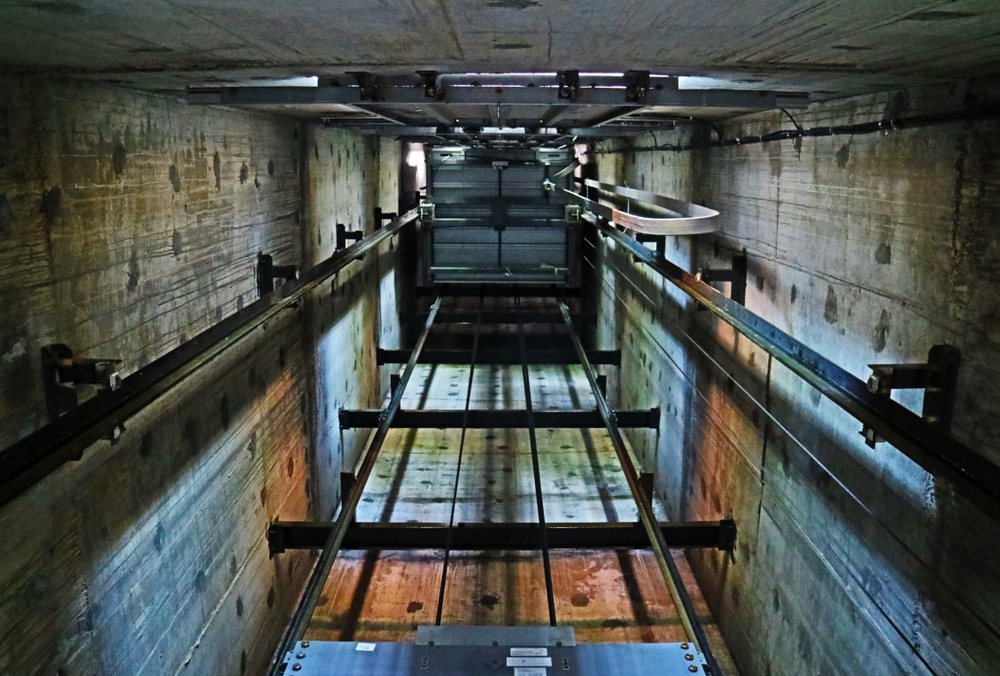 Wayne Chiselbrook has made a living letting people push his buttons, but that's a good thing.

Back in 1988, no Virginia elevator company was willing to have an office in northeastern North Carolina because there wasn't much commercial demand. As far as residential work went, putting elevators in your beach house was still seen as a luxury.

Maybe he had a feeling that things would change. Maybe he saw a trend coming that nobody else could see.

Maybe he just wanted to... get in on the ground floor.

Wayne took a leap of faith and opened Outer Banks Elevator more than 30 years ago. His gamble paid off.

Eventually, builders and buyers changed their minds about residential elevators.

Today, they're a common feature in multi-level homes on the Outer Banks, and the business of installing machines that get people from one floor to the next has kept Wayne's company very, very busy.

Growing Up and Going Up

Wayne has been around elevators since he was a small child.

His father started a Norfolk elevator business in 1947.

Wayne got to “push the buttons” and eventually graduated to helping separate nuts and bolts.

“Once I got enough beef on me to outweigh his toolbox, he let me carry it and I would go with him to work,” Wayne said.

Wayne’s father sold the company in 1978.

In 1985, Wayne became a Norfolk branch manager for a Baltimore elevator company. But the position did not allow Wayne to work with his hands, which he found frustrating.

He recalled sending his office manager down to the Outer Banks for a week to do a demographic study of the area. Wayne wanted to know what they were building at the beach and how much they were spending.

He hoped to talk the business he was working for into opening a branch on the Outer Banks. But they didn’t see the business potential and the residential boom hadn’t happened yet.

Back then, if someone wanted an elevator in an Outer Banks home, their contractor would call a company in Virginia. Because the company wasn't on site, misunderstandings would often arise. Those difficulties helped convince builders that elevators were a problem, so most Outer Banks contractors tended to discourage adding them.

“Adding an elevator got a bad rep and service down here was terrible," Wayne said.

He saw an opportunity, so he ran for it before the door closed.

Heading South and Starting Out

Wayne figured that if he could run his dad’s business, he could just as easily run his own business.

So he quit his full-time position and started out on his own.

In the beginning, he had one job and commuted from Norfolk. Eventually he moved to the Outer Banks, where he sometimes slept in his GMC Suburban.

“My first warehouse was in Currituck," Wayne said. "I put a platform in the back and sometimes I’d sleep there. As work got better I was driving down the road one day and saw a blue and silver van. I bought it and put a sign on it."

"That was probably the best piece of advertising I had in my whole life. It was jacked-up, and there weren’t a lot of four-wheel-drive vans down here at the time and people would see the name on it and think, 'that’s that elevator guy.' I’ve been very lucky with things falling into place for me.”

He later found an apartment at Ocean Acres in Kill Devil Hills. His van would sit outside, so people got to see that he was a local. He joined all the local associations and worked to build his reputation.

“I knew that contractors had a bad taste about elevators so I was very careful about how we did our work," Wayne said.

He built some shafts and installed the elevators. Eventually, contractors began to understand that they wouldn’t have to worry - the job would be done right.

Thinking Ahead and Taking Off

For a long time, elevators were seen as a luxury amenity. It was the mid-nineties before builders and designers of larger Outer Banks beach homes began to include elevators as a regular feature.

But before elevators became more popular, Wayne remembers talking architects into adding an area for an elevator shaft by stacking closets, putting in a false floor and leaving some mechanical space. He wanted to be ready for what was coming.

At first, younger home buyers didn’t think they needed an elevator. But soon people started wondering how they would get their elderly parents to the top floor of a three-story beach house.

Eventually, they would ask if (and where) an elevator could be added.

“In the last five or six years we’ve put elevators into a lot of those shafts that we prepared ahead of time," he said. "We’ve been doing a lot of add-ons too.”

Since opening in 1988, Outer Banks Elevator has completed over 2,000 installations.

The company averages 75 to 80 elevator installations a year. Most installs are done between January through June, with maintenance occurring May through October.

Today, the majority of their installations include service contracts, but Wayne said that for the first five or six years, few people requested them because the quality was so good and residents just didn’t see the need.

In North Carolina, there is no inspection requirement for a residential elevator, but many real estate companies do require a yearly inspection for their rental houses. 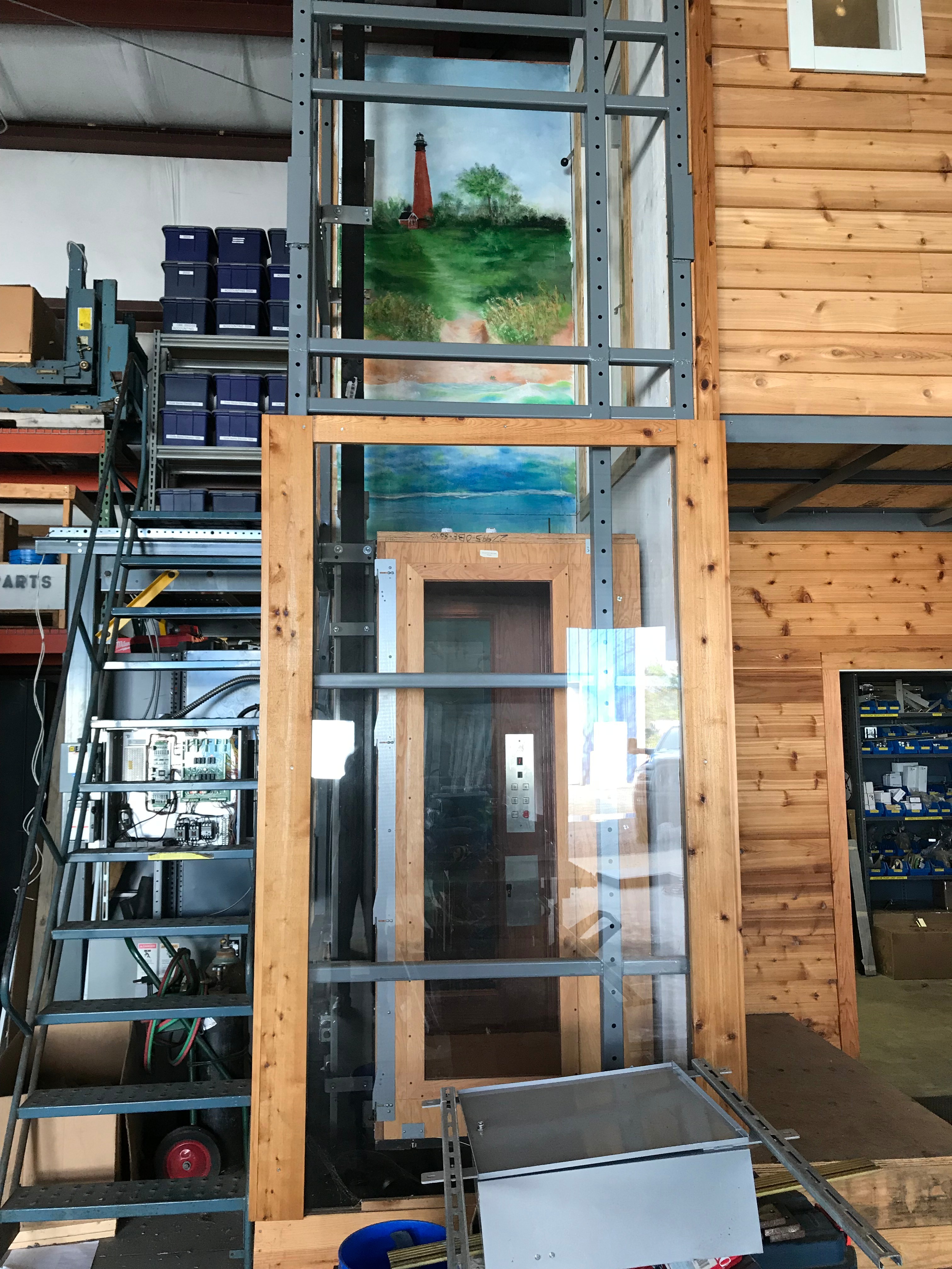 Crossing Bridges and Moving On

For years, Wayne lived on the Outer Banks until his longtime companion Kathy Godwin convinced him to move to the Currituck mainland.

"When I first came here 20 years ago, I came across that bridge kicking and screaming," Wayne said. "Kathy wanted to come over here as a better place for her kids."

But Wayne quickly warmed up to his new surroundings.

"When you live and work this far south in Currituck, you are committed," he said. "But it wasn’t too long before I realized, wow, I’m home.”

Later, he relocated his company to the mainland as well. In 1998 Outer Banks Elevator moved from its location behind the bowling alley in Nags Head to Harbinger.  Later, in 2005, the business made a move to its current home in Powells Point.

The headquarters includes a working elevator that lets people "try before they buy."

“We have an elevator you can ride up to the showroom where you can see the different colors and configurations you can get,” Wayne said.

Glass panels on the sample elevator give a clear view of the mechanics, which many people find fascinating. There's even a beautiful, Currituck-themed mural painted by Kathy.

Buyers can add a similar glass side panel option which can be used to showcase artwork (painted before the installation) or to highlight a spectacular natural view (if the panel is on an exterior wall). The glass can also help people who are uncomfortable in enclosed spaces. 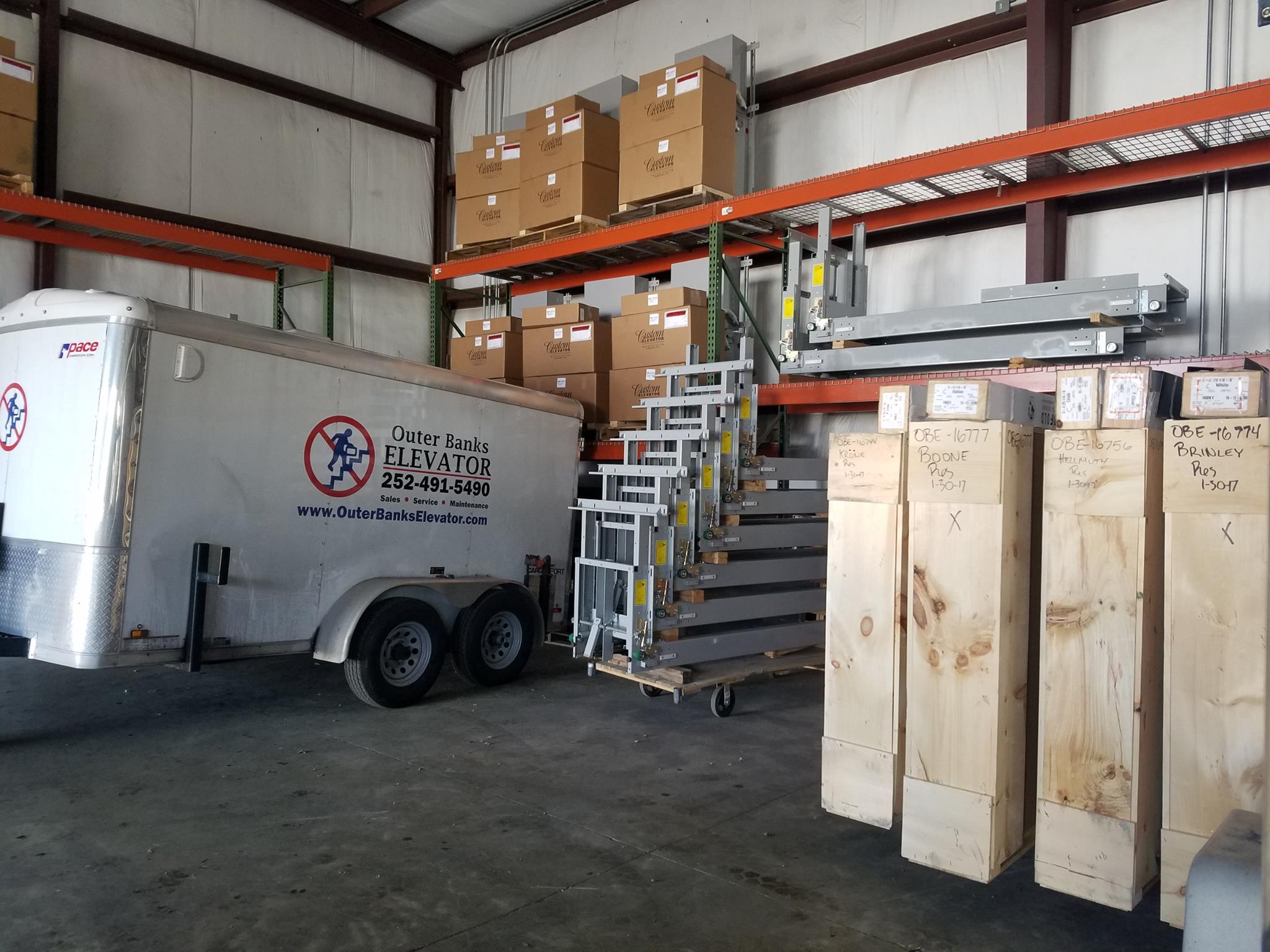 “I try to sell a quality product," Wayne said. "I’ve been working with the same manufacturer for thirty years and they are still in business because they are the best. We are just now starting to replace elevators we put in thirty years ago.”

Wayne still goes to meetings with contractors and can be found at the office, but he "officially" retired about a year and a half ago.

He still gets involved with special projects, but has learned to delegate the day-to-day duties.

“Chris, my field guy is pretty savvy," Wayne said. "He’s been working for me for almost fifteen years and he knows how I like stuff done. He’s seen and done every configuration. The crew that I’ve got are the best at what they do. It’s taken me 30 years to amass the type of talent I currently have.”

Today, he lives on what he describes as "a nice spread" with a pond in Harbinger.

“If you're looking for land that is still untouched, this is a good place," he said. "The grandkids love it. It’s the kind of place I wish I had when I was growing up. ”

After a long career in the elevator business, how does Wayne Chiselbrook feel when he looks back on what he's built?

Previous Story
← ‘Sports tourism’ generating millions for areas similar to Currituck County
Next Story
Will You Escape the OBX? - Codebreaking and Clue Hunting in Currituck →